Hungry for Explosions? F/Nazca Saatchi's Electrolux Spot is For You 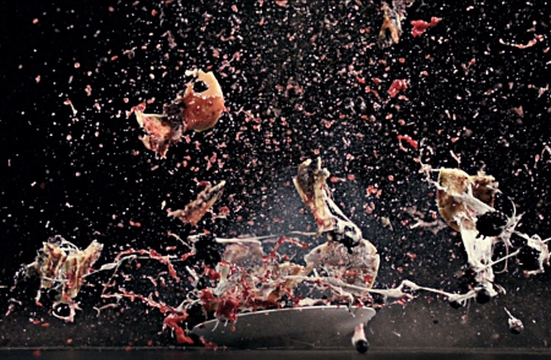 Introduced to consumers as the 1st refrigerator in Brazil focused on healthy eating, F/Nazca Saatchi & Saatchi have come up with a campaign for the DT52X which welcomes more balanced eating habits.

In this production, which airs today on pay TV, meals are blown apart in slow motion, showing that unhealthy habits can be changed with the help of the new Electrolux refrigerator.

The product differentiators, such as the applications Vida Saudável (Healthy Living) and Livro de Receitas (Cookbook) explain that healthy habits are welcome and can make a difference in the daily lives of consumers.

In addition to the TV commercial, the campaign will feature inserts in magazines and large audience portals.