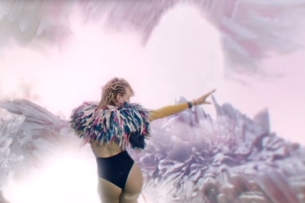 Singer Horányi Juli has recently launched a new music video for her song 'Electrical', evoking a strong sense of the 80s.

The song & music video were an exciting challenge for the singer, as she had to show her skills in a new, previously unfamiliar way for her style.

"The song is about letting go and becoming free. If we want to stay alive and have a good time, we have to get rid of the fears that hold us back," commented Horányi Juli. "When it happens and we manage to step over our own limits, it is as if we got an electric shock, suddenly we feel relieved.  It is like when you go to a festival and have fun at the concert of your favourite band.”