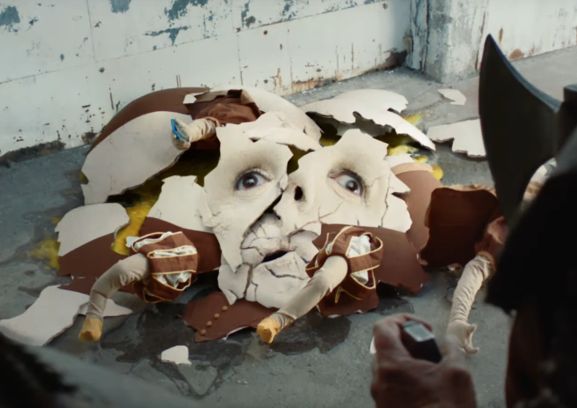 TurboTax returns to the Big Game for the fourth consecutive year with a new 45-second spot that will air during the first half on Sunday, February 5th.

In what has already been a celebrity-filled campaign for TurboTax, the new spots feature Humpty Dumpty, one of the most well-known and beloved nursery rhyme characters. The first in the series, titled “Humpty Fall,” is a 45-second spot directed by Ivan Zachariáš that debuted Sunday during the national broadcast of the AFC Championship game. The series playfully sheds light on Humpty Dumpty’s story, highlighting the world’s most-famous egg’s taxes. Because everyone knows Humpty Dumpty, but no one knows why he was on the wall or what happens after the fall.

“We’re excited to once again be part of some of television’s biggest live events at a time when taxes are top of mind for millions of Americans,” said Greg Johnson, senior vice president of marketing for Intuit TurboTax. “The Big Game and The Grammy’s give us unique opportunities to demonstrate – in an entertaining and memorable way – that with TurboTax, there’s expert help, on demand in the palm of your hand.”

Over-the-top tax situations, brought to life through hyperbolic storylines have been at the heart of TurboTax advertising this year. The campaign “Relax, There’s TurboTax” launched earlier this month and demonstrates taxpayers are in charge, but not alone, as they prepare their taxes. That’s because only TurboTax provides customers in-product access to a live, one-way video connection to a TurboTax expert or credentialed CPA or enrolled agent, to get real-time, personalised answers.

Television and web films show reassuring conversations between celebrity customers and unflappable TurboTax experts who answer even the toughest questions in stride.

The creative was developed in partnership with independent advertising agency Wieden+Kennedy, based in Portland, Ore.