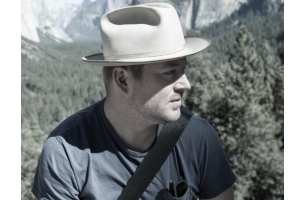 Humble has announced that Richard Farmer has joined its directorial roster for commercial representation in the U.S. Farmer's award-winning work spans commercials, music videos, and short films, and is easily identified by its smart, effortless humor.

Farmer, a native of Oklahoma, began his career on the agency side with producing stints at Ground Zero and Mindfield. An extracurricular spec spot with Guy Shelmerdine in 2002 (as directorial duo HAPPY) led to recognition at the Saatchi New Directors Showcase, the honor of best new director at Cannes, and a permanent shift into directing. HAPPY went on to be named among Creativity's top 25 directors for four consecutive years, their music video "Run" for Gnarls Barkley earned two MTV Video Music Awards, and their short film "Jane Lloyd" won best short film at the London International Film Festival and the Malibu International Film Festival. Directing independently since 2008, Farmer has continued to impress with a stellar résumé including commercials for brands such as EA, Gillette, Subway, Food Lion, Old Spice, Bacardi, and Hyundai, and award-winning turns for Amour and short film "Under God."

"I've continued to refine my career goals as time goes on, and I'm confident that Humble is the best place for me creatively as I move into this next phase," said Farmer. "Commercial work lets you continuously try so many new things, and with Humble's resources from production to post all under one roof, they'll enable me to go bigger and broader than ever before. Humble has a lot to offer and I couldn't be more excited."

"Richard has a tremendous body of work and his humor and passion for filmmaking make him a perfect fit for our roster," commented Eric Berkowitz, Founder and Executive Producer, Humble. "We're glad to have Richard join the team and he has our full support across commercials, shorts, and wherever else his imagination takes him."