humble Gets Funny with Rob Pearlstein

The director, Oscar-nominated for his short comedy, has his first feature-length comedy opening nationwide. 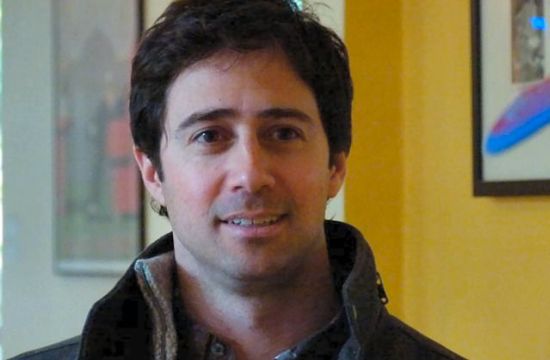 Writer/Director Rob Pearlstein has joined the roster of directorial talent at humble.  He’s an Academy Award-nominated filmmaker whose first comedy feature, “Someone Marry Barry,” was released in theatres nationwide and has reached the top 10 charts on iTunes in three categories: Comedy, Independents and Romance.

Ned Brown, West Coast Executive Producer for this New York and L.A.-based hybrid production and post company, made the announcement, doing so with a straight face.

“Rob’s a very funny, very smart guy with a successful career as a writer and director,” says Brown.  “We all know that advertising is not just about 30-second spots anymore, and with Rob we’ve got a versatile talent who can bring a lot of creative development to a project.”

A comedy specialist, Pearlstein’s short film, “Our Time is Up,” was nominated for an Academy Award.  His work also includes episodic TV, commercials and a series of hilarious web shorts documenting the story of “Matumbo Goldberg,” a young African-American man adopted by a witless suburban couple.

His feature, “Someone Marry Barry”, which he also wrote, is a romantic comedy about a trio of pals who try and marry off their socially inappropriate buddy, only to discover that his new girlfriend is just as bad as he is.  It stars Tyler Labine (“Sons of Tucson”), Damon Wayans, Jr. (“New Girl,” “Happy Endings”) and Lucy Punch (“Bad Teacher,” “Dinner for Schmucks”), with cameos from Ed Helms (“The Hangover”) and Joe LoTruglio (“Superbad”). The New York Times called the film “genuinely funny,” while The Washington Post said it revealed “winning performances and breezy, unstudied directorial flair.”

Pearlstein grew up around advertising; his father, as well as an aunt and uncle, are all in the business. He interned at Chiat\Day and eventually became a copywriter, working on brands such as Samsung, Twix and USA Network.  Seeking to move into entertainment, he parlayed his skills as a copywriter and his background in production into a career in short-form, episodic and feature work.

Since then he’s sold feature screenplays to Warner Brothers, Universal and Working Title, and written original pilots for all of the major networks and several cable networks. He served as a writer on NBC’s psychic thriller “Medium” and other series, and his “Matumbo Goldberg” short, which he wrote, directed and stars in (along with Anthony Anderson of “Law and Order”), was so well-received at Comedy Central the network commissioned an entire series based on it.

Pearlstein says he finds humble’s work highly original, and he’s got a writer/director’s appreciation for their ability to handle editorial and effects in-house. “It’s really a great bonus, as it gives us the opportunity to do things quite nimbly,” he says. “And I have a great deal of respect for Ned. We have a similar sensibility. They get me at humble, and they know what I want to accomplish as a director.”

Commercial work, he adds, offers a great deal of creative opportunity.  “You have a short amount of time in which to create mood and atmosphere, which requires you to be precise and creative in how you get it done,” he says.  “Even before I worked in movies and TV, I loved advertising.  There’s a lot of original, interesting work that’s done in the genre, and I just love the form.”

humble is represented by Hustle on the East Coast, Obsidian Reps in the Midwest, Jack Reed Reps in Texas, Siobhan McCafferty & Associates on the West Coast and Momentum Reps for the Hispanic market.