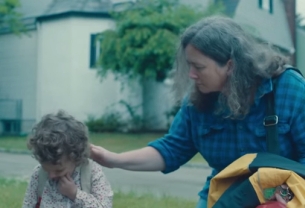 Bicoastal content studio Humble recently concepted and created the anthem video for A Force For Good, a new social movement inspired by the Dalai Lama and dedicated to transforming the world in practical and positive ways. The movement is built upon a new book released this week by New York Times bestselling author Daniel Goleman, titled A Force For Good: The Dalai Lama’s Vision for Our World, which features a compilation of the Dalai Lama’s most inspiring insights on positivity and compassion.

Humble was tapped by Melcher Media and CrossbeatNY to create a short film that would act as a central asset of the larger Force For Good movement. The challenge was to distill the movement's core ideas into one bite-sized video that would inform and galvanize a wide audience beyond the book's readers. Humble's executive creative director Sam Stephens and creative director Chris Mauch developed an anthology approach that intercuts four unique vignettes, each one directed by a different Humble director or directorial team. The vignettes include "The Mother" (directed by Sasha Levinson), "Broken Jar" (directed by Stephens and Mauch), "The Driver" (directed by Rudi Schwab), and "Plastic Beach" (directed by Samuel + Gunnar). Each vignette follows a similar three-act structure, with the unifying theme of taking action on a personal level in order to become a force for good.

"This project really resonated deeply with everyone at Humble and it presented a great opportunity to bring together a variety of directors and teams to achieve an amazing final product," explained Stephens. "It was a team effort in the truest sense of the word."

Mauch, a practicing Buddhist, created over one hundred storyboard frames for the entire video to ensure continuity throughout. Stephens and Mauch envisioned each act for optimal intercutting, with certain moments in each vignette amplifying moments in others, building to one cohesive experience. “Plastic Beach” was inspired by the actions of one of Mauch’s Buddhist teachers, while “The Mother” was drawn directly from director Sasha Levinson’s personal experiences. Editorial and post were completed in-house at Humble’s sister shop, Postal.

"Everyone who ended up participating in this project – from our staffers to freelancers to talent and even to people we met on the street during filming – was so passionate about this message and excited to contribute their services to a great cause," said Persis Koch, Vice President and Executive Producer, Humble. "It was a really refreshing experience and shows the universal power of positivity and paying it forward."

"This video went beyond branded content for us – we were all so personally inspired by the Dalai Lama’s words and the larger Force For Good movement, and we hope that the film shares that inspiration with others," concluded Eric Berkowitz, Founder and President, Humble.