Humble Belts Out with Singtrix

Production company takes karaoke to the next level with launch 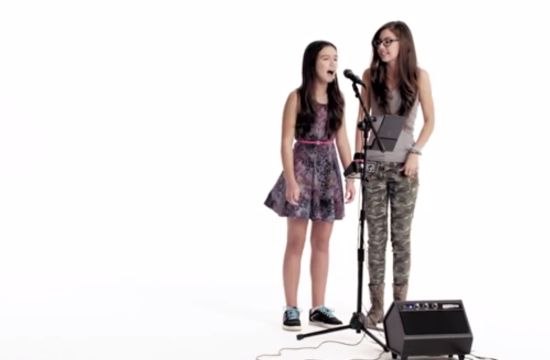 Production companies make lots of things, but most of them end up on film or video, experienced by end users on a TV, movie, smartphone, tablet or computer screen.  But a New York-based production company has just introduced something you can actually hold in your hand that’s guaranteed to make you feel better than any TV spot ever could.

The team that brought Guitar Hero to more than 50 million axe-grinding fanatics has just launched Singtrix, an all-new music party experience that completely revolutionizes singing.  Playing a key role in the creation and development of Singtrix is humble (www.humble.tv), the studio headed by President and Executive Producer Eric Berkowitz.  The product was launched at the recent Engadget Expand tech showcase at the Javits Center in New York.

humble is known in the ad world for its commercials, web videos and branded content for marketers such as Lenovo, Lowe’s, Honda, Adidas, Gillette, McDonald’s, Samsung, Time Warner, Wrigley’s, Activision and many others.  They’ve worked for such agencies as Droga 5, BBDO, Anomaly, McKinney and more.

But in addition to its slate of advertising work, humble has also provided much of the creative development behind the Singtrix launch, including marketing and promotion, branding and product identity, creation and production of online video content and social media and P.R. outreach.

Singtrix, which has been in development for three years, uses highly advanced, natural-sounding vocal effects, allowing anyone to sound like a pro. Bad singers sound good, good singers sound great and great singers sound amazing. The next generation of karaoke technology, the device is being marketed direct to consumers for $299 plus shipping through the Singtrix web site, www.singtrix.com.

humble’s involvement with Singtrix traces its roots to Berkowitz’s early years in the music and videogame industries.  Singtrix Co-Creator and CEO John Devecka is an early music game pioneer who, together with Berkowitz – a former band mate and business partner whom he met in college – introduced the first coin-operated musical performance video game, Drumscape, in 1996.  Drumscape’s patents and underlying technology would eventually find their way into Guitar Hero.

“This is an example of what we’ve been doing at humble to truly diversify ourselves as a creative company,” says Berkowitz. “In addition to being a great product with tremendous consumer appeal, Singtrix is a natural for brand integration, and we’re excited about the prospects of partnering with the right sponsors to extend Singtrix’s reach and connect them with the whole manic and highly passionate karaoke community.”

Singtrix is powered by professional vocal effects processing from TC-Helicon, the leader in live studio-quality vocal effects. The device offers more than 300 retro and modern vocal effects presets covering every generation and genre of music. It’s compatible with audio devices with a 3.5mm audio connector. Singers can simply plug in a smartphone, tablet, MP3 player or computer and choose songs from their own music libraries, karaoke apps or stream karaoke videos from sites like YouTube™. Singtrix also provides the option to lower existing vocals on standard songs with a “Song Voice” feature.

The Singtrix-branded karaoke app, powered by Karaoke Anywhere for Apple® iOS, Android™ or Kindle Fire™ tablets, includes a library of more than 13,000 songs with lyrics, and is available for a monthly subscription fee and includes individual song purchases as well.