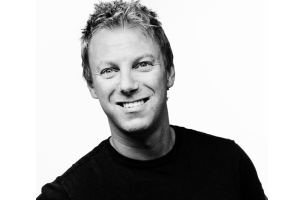 Bicoastal integrated content studio Humble today announced a significant expansion with the acquisition of Paranoid US. Paranoid was recently named one of the world's most-awarded production companies in 2014 by The Gunn Report. Paranoid's Executive Producers Claude Letessier and Dawn Fanning Moore will join Humble's executive team, bringing directors Thierry Poiraud, Nieto, Francois Vogel, Planktoon, and Peter Szewczyk. Moore will be based in Humble's Los Angeles office while Letessier will split time between LA and Paris, planning a future European outpost for Humble. To oversee this increased volume, Harrison Elkins is also joining Humble as Head of Sales.

"I have always admired Humble and its founder Eric Berkowitz for his work ethic and ability to constantly stay ahead of the curve in this ever-changing industry," said Claude Letessier. "I have no doubt that by combining forces, we will be able to achieve a wonderful synergy that will benefit clients across both production and post."

Alongside this acquisition, Humble also announced the launch of sister company Postal. Humble, which has always offered full production and post services, is breaking out VFX and post under the Postal banner, which will have its own directorial roster and in-house artists focusing on VFX-, animation-, and design-driven projects, in addition to supporting Humble projects and delivering VFX and post for third-party projects. Postal will be led by Executive Producer Andrea Theodore, who previously spent four years as Humble's Head of Production. Its directorial roster will include Hydra, David Rosenbaum, and Kris Merc, in addition to Planktoon and Peter Szewczyk from Paranoid.

"This is an incredibly exciting time for us. Being able to give our stellar post team its own brand, and the opportunity to bring the visionary talent from Paranoid on board, elevates Humble to the next stage as we continue to grow and make our mark as a one-stop creative destination. With internationally respected directors and creatives on both rosters, plus the resources to tackle a project from start to finish in-house with Postal, Humble is truly unstoppable," commented Eric Berkowitz, Founder and President, Humble.

The acquisition of Paranoid and launch of Postal furthers Humble's ongoing growth, as the company recently expanded into feature-length content with the production of documentary Son of the Congo, which premiered at SXSW and will air on ESPN in April. Humble is also producing upcoming feature film The Saint of the Impossible from roster director Marc Raymond Wilkins.