Humanity and Technology: Embracing Both Sides of the Coin

Trends and Insight 650 Add to collection 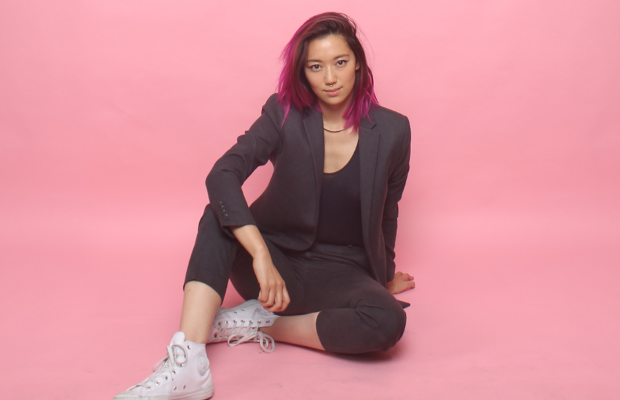 In 2012, New Yorker Beryl Chung moved to Shanghai to, in her words, ‘be more Chinese’. But, through her time working at a series of art director and designer roles, the third-generation Chinese American found herself developing a more universal skill – empathy.
“Working in social and interacting in digital in a totally different marketplace really helped me to feel empowered,” she says. “Not only learning but going on to work in Chinese, keeping up with WeChat's fluctuating regulations, and getting deeper cultural insight from personal relationships with my local colleagues.
“What I came to after 30 years of thinking I need to be more American or more Chinese, is that I can really leverage both of those things. It’s not having to choose one of the other, it’s about letting both of those inform you so you can make the best decision in the moment. You don’t need to choose one as right and one as wrong. It’s about understanding both sides of the coin.”
Beryl moved to Amsterdam at the start of last year to work in the global headquarters of MediaMonks. Her appreciation of empathy has stuck with her and forms a key part of how she approaches her work there as a senior creative, balancing the tension that drives the best of the work they do there - the balance between new technological innovation and natural human experiences.
She explains the two sides she tries to see things from. “It’s about making interaction more human and then using that interaction to encourage more human connection and empathy,” she says.
Beryl’s past creative life isn’t as deeply rooted in technology as many of the over 1,000 Monks at the S4 Capital-owned company. She got into illustration as a kid, copying Pokemon cards on classmates' notebooks for snack money. Eventually that led to a passion for writing and illustrating her own comic books, repeatedly drawing her lifelong obsession - Elvis Presley - and then moving into the worlds of design and, later, art direction.
She picked up a more digital focus while at Ogilvy Shanghai a few years back and has since felt an appreciation for both the human and technological sides of the industry. “In a traditional ad, you’re requesting really passive engagement from your user,” she says. In contrast, she’s often fascinated by the multi-sensory possibilities that interactive projects can deliver, “not just sight and sound but also sometimes touch and smell and everything else.”
Digital experiences may not be as immediately intuitive as a comic book, but the potential for human connection with them is greater, she argues. “In some ways all the new tech presents unique barriers in that you need to educate people how to use it, but then also the invitation is much richer. The interactions are going to be much richer and that connection is going to be greater as a result. The more that we can move away from what we consider normal perceptions of digital, the closer we are to approximating real life and real connection.”
A project that Beryl worked on recently took a tangible experience that we’re all used to and used the wonders of technology to blow it wide open. To promote Stranger Things Season 3 with Google and the New York Times, the MediaMonks team built a Google Lens experience that turned a fictional ad for Hawkins, Indiana’s new Starcourt Mall into a portal through which you can discover more about the Netflix series and experience the series in new dimensions.