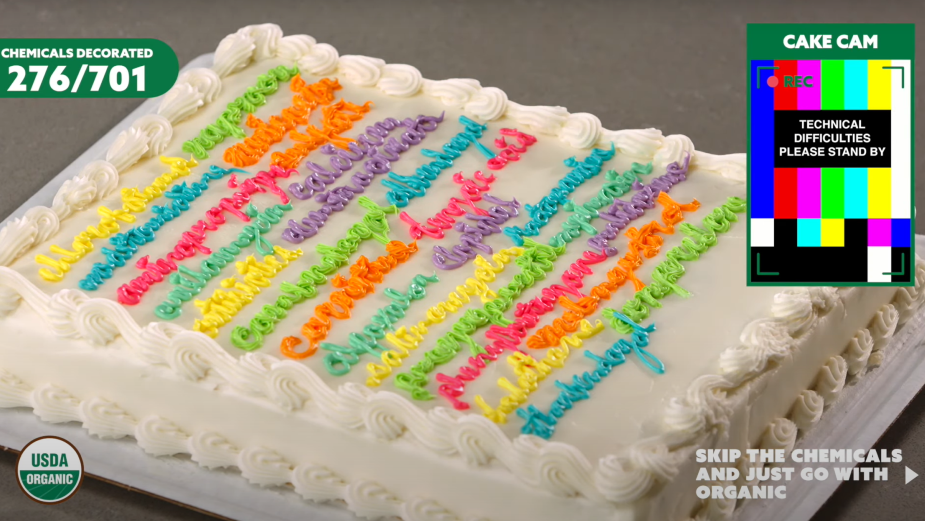 Humanaut has created “The World's Most Skippable Ads,” a fresh round of marketing extensions for client Organic Voices, to demonstrate why it’s better to eat and use organic products. The work is a continuation of Organic Voices’ 2019 “Skip the Chemicals” campaign, also by Humanaut.

The objective of the campaign is to highlight the hundreds of dubious ingredients allowed in conventional foods to eliminate confusion between organic and other labels. The takeaway: Only organic provides true peace of mind because it never contains these 700+ ingredients featured in the videos.

“There are not many industries that come together to support a singular message, but the mission of the organic industry has always been to create a more sustainable agricultural system and create healthy, toxic-free foods and products,” said Grant Lundberg, CEO, Lundberg Family Farms (Organic Voices campaign partner). “Consumers today have so many competing messages, and as an industry we have come together to educate people on the benefits of purchasing organic. We have made it simple for consumers: skip the chemicals and just go with organic.”

The original work, “The World’s Most Skippable Ad,” was a pre-roll YouTube video in which a couple washed dishes and sang the names of more than 700 chemicals—which also scrolled on screen—that are prohibited from use in organic food, farming and products. Every few minutes, they’d break and remind the audience that they could “skip the commercial”—just as they could skip the chemicals by avoiding these products. Many continued to watch the entire 30-minute ad: It received more than 16.5 million views. “Skip the Chemicals” also won a 2020 Shorty Award.

The three new executions are equally creative, ambitious—and insanely long. “The World’s Most Skippable Recipe Video,” in which more than 700 chemicals are added to a cookie recipe that even Cookie Monster would refuse. It takes more than 45 minutes to do so.

“The World’s Most Skippable ASMR video,” in which an ASMR artist reads more than 700 hard-to-pronounce chemical names in a soothing voice throughout an hour-long video.

“The World’s Most Skippable Cake Decorating Video,” in which a cake artist hand decorates 31 sheet cakes with the names of more than 700 chemicals prohibited from use in organic food, farming and textiles. The project clocked in at more than six hours.

The campaign media is running on digital social channels: Facebook, Twitter, Instagram and YouTube. “ASMR” and “Cake Decorating” launched over the summer, and each is attracting a robust fanbase. ASMR has 1.3 million views and 29.9 million impressions so far. Average watch time: 10 minutes. “Cake Decorating” has even more views (1.4 million) and is competitive in terms of impressions (27.4 million). “Recipe” debuted Oct. 5. Like World’s Most Skippable Ad, both “Recipe” and “Cake Decorating” also have two-minute trailers. There are now more than 20 million views and 100 million impressions from all three videos.

“We created these ridiculously long videos assuming no one would ever really watch them, but they’d get the point,” said David Littlejohn, founder and chief creative director at Humanaut, “It turns out, we have a record-breaking engagement rate on this super-long-form content that features only chemicals. And the longer people watch, the more they realize they just need to buy organic.”

“We are excited to see the success of the campaign and support the important work that Organic Voices is doing to help clear up confusion when it comes to organic,” said Tripp Hughes, senior director of Consumer Strategy, Organic Valley (Organic Voices campaign partner). “The latest video underscores for consumers that by choosing organic they can avoid a long list of chemicals, including many linked to adverse health risks.”

Humanaut has been working with Organic Voices since 2013.