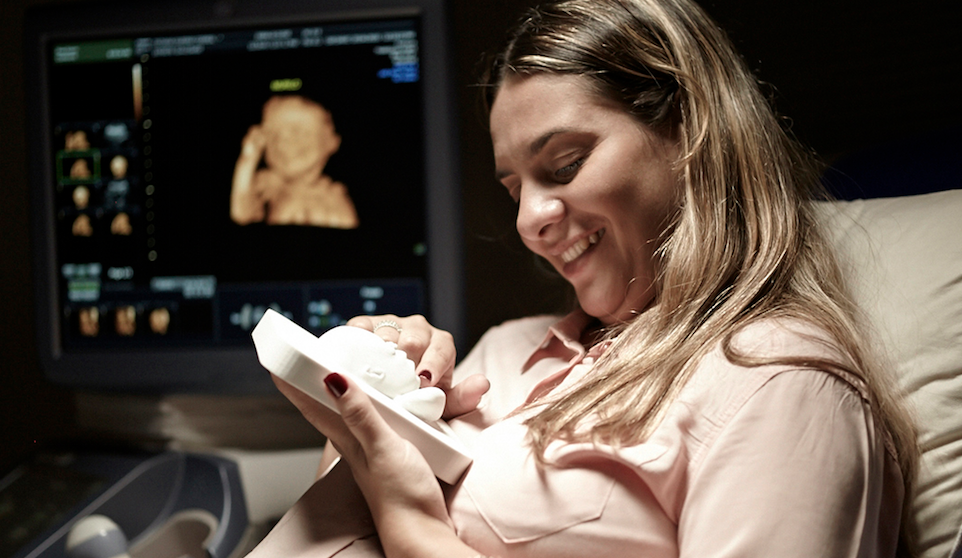 Huggies announces the launch of the "Meeting Murilo" campaign, presenting a new vision of the maternal bond. Created by Mood, the campaign pays a tribute to Mothers' Day and presents the new line of Huggies products: First 100 Days.

In the film, Huggies presents the story of a visually-impaired mother who touches her son for the first time, during the ultrasound. The baby's face is reproduced with the help of a 3D printer, allowing the mother to feel her unborn child.

The action tells the story of young Tatiana Guerra. At the age of 30 and five months pregnant with her second child, this mother-to-be has dealt with the challenges of visual impairment since she was 17. Tatiana was diagnosed with optic neuritis, an inflammation of the optic nerve, which caused vision loss.

With the support of Huggies, Tatiana will have the opportunity to feel the baby's face even before his birth. What would only be a routine ultrasound will come as a unique surprise for the new mom.

"As a brand, Huggies considers each moment of this new phase in the lives of many women: the maternal role. Huggies wants to provide moms a unique experience by allowing Tatiana to hug her baby during the ultrasound. Huggies believes that such protective embrace and bond help babies grow up happy,” says Priya Patel, director of the baby care category at Kimberly-Clark Brasil.

Tatiana’s story is just an example of what happens with many women in Brazil, and Huggies takes this opportunity to tell consumers an touching story about the bond between a mother and her baby. In addition, there is the proposal of presenting technological advances, which provides a new way of bringing mother and child together in moments that, until then, couldn't even be imagined.

"This is a very brave and daring project, which meets Mood's characteristics conveying modernity and showing our innovative and technological side. It's ideas like this, led by creative directors Bruno Brasileiro, Felipe Munhoz and Rafael Gonzaga, as well as by André Felix, head of digital, that we want to keep putting out there for our customers", adds Mood's managing partner Augusto Cruz Neto.

In addition to the film presenting Tatiana’s story, the campaign introduces videos of other visually-impaired mothers who were able to feel and hug their babies, because there is nothing more important to them.

"Meeting Murilo" will be officially released on May 4th on Youtube and Facebook, as well as on Huggies' official website. The film is produced by La casa de la madre, and directed by Jorge Brivilati. For 3D printing, Mood relied on a partnership with the goodfellas.