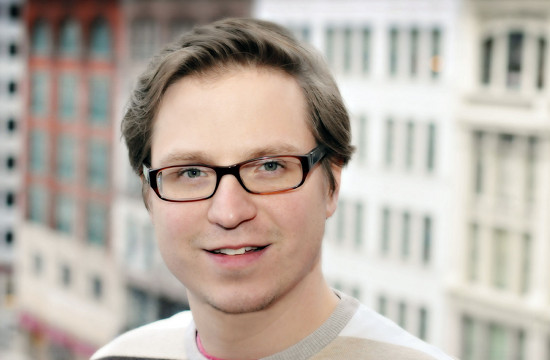 If Hudson Edit sounds a little richer these days, there’s good reason.  The Detroit creative editorial and post production studio has unveiled its new audio mixing and recording suite and added the talents of Spencer Hall, who joins as Senior Audio Mixer and Sound Designer.

A versatile musician and engineer, Hall not only knows his way around a mixing board – he’s got an impressive list of feature film and long-form credits on his resume – but he’s also an experienced Foley Artist.  His hire was announced by Kristin Redman, Hudson Edit’s Executive Producer and Owners Audrey Pask and Larry August. They also own sister company Avalon Films, where Pask is Executive Producer/Partner and August is Director/Partner.

Hudson Edit’s audio room also serves as the base for the company’s new affiliation with The Lodge (www.thelodgemusic.com), the New York and L.A.-based original music and sound design house that will partner with Hudson to offer additional services to its agency clients.

The move to Hudson Edit seems like a natural fit for Hall, who worked with several of the company’s key creative talents earlier in his career; he even handled audio mixing for spots directed by August through Avalon Films.  “I was excited about what Kristin, Larry and Audrey are doing here in downtown Detroit,” he says. “They’re in this beautiful space that’s so close to Grand Circus Park. It’s very inspiring to come here every day.”

He adds that his move to Hudson gives him the opportunity to shine as a solo talent.  “I’m looking forward to leading our audio capabilities and being solely responsible for the sound of Hudson’s work,” Hall says.  “It’s a great chance to continue to work on high-level projects and build relationships, not just with our clients and staff but with the creative talents at The Lodge in New York and L.A.”

Redman, Pask and August felt Hall synched up perfectly with what they’re creating at Hudson.  “Spencer’s a very talented, passionate, enthusiastic audio engineer with significant commercial and feature mixing experience and a loyal group of clients,” says August. “He’s a great addition to our team, and we’re delighted to have him on board.”

Offering audio post and recording was always part of the plans for Hudson Edit for a variety of reasons, adds Pask.  “It’s a way for us to support the efforts of our editors and other artists,” she says. “Having a talented sound designer and music editor/mixer was a very important skill set to have.”

“And we also wanted our clients to be able to complete projects completely in-house, both for cost effectiveness and convenience,” Redman points out. “There aren’t any high-end audio rooms with recording capabilities available in downtown Detroit, so we felt this was an important service to offer the community.”

The audio room at Hudson Edit will provide The Lodge with a physical presence in Detroit to support their original music and music library businesses, notes Pask. “It also offers additional recording, mixing, support and backup for overflow work for our clients, or any additional horsepower that may be needed,” she says. For example, The Lodge has a feature film mixing suite in New York. “Spencer may help provide Foley, dubbing, or mixing services for film projects out of The Lodge, and they may provide original music or other services to clients here in Detroit,” she explains. “The possibilities are truly exciting, and we’re open to exploring additional opportunities between our companies as things develop.”