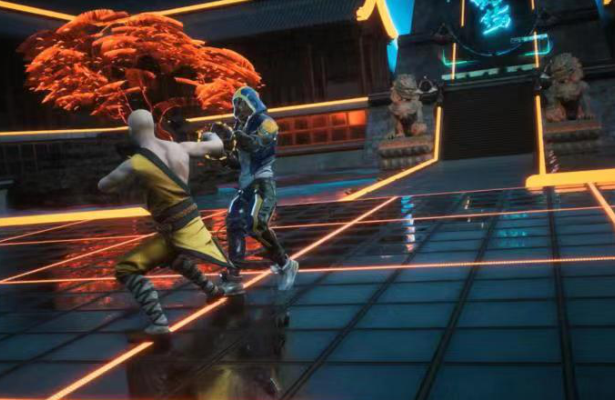 The advent of 5G has corporations and consumers eagerly looking forward to the next chapter of connectivity and innovation. While 5G is set to usher in a new wave of mobile possibilities, the general public still lacks an intuitive grasp of its potential and concrete applications.

In January 2020, Huawei released '5G Kung Fu Showdown', a short film transporting the audience into another dimension of gaming by leveraging the Huawei Mate 30 Pro’s 5G capabilities. Created in collaboration with WPP Team Huawei, the campaign features a cross-dimensional confrontation between a Chinese kung fu master and a mobile gamer, pushing the immersive gaming experience to its pinnacle.

Huawei technicians created a virtual arena under the 5G environment and equipped the kung fu master with the Haptic Body Vest and Positioning Tracking System, precisely tracking each of his movements. Simultaneously, thanks to HUAWEI VR Glass, the fighter could see real-time attacks from his opponent. With high-speed data transfer (10 times faster than under 4G) and extremely low latency, 5G enables the gamer to feel the blow from the kung fu master in real-time, despite the two being a hundred miles away from each other.

Beyond the technological prowess, Huawei’s Mate 30 Pro 5G demonstrates 5G’s potential to act as a powerful bridge that can transcend the boundaries between tradition and modernity, reviving the dialogue between culture, embodied here by martial arts, and technology.

Commenting on the campaign, Chris Reitermann, global client leader of WPP Team Huawei said: “The unfolding 5G era offers an incredible opportunity to rethink the role of smartphones. It’s in our DNA to push creative boundaries by leveraging technology, and we were thrilled to develop this innovative campaign with Huawei, using the Mate 30 Pro to deliver a 5G-powered immersive gaming experience.”