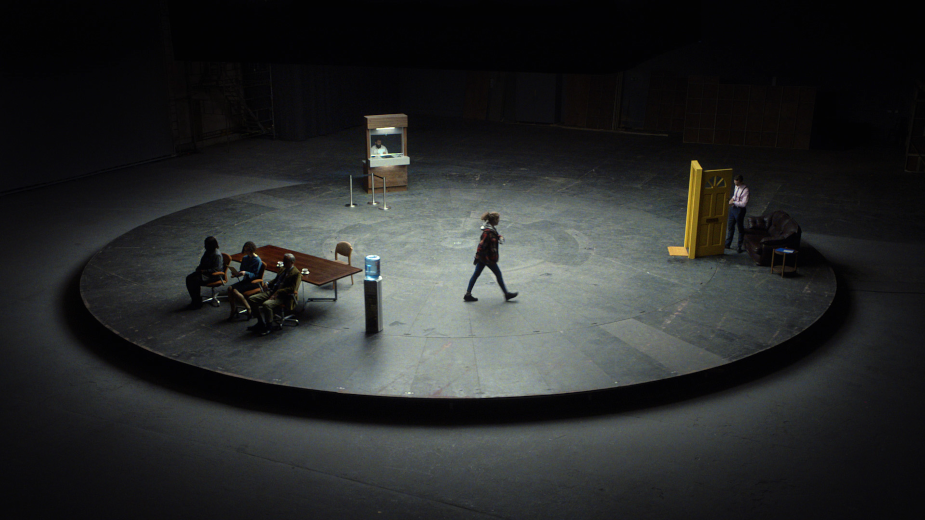 Wunderman Thompson UK has created a new campaign for HSBC UK entitled Vicious Circle, which highlights the struggles those who are experiencing homelessness face when they are not able to access the financial system.

The campaign is a follow on from previous work the agency has developed to promote HSBC UK’s No Fixed Address Service, and its partnership with Shelter, aiming to increase awareness of HSBC’s offering for those without a fixed address.

In it, we see a woman on a revolving stage become more isolated as opportunities are closed off to her. The voiceover repeats: “No home? No address. No address? No bank account. No bank account? No job. No job? No home…” as the cycle continues, and the woman becomes more desperate with each revolution. We are plunged into darkness before being told ‘It’s time to break the vicious circle’ and to “Search HSBC No Fixed Address.”

Supporting the campaign are various print executions, that see the never-ending circle of financial exclusion framed around or through the HSBC logo, in an endless loop.

Mike Watson, Wunderman Thompson creative director, explains: “The creative execution conveys the isolation and futility that many feel if they are denied a bank account simply through having no fixed address. The stripped back execution aims to convey, powerfully, the emotions that this situation can bring about.”

Becky Moffat, CMO HSBC UK adds: “No one should be in a position where they are unable to open a bank account. We’re incredibly proud to play our part in helping to break this vicious cycle and support the most vulnerable in society to become financially independent. Through this campaign we hope to raise awareness of our No Fixed Address service so that we can get the right support to those who need it most.”

James Allen, assistant director of marketing and content at Shelter, said: Home is everything. Yet hundreds of thousands of people don’t have one – leaving many to face the horror of homelessness, including sleeping rough. On top of the dangers of life on the streets, imagine facing a constant battle to receive wages or access financial support? Not having a bank account makes it nearly impossible to escape the cycle of homelessness. So this game-changing service is giving more people who have fallen on hard times a helping hand towards gaining financial independence and re-building their lives.

The 60” AV spot will launch exclusively on Channel 4 with an advertising premiere featuring a special introduction during Gogglebox on June 4th.

As well as nationwide OOH and print that will be running throughout June, the campaign also extends into audio channels, including bespoke podcast reads from Acast shows such as Table Manners.