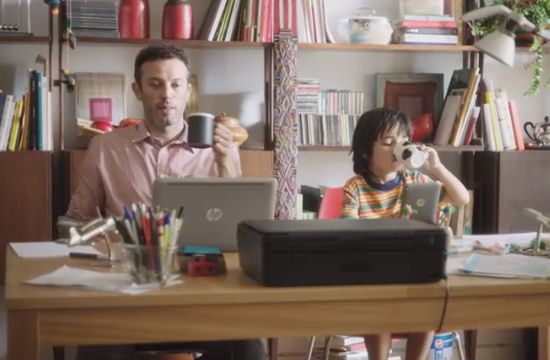 BBDO Singapore turned to Oxygen Content and director Ago Panini for their latest HP campaign for Latin America.

The charming TV spot entitled "Like Father Like Son", shows a young boy mimicking his father as he works the computer, and to their delight they can print as many copies as they wish, highlighting the affordability of HP printing at home.

Already the response to the campaign has been so good that HP are considering rolling out the commercial in other markets. “It is a simple spot that has universal appeal," says Oxygen Content's Executive Producer Jaclyn Tze Wey. "The message is clear and Ago captured the tone perfectly making the film both memorable and touching without being schmalzy."

Panini also shot the print aspect of the campaign helping to keep a consistent look throughout.  The Italian, who is more widely known for his automotive work, showed his versatility and a natural affinity in working with kids.