HP Proves Diversity is Good for Business and Advertising

Introduces program details and partnerships in advance of Cannes Lions 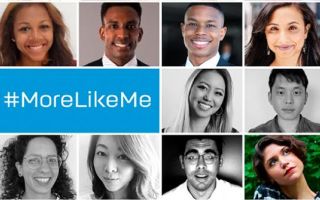 This week, HP unveiled new data proving that ads created by diverse teams perform better. Measuring the impact of HP ads created before and after its 2016 diversity initiative was launched, Brand Monitor showed an impressive 6-point increase in purchase intent and HP Business Drivers in just one year. Marketing Mix Analysis, run by Nielsen, captured a 33% increase in revenue per impression. HP also worked with the Association of National Advertisers (ANA) to apply its #SeeHer Gender Equality Measurement (GEM) methodology to company ads. It showed a 5-point increase in effectiveness, which places HP in the top quartile of brands.

HP is leading industry transformation with a comprehensive diversity and inclusion platform. After increasing the diversity of its leadership and marketing teams internally, HP launched the industry’s first diversity scorecard challenge. This required its agencies to set targets and increase the number of women and people of colour working on the HP account. With a disciplined approach to measuring progress, HP’s top five roster agencies reported a 20-point increase in women working on HP account teams.

“The facts are in, diverse teams perform better. Changing the makeup of our teams – client, agency, production house – and the way we work, positively influenced our ads. The results give us confidence and motivation to accelerate our efforts,“ said Antonio Lucio, Chief Marketing and Communications Officer, HP Inc. “We will be adding GEM metrics to all our ad testing and will be the first brand working with The Female Quotient to create and implement a custom ‘Algorithm for Equality’ to measure workplace inclusion.”

The session, Diversity – A Values Issue and Business Imperative – Requires Bold Action, will underscore the power diversity has in delivering transformational business results, enhancing creative output and speaking to customers with relevance. Panellists will talk about the bold action, data and measurable results required to drive change, and ensure the visibility of role models for up and coming diverse talent.

Building on HP’s marketing Diversity Scorecard and to support its agencies in developing top talent and a more diverse talent pipeline, this week HP and Cannes Lions are also announcing the members of #MoreLikeMe. The pilot program, designed to build and strengthen ethnic and racially diverse creative individuals, is part of the movement to grow the representation of people of colour in the creative industry.

Each of HP’s roster agencies – BBDO, Edelman, Fred & Farid, Giant Spoon and PHD – nominated candidates for the #MoreLikeMe program. The 18 #MoreLikeMe participants submitted essays discussing a variety of topics, including challenges experienced breaking into the advertising world and an exploration of the entertainment industry’s progressive projects like Black Panther, Westworld and Coco. Essays also covered why they would be a valuable voice for diversity in the industry. The participants are African-American, Brazilian, Korean, Chinese, Taiwanese, Malaysian, Indian, Colombian and Vietnamese.

In response to the initial announcement of the program, Facebook will also be nominating three participants from the industry – alumni of the 4A’s Multicultural Advertising Internship Program who are championing diversity  – to join #MoreLikeMe. As part of the program, the company will also sponsor an Instagram Story School, host a session on Facebook’s beach stage, as well as facilitate mentorship opportunities and meet-ups with #MoreLikeMe participants and HP.

The #MoreLikeMe pilot program participants are:

The rising stars will attend this year’s Festival for a unique experience focused on mentoring and curated programming. The session will include a speed mentoring session in the Girls’ Lounge, an exclusive luncheon with HP marketing leadership, and access to all of the Cannes Lions panels and workshops.

HP has also announced a new partnership with The Female Quotient. The collaboration debuts at their signature event, The Girls' Lounge, during Cannes Lions. In partnership with some of the world's leading brands, founder Shelley Zalis and her team at The Female Quotient create memorable pop-up experiences and impactful programming to advance gender equality in the workplace. HP will partner with the Female Quotient at additional global events including Advertising Week, World Economic Forum, the Consumer Electronics Show (CES) and SXSW to support programming that advocates for gender equality, transforming workplace culture and ultimately driving systemic change.