How You Can “Save the Beer” with This New Facial Hairstyle

Behind the Work 165 Add to collection 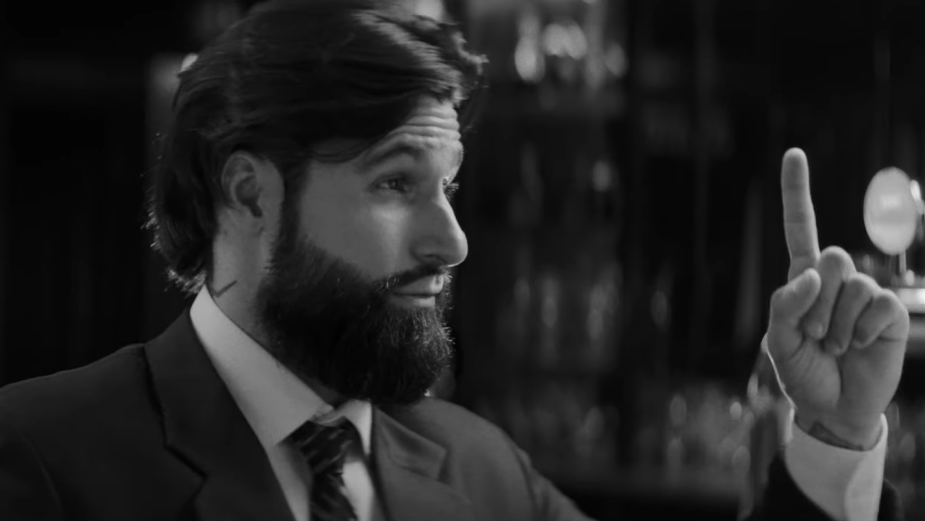 After learning the truly horrifying statistic that each year 1.2 million litres of beer are wasted due to being spilt, sloshed and sponged up by facial hair, Grey Argentina and Pilsen Paraguay decided to “Save the Beer” in a uniquely stylish way.

The agency designed a brand new facial hairstyle which allows beer drinkers to enjoy their favourite Pilsen beverages without having to lose a single drop. Sporting this innovative new style, Paraguayan anchor and TV presenter, Rubén Rodriguez, was the first to bring it to the masses, before the rest of the nation was invited to join the craze. Any person with the tipple-taming trim could then receive a complimentary Pilsen Extra at any pub in town, to be enjoyed without any risk of wastage.

To discuss designing a custom beard-trimming stencil, starting a fashion trend in Paraguay and creating a “funnily pretentious” film to promote the hairstyle, Grey Argentina’s creative directors, Alejandro Rattenbach and Emiliano Cortez, had a chat with LBB’s Ben Conway.

LBB> How did you find the insight/statistic that inspired this campaign?

Alejandro> Pilsen Extra is a new brand in Paraguay; born in 2021 as a side partner from its historic mother brand ‘Pilsen’, which has been a classic in the country for many years. The difference is that Pilsen Extra wants to be the new icon of premium and quality beer because of its refined taste and extra foam. With this in mind, we started to look for insights and facts about the beer industry to tell this attribute.

Emiliano Cortez> When our creative teams came across this moustache beer wasting issue, we knew we nailed it: it was the perfect combination of fun and quality that the brand needed. Who else could talk about not wasting even one drop of beer other than the brand that takes care of quality until the last drop?

LBB> When you received the brief and when you first saw this statistic - what was your initial reaction and what ideas for the campaign immediately sprang to mind?

Emiliano> If you think about it, the problem is so visual that it makes you want to think of the solution right away. We started to connect the dots, and the idea was there. Or, just as the joke in the commercial says: It was under our noses.

Alejandro> Yes, we knew we had to make a funny and new functional moustache. And once we pictured it in our heads, we said: ‘What if we make this a new fashion trend?’ We knew it would work when we started to laugh at the mere thought of this becoming a national trend. So then, with our excellent team - Juan Carnelos, Lean Mingrone, Vic Opazo, Agustin Rodriguez - we started to contact grooming professionals to understand the best way to design and perform this new cut.

LBB> How and why did you pick Rubén Rodriguez to be involved? And how did he react to the concept? Was he open to shaving his moustache into this style?

Alejandro> To make this a trend, we needed a celebrity in Paraguay well-known for using a moustache. Luckily for us, he was not only a celebrity with a moustache but also one of the biggest TV stars in the country that has been sporting a moustache on camera for the last 30 years.

Emiliano> When we talked to Rubén, he was so excited about the idea. Also, he had no problem shaving his iconic moustache into this ridiculous style. So if one of the biggest tv stars in the country was amused with this funny idea, we knew everyone would enjoy it too. 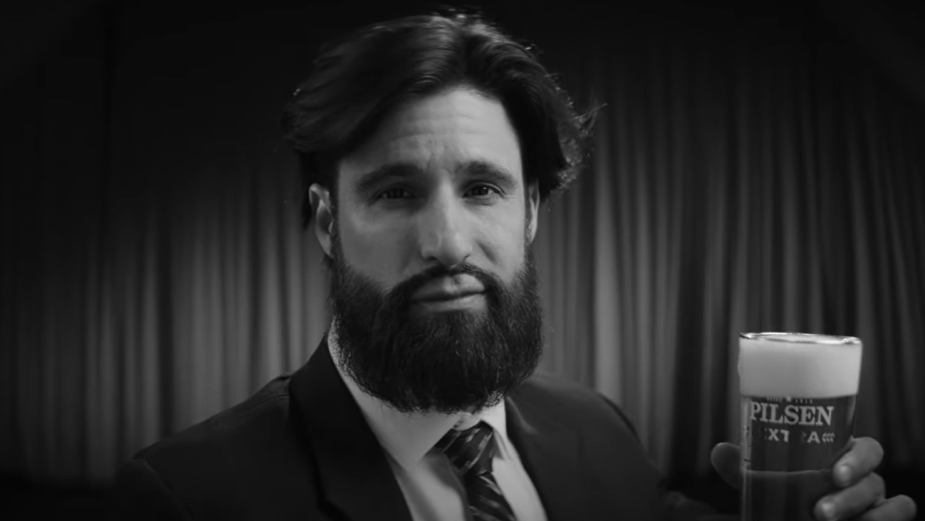 LBB> Did you actually shave all the actors’ facial hair into this style? How did they respond to this? Did you have to persuade them?

Emiliano> That´s a great question! Yes, that was one of the most fun parts of the process. As the commercial was filmed before the promo, they were going to be the first ones to have it, and they were all intrigued. Fortunately, they were all amused by the result.

Alejandro> Yes, we shaved all the actors! It was not an easy job because the production company had to find the right actors with great beard style, and they had to be open to shaving their well-groomed moustaches. Fun fact: One of the actors who said no at the casting then called asking if we would do a second part.

LBB> What was the public reaction to this style? And also to the film?

Emiliano> The reaction was great! In the first days, everyone was laughing about it. The campaign delivers a humorous message, making you laugh and relax a little bit; that was the main objective. We are living through difficult and worrying times around the world, so it’s nice to make a piece of work that talks about something stupid like the beer waste on moustaches. Who cares?

LBB> When and why was it decided to offer a complimentary beer to people who go to the pub with this style of moustache?

Alejandro> It was part of the promo. If you got the Pilsen Extra Moustache done, you could have a free Pilsen Extra Beer at bars. This is the way to put your moustache to work for the cause of not wasting a single drop of beer anymore. If you want to help us in this cause of saving beer, you have to drink beer then. That's a very difficult job to do, isn't it?

LBB> When did Guaraní films get involved? Why were Juanma Montero and Matias Sasias good directors for the spot?

Emiliano> We needed a great production company located in Paraguay because this great idea deserved an excellent treatment. Guaraní Films, a production company with whom the agency has already worked in the past, was the answer, and they didn't fail.

Alejandro> Juanma and Matias were outstanding options to do the work because of their talent and experience filming in Paraguay. Also, we knew Juanma for his previous and very well known work as a creative in Argentina: that combination of a great director with a deep understanding of creativity was something we couldn't let pass for this idea.

LBB> What was the creative concept and inspiration for the ‘Pilsen Extra Moustache’ film? Why did you make it in black and white?

Emiliano> The whole campaign inspiration is the fashion world. We are talking about a new trend, a new moustache style, so we decided to relate the entire film as if we were selling a fashion brand. We made it in black and white because we needed to make it sophisticated, elegant, and funnily pretentious.

LBB> How did you create the idea for the ‘Pilsen’ stencil that the barber uses to trim the moustaches? Did you consider making these available to the public?

Alejandro> We started doing some research and began to talk with grooming professionals and product designers of Paraguay. We went through different stencil options that had the measurements and proportions of a Pilsen Extra glass of beer. Taking their advice, the final design was the winner in making it simple and easier for barbers.

LBB> What was the hardest challenge you faced on this campaign? And how did you overcome it?

Alejandro> Fortunately, all things in this campaign went very smoothly! Especially because the client was very amused and on board with this idea from the start. Also because the production company was very enthusiastic about it, when these things happen, you know that everything is going to be the best it possibly can be. We were all partners in the same team, wanting to score a great goal.

Alejandro> As we said before, it's hard to find a little bit of fun in the world these days. So we are glad that we could create an idea that gives people a reason to smile, even for a moment.

Emiliano> Also, if you are interested in saving beer, let us know, and we will share with you a short tutorial about how to do it! Cheers! 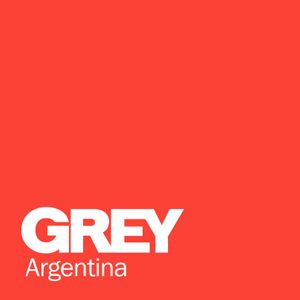 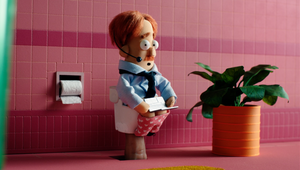 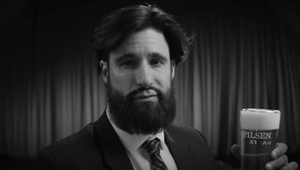 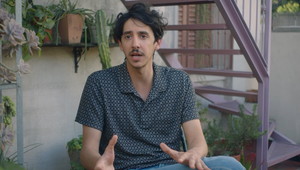 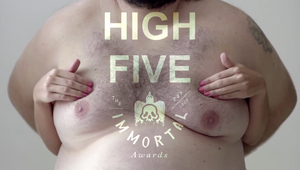 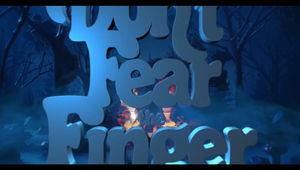 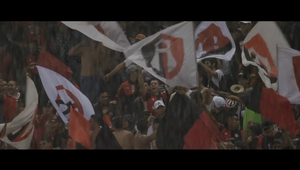 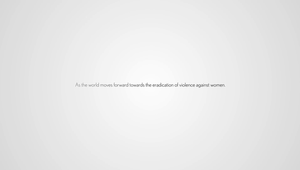 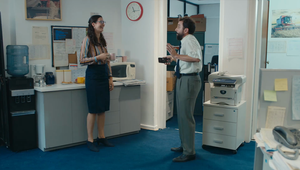