john st, Jam3 and OPC take us behind the scenes on a charity campaign with a difference 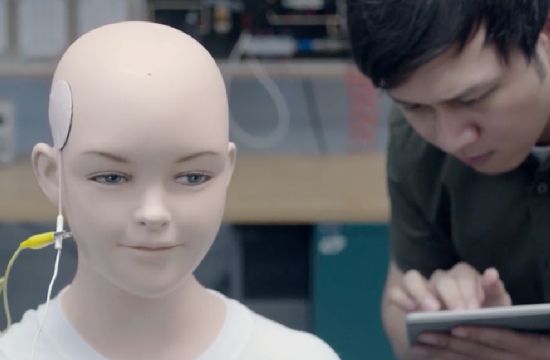 Anyone can be an activist these days. A hashtag here, a retweet there. But while new platforms have revolutionised charity’s ability to engage and raise awareness, social media activity can’t satisfy their very real need for concrete support and donations. The new War Child campaign ‘Surrogaid’, which was devised by john st., with digital from Jam3 and a film directed by OPC’s Jono Hunter, satirizes slacktivism and gives us a peek into the not-too-distant future. They've created a fictional 'Surrogaid' platform that lets people send comforting gestures such as hugs and casseroles to children in war zones - the twist is that none of this is possible and the best way to make a real difference is to make a financial donation to War Child. LBB’s Laura Swinton spoke to john st's ECD, Stephen Jurisic, Adrian Belina, partner and creative director of Jam3, and Jono Hunter to find out how they turned hashtag activism upside down.

LBB> Robotics, motherhood and war - it's a potent and fairly out-there combination! What sort of conversations were you having that led to the idea?

SJ> We really wanted to provide a compelling reason for people to choose War Child when donating. To do that, we knew that the core of our idea had to rest on what actually sets them apart from so many others : that's their capacity-building model.

With over 95% of its team comprised of members of the communities they serve, War Child believes in the power of communities to lift themselves up. From there, our insight was clear: of course its the members of these war-affected communities that are best suited to enact change – not us. “Poverty tourism” is a real thing and it can often negatively affect these communities. We wanted to appeal to people's intellect to underscore the absurdity of this mentality that we in the West are best positioned to help. So, we just pushed that model to its extreme by creating this fictional "remote operated mothering" service. 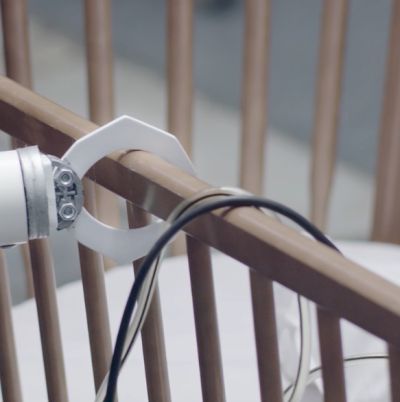 LBB> In the age of hashtag activism, the campaign really makes the point that concrete actions like donations are still more important than a re-tweet or a bit of engaging technology how can we (as an industry) make sure that the projects we create for charities and social movements affect real, meaningful change?

SJ> To us it was about creating a compelling piece of communication that would appeal to people's intellect as well as their emotions. We wanted to foreshadow the direction that slacktivism might one day take us. Because as absurd as Surrogaid is, it really isn't that far from reality.

The technology is already available, we just hope the misguided intentions never get so far gone. So, we wanted to get ahead of it and get people really considering the impact of their actions – and inactions. 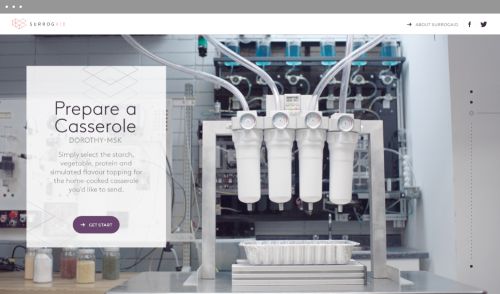 LBB> And why do you think this approach is more helpful than the usual guilt trip strategies associated with some charities?

SJ> Yes, guilt trips have always been an effective means of garnering donations. But it's typically a transactional experience; the viewer takes in the ad, feels bad and donates some cash to offset their guilt.  We never wanted to walk that path, it's too short sighted and not what WarChild stands for.

We wanted potential donors to really understand what the organization stands for and donate because they believe in that mission. Because beyond their donations, we want donors to become advocates.

LBB> What sort of research did you do before starting the project?

AB> It was important for the Surrogaid site to feel like a real startup and that meant it couldn't be overly designed or promotional. We went through copious amounts of successful and also unsuccessful Kickstarter campaigns to understand the type of content and aesthetic that is trending within the startup community. The Surrogaid site is a reflection of the minimal and simple style found in these crowd-funded tech company sites.

LBB> Both the film and the online activity have this brilliant not-too-distant future vibe about it - how did you strike the balance between creating a world that viewers could identify with and the ever-so-slightly outlandish 'Surrogaid' technology?

JH> It was all about keeping our world as close to the truth as possible. We seem to be living in the future at present. Some wild predictions in the past are a full-blown reality now. We can monitor our house from our phones, and 3D printing is almost a household thing. Keeping Surrogaid's technology within the parameters of what's feasible now drove home the realism for us. Not to mention, we wanted these devices to--in theory--be able to be fixed by someone in Darfur or Sierra Leone with a rubber band and a bent nail. This idea of a home-made simplicity, coupled with the development of a character like Eric Asher; giving him a back story and building his world (the casserole machine was named lovingly after his mother 'Dorothy'), everything else seemed to fall into place.

LBB>  What was the biggest challenge in bringing the project together?

SJ> For us, tone was always a major consideration. With these types of campaigns for this kind of subject matter, it’s always a delicate balance. Being respectful is always our key consideration, but being provocative is also necessary. Ultimately we have to go on our gut as to what the right direction is and hope people understand the intention.