How Voskhod and ISD Showed that Creativity Trumps Conflict 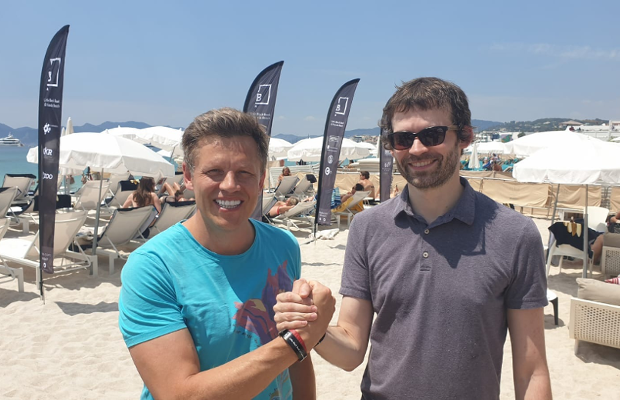 Ukrainian agencies collaborating with their counterparts in Russia used to be fairly commonplace. These days it’s unheard of. Since the Russian military incursion and the annexation of Crimea in 2014, the two countries have been locked in paralysing conflict. There are no direct flights between Ukraine and Russia. Russia has banned oil and coal exports to Ukraine. Ukraine has banned Russian men between the ages of 16 and 60 from entering the country.
But creativity, like love, knows no borders. This year at Cannes, one of the undersung victories was a Bronze Lion that went to a defiant project from a Russian creative agency and a Ukrainian digital and digital production agency. It’s a rebellious project through and through – AI Versus uses artificial intelligence to compare the impact of state propaganda and independent new journalism on impressionable minds.
Yekaterinburg-based Voskhod and Kiev’s ISD Group created the experiment for subversive Russian online broadcaster Dozhd (also known as TV Rain), and both spoke to LBB about the technicalities of the project earlier in the year.
Voskhod founder Andrey Gubaydullin (pictured left) and ISD founder Viktor Shkurba (right) – old friends who have known each other for a decade – who largely collaborated on the project via Skype were able to catch up in Cannes.
But as well as being a technically challenging project – using AI and natural language processing is particularly difficult when it comes to Russian – it was also politically risky as well. The experiment is the latest in a line of punchy campaigns from Voskhod and Dozhd that openly criticise the Russian government and the state broadcaster. And that’s exactly why Viktor and the ISD crew decided to risk criticism from their peers in Ukraine by working for a Russian company.
“This is why we agreed to work with a Russian agency, even though as you know Ukraine and Russia right now are not in a good situation,” explains Viktor.
This year Voskhod also launched a project that pokes fun at Vladimir Putin – using facial recognition tech and webcams to allow Dozhd viewers to turn on the online channel using photos of Putin. Isn’t it dangerous, to poke the ‘bear’ like that?
“Just a little bit,” shrugs Andrey, diffidently. He reckons that the fact that the agency is over 1000 miles from Moscow gives it a little more wiggle room. And Voskhod has a history of agitating against authority – in 2013 it won a clutch of Lions for ‘Make the Politicians Work’, a campaign targeting the local mayor and governor by spray painting their faces around the city’s potholes.
However, one gets the impression that Andrey is playing down the risk. Viktor, on the other hand is effusive about his friend’s courage. “I don’t know such a brave guy; they are really, really brave doing such a project in Russia. Even in Ukraine it is not easy to work with Russian agencies, everyone blaming you for working with the aggressor,” he says.
When the AI Versus project started to get traction in Russia, the agency was hit with a DDOS attack – a form of cyber attack that took down its site for several hours. Andrey suspects it’s the work of pro-Moscow hackers.
In Cannes, when Viktor and Andrey went to collect their Lion at the Palais award ceremony they both wore traditional Ukrainian dress - and extra sartorial shout of defiance from two friends separated by war.
Looking forward, Voskhod has been doing more work outside of Russia in Kazakhstan and Uzbekistan while Viktor has been growing his presence in Western Europe as ISD takes on projects in Amsterdam, London and Hamburg.
view more - Trends and Insight