How to Work with Influencers and Not Utterly Devalue Your Brand 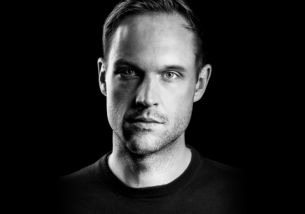 We’re a third of the way into 2018 and we’re still, as an industry, banging on about everyone’s favourite buzzword – influencers.

Victoria Berezhna recently wrote in the Business of Fashion: “The move of marketing dollars to influencers makes a great deal of sense. According to Tribe Dynamics, 90 percent of brands have increased their earned media budget (which includes influencer marketing) in the past five years. Whereas the cost of placing an advertisement on a page of British Vogue starts at £28,000, an influencer with over 1 million followers – with a measurable ROI and a more engaged fan base – charges around $15,000 per Instagram post. They also help tap into “Generation Next,” or the elusive young demographic whose inspiration comes from scrolling on their phone instead of perusing magazines.”

It’s easy to understand why influencers are so important to so many brands – you get credible reach with a hard-to-reach target audience, delivered in a way that doesn’t feel particularly salesy. It’s a marketer’s dream, right?

As the old cliché goes – with great power comes great responsibility, and it’s so easy to abuse the influencer power, oftentimes with hideous results.

Desperate for endorsement, the number one failure most brands make with influencers is getting any old celeb with enough reach to flog their brand, product or service. Which, almost always, results in what I refer to as the Pepsi-Jenner effect.

And the backlash against this is getting real.

In a recent UK study, it was found that 71% of people thought there were no rules around the use of influencers, 61% believed influencers don’t have to disclose that they have been paid to talk about a product and, here’s the kicker, 44% thought influencer promotion was damaging to society.

No brand wants “damaging to society” on their health survey. So – how do you work with influencers, reach a critical audience, and keep your brand healthy and glowing?

Easy. Follow these three points and you’re good to go.

Most people forget the 'communications' part of the influencer marketing job. You can’t just get your endorsement from a celeb and instantly profit, you need to involve your influencer partner(s) in an overall message to consumers. If you have a big idea, you can even get very upstream and involve influencers in all aspects of your campaign, right from the start – rather than a plug-in at the end.

2. Be Honest, Open, and Above Board

Look, the ASA has rules and consumers have expectations. As a brand owner, you need to commit to being honest about your influencer marketing and own it. Millennials and Gen Z are the most media savvy consumers the world has ever seen, and if they catch you out, you’re going to be in a whole world of backlash.

Nothing screams desperate plug more than a one-off or a flash in the pan influencer promo scheme. As a brand owner, you need to be thinking less 'campaign' and more 'platform' when working with influencers.

You want to ideally be working with the same influencer or group of influencers over time to authentically deliver a message to the right audience in an open and honest way. Easy, right?

Here’s an example of how it can all come together from Impero’s riverfront offices...

Together with UGG, we built a platform called #FUGGwinter, which was designed to empower active, badass young women to get out and enjoy the winter, living life to the fullest – whatever the weather...

We knew that our target audience were much more likely to believe partnerships with credible influencers over top-tier celebrities, so we engaged a group of over 70 micro and mid-tier Instagrammers across the UK, France and Germany to showcase the latest range. This campaign was bigger than simply showing the product on a range of people, it was about aligning UGG to a mentality – a broader message – a rallying cry of “FUGG Winter, let’s get outside”.

Our first step was to look at the spectrum of influencers, to see which would align well with our brand:

The three types of Influencer…

1. Micro Influencers – Micro influencers are the lowest tier of influencer, with an average of 200- 1,000 loyal and highly engaged followers.

2. Mid-Tier Influencers – Mid-tier are just that, the middle set of influencers, with an average of 10,000 - 200,000 engaged followers that have been built up over time.

3. Macro Influencers – Macro are classed as top-tier or celebrity influencers, with a high level of followers, giving them global fame and extreme levels of reach.

We chose to avoid macro influencers as stats from Markerly show that, “micro-influencers can attract more than 4x the likes on sponsored posts, and that this level of engagement is the result of hyper-targeted, ultra-loyal audiences.”

It's important to keep this in mind when planning influencer activity. Micro-influencers can make a campaign feel attainable, while mid-tier can align your campaign with a more aspirational lifestyle. Using a mix of both groups of influencers can position your product / service as something aspirational within grasp.

This targeted and well-thought-out approach resulted in huge success for the brand – engaging 35 mid-tier influencers and 42 micro-influencers – resulting in over 150 Instagram posts and over 80 Instagram stories. The campaign was a way for us to shift the dial from UGG being perceived as a 'comfy and cosy' brand to a 'fierce and powerful' one, making them socially relevant to their target audience. 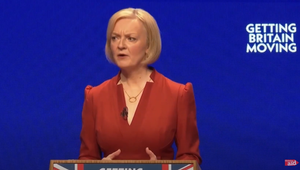