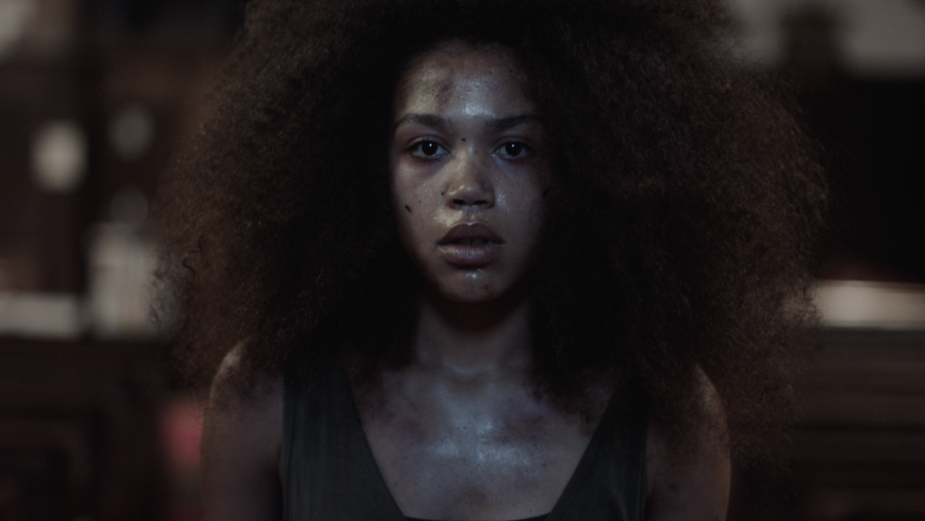 How to Stop a Recurring Dream, the feature film debut of writer-director Ed Morris, has spent much of the past year building a buzz on the festival circuit (virtual or otherwise), winning both Best Feature and Best Actress awards at December’s British Urban Film Festival, along with Best Narrative Feature at Aesthetica. Cut by editor Flaura Atkinson, the film stars Bridgerton’s Ruby Barker and explores themes of separation and loss over the course of a weekend in the lives of two sisters, whose relationship is being tested to its limit. After their parents announce an imminent, split-custody separation, Yakira - the oldest daughter - kidnaps her younger sister and takes to the road, in an attempt to reconnect before they part.

This isn’t the director and editor’s first time working together - Ed and Flaura first joined forces six years ago on a music video for Residence La Revolution & Lee “Scratch” Perry’s “I am Paint.” Since then the pair have collaborated on a wide range of projects, including highly-regarded campaigns for clients including New York Bakery, The Royal Navy, Weight Watchers and the NHS. For both, however, it was the first time they had worked on a feature film.

“It was both exciting and incredibly daunting,” says Flaura. “Exciting because I’ve always wanted to edit a feature film and daunting because this was the first one I’d done! I normally edit commercials, so I’m used to quick turnarounds and short edit lengths. It was great to actually have time to experiment and work through things properly, it felt quite decadent being able to spend a week on one scene - time is not a luxury that is given on a commercial edit!”

Flaura was instantly attracted to the project, not only at the prospect of working with a long-time collaborator: “I read the script and loved it. A lot of it resonated with me personally - it’s about two sisters within a separated family unit. I also loved the surreal elements to the script and thought it would be really interesting visually. It was amazing working with Ed on a project of this scale - I feel like we’d got to the perfect point in our working relationship before we started the feature, where we could both be completely honest with each other, and this honesty was vital. Ed and I work in a very collaborative way so it felt like we could both try out any idea we had. I honestly feel like we edited this film using every combination of scenes and shots possible; there wasn’t a single take that wasn’t tried out or a scene that wasn’t re-worked just to see how it looked. I feel like doing this together has really strengthened our working relationship and also our friendship.”

On their working relationship and the process of editing one’s first feature film, director Ed Morris says: “Talent in abundance always, a little luck helps too, but honestly getting through it is very often just down to sheer creative determination, frame after frame, day after day, scene after scene. Flaura has that in abundance - Flaura knows the distance, and what it takes.”

Despite the excitement and creative satisfaction of cutting a feature film for the first time, the project wasn’t without its challenges. “In the beginning,” says Flaura, “it felt like there was such an overwhelming amount of footage, it was a 4 week shoot and we were getting rushes every day - I’d never had to deal with that volume before. But once I’d got my head around the scale of it, I approached it like I would any other narrative piece, just making my way through everything scene by scene.

“Working on something so closely for months at a time, it was hard to stay objective and keep perspective. It’s important to be able to step back and look at it as if you’ve never seen it before, which we were finding harder and harder to do the longer we worked on it. We had a 3 month break after we’d got the edit into a good place and having those months away from it was absolutely crucial; it gave us so much clarity.”

Ultimately, however, this was a labour of love: “It’s the most mentally exhausting and emotionally draining project I’ve ever done and I put 100% of my heart and soul into it. It’s been a process that has spanned 3 years and I’ve loved every stage of it. A moment that stands out specifically is when I went to see it once the final sound mix had been done - we watched the whole film at sound designer Enos Desjardins’s studio. The offline sound bed was so basic and we worked with no guide music (Nikolaj Torp Larsen composed the music once the edit was locked), so it was a magical moment seeing the edit I’d watched a 1000 times over be completely transformed with this incredible soundscape.

“It sounds silly but that’s when it felt real to me - we’d made a real film!”

How to Stop a Recurring Dream is produced by Polly du Plessis, with TV and radio presenter Edith Bowman as executive producer. The film features music from Ibeyi, the Parisian musical duo of twin sisters Naomi and Lisa-Kaindé Diaz, who meld elements of Afro-Cuban roots music and electro doom soul - their track “Recurring Dream” was written exclusively for the film.

The film is available to stream now on Amazon, Google Play, Apple TV, Microsoft TV and Virgin On Demand - links available on the official website.