Trends and Insight 306 Add to collection 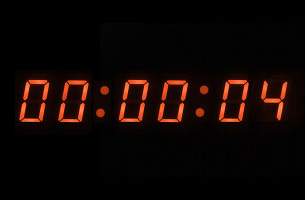 As Music Supervisors, we are already seeing the licensing of music move from traditional TV commercials to online content. Brands are expected to double their investment in digital video by 2020 to around $17 billion in the US alone. Yet Google has already admitted that 65% of people watching online ads hit the ‘skip ad’ button as soon as they can. When asked why, they replied, ‘habit’. So if brands are moving to online ads, they have to find better ways to reach people effectively and in a more powerful way. What can they do?

CNBC International has some suggestions:

1) Tell a good story – Talk to any creative and they will tell you that this is the ambition. They use special effects, fabulous locations, computer graphics and brilliant direction. While this formula worked when we all had the luxury of a 30 second ad, the reality facing marketers in 2018 is: how much of a story can you tell in four seconds? You could cut to a “hero shot” of the pack, but in the words of Shania Twain…

2) Target the right people – That depends on being given accurate data about the target market. With companies like Facebook blatantly inflating the number of users and eyeballs to attract ad revenue, media buyers are constantly challenged to do their calculations again.

3) Say the name of the product as close to the beginning of the ad as you can. Bizarrely, advertisers in the US often talk about their competitors BEFORE they mention their own brand in a commercial. It’s intended to dismiss them and gain a competitive edge. Veritonic tested 200 radio ads. The worst performing ads were three times more likely to mention a competitor in the first few seconds. Listeners usually stop hearing the ad after eight seconds — the only brand name the listener hears is that of the competitor!

4) Make an emotional connection as fast as you can with the viewer – 43% of viewers said that they would watch an ad with high emotion.  Ah now that’s an interesting statistic that is worth exploring….

Did you know that sound connects with audiences faster than visuals? The viewer hears the commercial before beginning to process anything visual.

Cadbury used this technique to their advantage in 2007 with their infamous Gorilla ad. Using Phil Collins’ “In The Air Tonight”, it was a full 7 seconds before we saw the intriguing gorilla fur. Much has been said about what made this execution so special.  But little has been said about the emotional connection to the haunting sounds of the song, which was already established with the audience. To get radio play and prevent channel surfing, music has to have a  ‘love mark’ of 20% and over. “In The Air Tonight” already registered an enviable 47% score before Fallon put it on the advert. The viewers were already emotionally engaged with the music WAY before they saw the gorilla and his drum solo.

So are we saying that if we can connect with the viewer though music we have a chance of keeping them online and getting past the 4 second ‘Skip Ad’? It depends on the music. Not every track with a high love mark will tick all the boxes. It depends on the target market, geographical location, success of the artist, the band sound, your brand sound, and so on.

As far as making an immediate connection to a listener, the music industry has been producing music with compelling and memorable intros and bridges and solos for years – come on, I know you all play guess the intro. And yet music is mainly chosen to fit the narrative. But if consumers don’t give the brand the chance to show us the narrative, then what?

Sound branding has been a topic for many years now and how, when music is used intelligently as well as creatively, the brand gains an unconscious advantage. For many years we felt like we were Jasper Carrott’s ‘nutter on the bus’.  Nobody really wanted to engage in a sound of the brand conversation. With brands now fighting for the attention of potential customers, brands need to be using the right song from the ‘get go’ – one that is familiar and has a strong emotional connection. After that they can segue into using music that fits the visual narrative.

The good news is that it would seem that if a brand understands the right music to use, 50% of people agreed that music would keep them watching the commercial.

Now that’s something to sing about.

Ruth Simmons is CEO at soundlounge