How To Give Your Brand a Future Edge 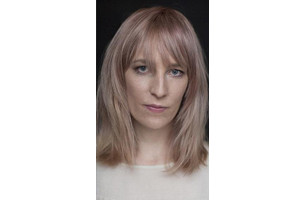 If you work in the world of brands, at some point you’ve probably heard an exasperated creative director quote legendary adman Bill Bernbach: “How do you storyboard a smile?”

As brand partners, the end of the long journey to identify a creative concept - the conceptual linchpin of a platform, positioning, or brand essence - often culminates in a nerve-wracking assessment phase. Here we see if all our strategizing, ideating, directing and executing pays off.

But assessing a concept with consumers to vet its resonance - will this idea speak to those we want it to? - is notoriously difficult, especially when the only way to give texture, grit and heft to a concept is to convey it via a creative idea.

How often do those in the back room let out a groan as consumers react to the execution of the idea, and not to the idea itself? The consumers themselves aren’t to blame - how can you separate what something is from the way it’s presented?  After all, to quote Marshall McLuhan, another of last century’s great minds:  “The medium is the message.”

So we can’t rely on consumers alone to deliver to us our successes.  To truly assess an idea’s potential we have to peer into the future.  But the tricky bit is that you have to do that in the context of the realities surrounding consumers today - because there’s a name for a great idea launched before it’s time: a flop.

Future-casting means looking at and making sense of the entire world of influences that are pulling consumers inexorably forward: shaping their constructs, reference points and expectations, both consciously and unconsciously.  These influences are what drive tomorrow’s preferences, values, and perceptions of what is meaningful and fresh.

This is where the power of an approach that integrates consumer and cultural insight can inject critical, future-rooted strategy.  Cultural insight mines the universe of cultural influences for the most emergent expressions of meanings and concepts.  It can ensure that we’re not only solving the right problems for a brand, but that we’re also unlocking the right opportunities – and at the right moment in time.  Turn back the clock to 2003 and no consumer would have been able to tell you that they what they wanted from a soap brand was to be affirmed in their own, real bodies.  But the smart minds at Unilever recognized the larger cultural forces that were at work and launched the Campaign for Real Beauty, transforming that simple bar of soap into an emblem of female liberation.  Talk about cultural power.

Strategy that accounts for both consumers and culture means that we don’t need to figure out how to storyboard a smile – because storyboards were never the point.  Understanding what that smile means at this moment in time in the context of culture, though – that’s the key to building tomorrow’s billion dollar brand.