How to Defuse the Digital Assets Time Bomb

Trends and Insight 164 Add to collection

Russell Pierpoint, MD at Evolved Media Solutions, explains how marketers can avoid falling on the wrong side of the law 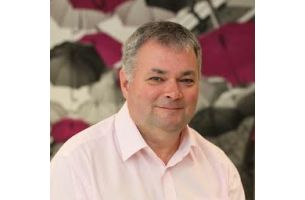 The massive growth in digital assets (photos, video and audio) is viewed by the majority of publishers, broadcasters and advertisers as a great opportunity to build their brand.  As the public is increasingly shifting away from traditional media consumption patterns, it’s giving brands of all kinds the chance to fulfill consumers’ voracious appetites for digital entertainment, information and social media interaction, whenever and wherever they want it.  This means organisations have the chance to engage and converse on a deeper level than ever before.

However, the scale of digital assets is enormous.  The most up-to-date figures from AOL/Nielsen in 2013 state that 27 million pieces of content are shared every day and it must be a fair assumption that this has grown significantly upwards in the past two years.  Not only is this giving companies a headache in terms of how to manage the sheer scale of the assets they are producing, it is also opening them up to a potential litigious nightmare too.

For any organisation using, sharing or creating digital assets there are a number of legal issues.  For instance, when using models or celebrities, or imagery bought from photographers, brands need to understand how they are allowed to use these.  For publishers and broadcasters the same is true for TV series licensed from abroad or syndicated articles.  In any of these instances, there are likely to be rights issues around their use – but far too many people are contravening these.  Often it’s a case of not understanding them, but unfortunately, ignorance is not an excuse.

Every piece of professionally created digital content is likely to be sold on the basis of a number of specific usage restrictions.  For example, maybe they can only be used for a specified time period; there may be restrictions in terms of the platforms on which they can be used – perhaps in print but not online; often there are geographical limitations about where they can be used etc.

Tracking and implementing these permissions across a big organisation can be pretty tricky.   A number of different departments may be buying or using assets for different reasons and often – even in large firms – there may be no central repository for them.  This makes it difficult for the logging and tracking of permissions.  Other organisations do track these but do it manually, which is a laborious and mind-numbing task – this is better than not having a system but it is also less than ideal as, for instance, when permissions expire it’s unlikely that assets stop being used.

If it sounds like a minefield, it is – and it’s getting worse!  Did you know, for instance, that the EU is trying to make it illegal for individuals to publish their own photos of famous landmarks, such as the London Eye, without permission from the copyright holder?!

However, marketing automation technology provides a way to manage and control digital asset rights in the form of a Digital Asset Management (DAM) system.  A DAM system, such as WoodWing’s Elvis, will also create a workflow so that gaining, tracking, and acting on permissions becomes part of an automatic process.  Those who buy in assets upload them to the DAM and have to input the relevant licensing, copyright and usage restrictions – the system will flag up if more information is required.  Content can be restricted so that it is ‘locked’ unless the person looking to use it agrees to comply with the permissions.  Similarly, if an asset’s permission expires then it also becomes locked automatically.

A DAM system is equally invaluable for a company to protect its own digital assets as well as for complying with the rights of those they buy in.  By using something like Elvis as the basis for a searchable repository of assets it can make it easier for people to use the correct ‘on brand’ imagery and provide them with clarity on how, where and when they are allowed to use it.  Otherwise, companies can lose control of their brand as people use wrong logos or old artwork by using Google as an alternative means to find what they think they’re looking for.

Building digital asset management into a business has become a ‘must have’ rather than a ‘nice to have’ as legal action from artists, agencies, publishers and photographers are becoming more widespread.  Often when assets are misused it might simply be a case of lost time in sorting problems out or small fines, but these can really add up.  There can also be landmark cases such as that with photographer Daniel Morel was awarded $1.2m when Agence France-Presse (AFP) and Getty Images used his photos from the Haiti earthquake without permission.

Implementation of DAM is only the start of the process though.  Organisations also need, at the same time, to educate the whole business about the basics of digital asset rights (don’t use a photo unless you have permission!) and embed this into the culture to make sure that people err on the side of caution.