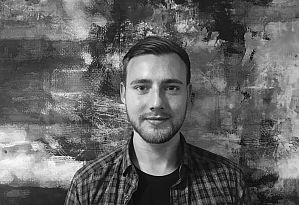 Emerging Nice Biscuits talent, Ollie Gill, explains how a combination of hard work, creative life hacks and persistent networking can take you from runner to colourist in double-quick time.

LBB> How did you first break into colour grading?

Ollie> I never originally planned to get into grading. At University in Leeds I was actually interested in audio post production, but I knew I wanted to move down to London to pursue my career, and it so happened that my cousin knew of a runner position that was open at Prime Focus. Three months into running, a Machine Room (MCR) job opened up – I interviewed for the position, and secured the role.

So my career in colour really started in the MCR at Prime Focus.

LBB> Was it a tough transition going from audio post to video?

Ollie> It’s certainly different, but the transition was surprisingly easy. I found that the connection between audio and video post was mastering. The fine-tweaking of tracks you’re given when you have to master in audio post is quite similar, in principle at least, to the process of tweaking film footage during the grade.

A lot of grading is about getting your senses around the tech, but it wasn’t too unfamiliar with my music background. The funny thing is, I found that the desk control panels used by colourists are quite similar to those on a mixing deck.

Beyond those similarities, I really had to learn on the job and put in the hours so I could understand as much as I possibly could and begin to become more established.

LBB> You’re pretty young for a colourist. Why do you think your career has progressed so quickly?

Ollie> I just put myself about as much as I could. When I was working In the MCR, I would spend long days assisting the colourist, learning as I went. When one side was quiet, I would go over to the broadcast side and help those guys out and vice versa. I really believe that when you put the hours in and go the extra mile it gets noticed. It might not seem like it at the time, but people will reward hard work.

After Prime Focus was bought out by Blue 2.0, I went freelance for a time and that really taught me to stay driven and dedicated – otherwise I just wouldn’t have found work. I started adding as many people as I could on LinkedIn, sending emails out to people in the industry, and just making sure my name was out there.

A little trick I would use was whenever I watched television I would wait for the credits to roll up and spot who the colourist was. Once I had their name, I would reach out to them. A lot wouldn’t reply but some would – which was real boost.

A colourist who I had connected with on LinkedIn called Simon Astbury invited me in for a chat. So I just went in at 6pm on a Friday and picked his brains for a few hours. This was invaluable for me and Simon led me onto four other contacts. Through this persistent networking I quickly built up a reasonably large amount of contacts, which helped me progress quite quickly.

LBB> What attracted you to Nice Biscuits?

Ollie> I had been freelancing around Soho for a while when I popped into the office for a chat with the team and my initial impression was how welcoming everyone was. Having come from a background of only working in big companies, I liked the feel and atmosphere of a small team. It feels like a family and the working environment is always so friendly and positive. There was an opportunity for me to further my career as a colourist in commercials here, and the fact they had recently upgraded their hardware, including a brand new self-calibrating 4K monitor, as well as running the latest versions of Da Vinci, certainly appealed to me. I could instantly see that this was an exciting company that I wanted to be a part of.

LBB> What would you say is your top tip for young aspiring colourists?

Ollie> It’s definitely important to get yourself out there. But beyond just networking, aspiring colourists or freelancers can find lower budget projects online that are fantastic to practice your craft.

There’s loads of free or £50 jobs online from students, young filmmakers or musicians who can’t afford to grade their work any other way. There’s some incredibly creative people out there who don’t have the budget to bring their idea to life – and that’s where the colourist comes in. Take as many of these jobs as you can, and you’ll soon understand more about the industry and what it takes to be a colourist.

LBB> Is there a wide variety of these jobs available?

Ollie> Absolutely. You never know what you’re going to get – that’s half the fun. You could be working on a unique music promo one day and then a bizarre student film the next. There’s a lot of variety and a wide array of creative briefs on offer.

Ironically, the cheaper or free jobs often have the most specific brief. Sometimes, they will have envisaged a certain look that is simply impossible to achieve because of the way they’ve shot the film – and you have to try and explain to them that’s it’s simply not doable! But this is just another valuable learning curve and once you’ve made it to a certain level the clients are generally completely aware of what is actually viable in the grade.

LBB> What would you say influences your work the most?

Ollie> When I was assisting other colourists I was always interested in watching each of their individual methods when achieving their styles. I noticed operators would follow the basics of grading, however everyone works in a slightly different way and has their own unique tricks. I believe it’s key to learn from others to help you develop your own style and technique. But there are certain films that have a heavily stylised look to them that have definitely influenced me. For example, the classic green tint in Fight Club. However, it can be hard to apply this to commercials because it is such a specific look.

One film I do like to reflect in my style is Pulp Fiction. I really enjoy the bright, vibrant grade mixed perfectly with the heavy contrast and dark shadows, giving each shot a real depth.

I also really liked the grade on Boardwalk Empire, but this may have been because I was watching it from my first day in the MCR through to my days as a colour assistant. I really felt the grade contributed considerably to the quality of the show, helping it seem more believable as a period drama.

LBB> Do you find yourself constantly noticing the different approaches your peers use for their grades?

Ollie> I’ve realised it is hard to switch off at the end of a working day and I often catch myself noticing grades when watching TV. This usually means that I’m the only one in the room who doesn’t want to skip the ad break. I think seeing how other people have approached their grade is always helpful; it’s important to be open-minded when it comes to grading.

LBB> What’s your plan for the future?

Ollie> Keep doing what I’m doing at Nice Biscuits. It’s still early days in my career, so for a fair while I’ll focus on short-form with the occasional promo and try and make a name for myself. But in all honesty it’s all about learning; I’m moving forward on every job.

Every film can be different with the way they are shot varying massively, so this is an industry that constantly keeps you on your toes.  One day when I’m more established I will make the switch to long-form and more film work, but for now I enjoy the neatness and precision of short-form. 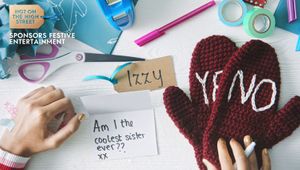 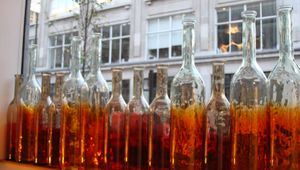 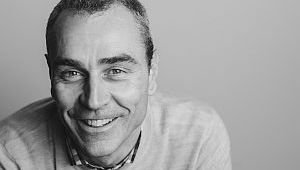 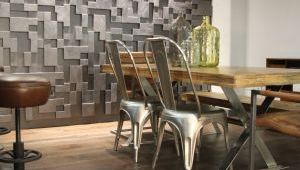 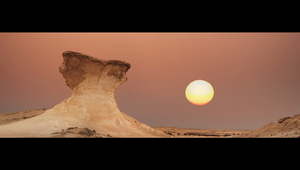 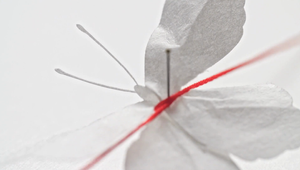 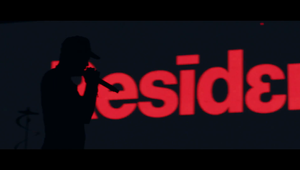 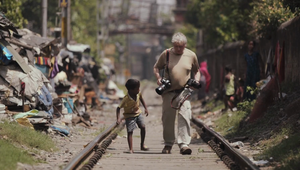