How to Build a Monster with Framestore’s Martin Macrae

From World War Z to Guardians of the Galaxy, find out how the Framestore team dreams up out-of-this-world creatures 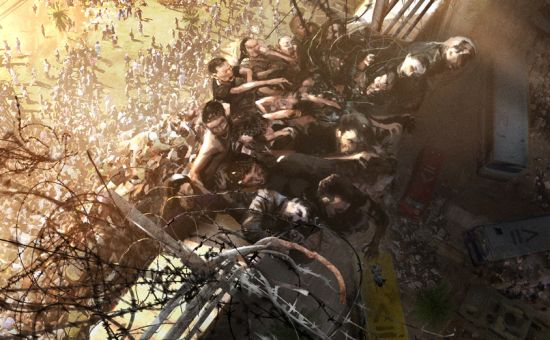 Martin Macrae is Framestore’s answer to Dr Victor Frankenstein – when it comes to designing terrifying monsters, he knows a thing or two. Heading up Framestore’s art department, he’s developed frightful creatures, demons and aliens for some of the big monster movies of the past few years, including World War Z, Edge of Tomorrow, Guardians of the Galaxy and the recently released Dracula Untold. LBB’s Laura Swinton caught up with him to find out just how he comes up with his creepy creations.

LBB> What do you think is the key to creating a truly terrifying creature design?

MM> The key is looking at the things that naturally scare the living daylights out of people. There are certain things in nature that people in general find terrifying. Creepy crawlies with many legs, covered in fine little hairs, writhing worms and nasty parasites, slime and decaying matter, to name a few. The trick is then to implement these into a unique and terrifying creature that no one has ever seen before.

LBB> And how difficult is it to tell if something you’re working on is really scary?

MM> This is a team effort. If it scares one person it could be a fluke, but if it scares a room full of people then you're probably onto something.

LBB> Generally speaking, how long does it tend to take to develop a fully fleshed out concept?

MM> This can vary vastly from project to project. Depending on what kind of concepts they are. Does the creature evolve through the movie? Do we need to put the creature in a complex environment with hundreds of soldiers storming towards it from all sides? Does the creature have special powers that need to be thought out / designed? These are all things that affect the time it takes.

LBB> What sort of talents do you have at the Framestore art department? What sort of mind and personality do you need to be a great monster-maker/world builder?

MM> We have a varied team that enables us to efficiently tackle all aspects of the visual development process. From 3D sculpting to photo manipulation and excellent painting skills, most of the team has spent their entire lives creating and visualising ideas. You have to be able to delve deep into your imagination and pull out great (and sometimes scary) ideas.

LBB> And what advice would you give to anyone wanting to get into this area?

MM> I know it's a cliché, but practise, practise, practise! Have a look at what the best people in the field are doing and compare your work to theirs. Is it as good? If not what makes their images more compelling? There are plenty of resources out there on the web to help an aspiring artist out.

LBB> The aliens in Edge of Tomorrow after a long design process ended up really different – organic, nightmare-ish and almost a little Lovecraftian. What was your starting point for them?

MM> We had a look at just about every scary movie creature out there that had been done already and said: - What can we do to create something completely different but just as scary?

LBB> As for Dracula Untold – what sort of ideas did you draw from to create the world of one of the most iconic monsters of all time?

MM> Well for example, we had to give the transformation of Dracula a new look that would be iconic and gruesome at the same time. For this we looked at all kinds of transformations and patterns that occur in nature. From an octopus that can change it's colours by altering its skin cells, to the patterns that veins have running through the body.

LBB> Who is your favourite classic movie monster ever?

MM> The monster in the classic movie ‘Alien’ of course!