How TikTok is Transforming Advertising and Why It’s Working

From the increase in Dunkin’ sales to the uptick in Duolingo downloads, TikTok is more than just a place to rant and dance — it gives birth to a new way to advertise, writes Chika Okoye 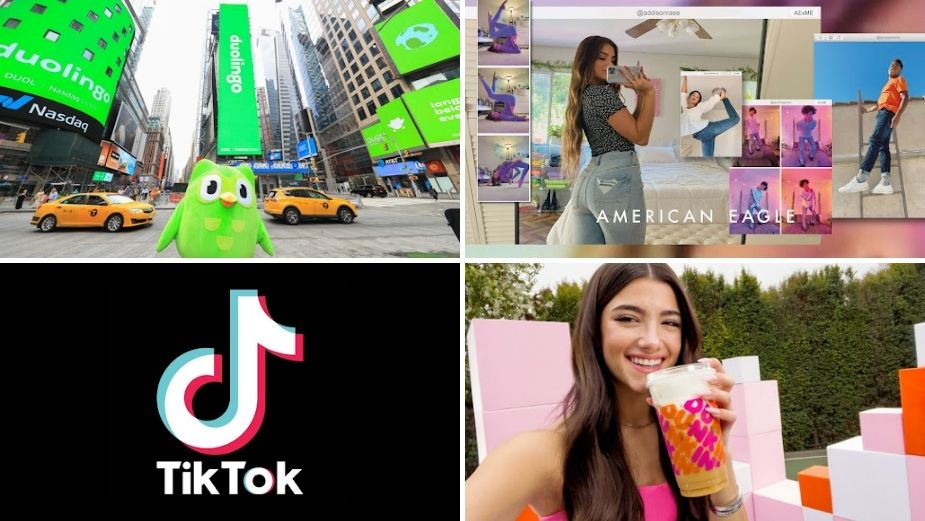 With the world forced to isolate indoors and with an endless amount of time to fill, the covid pandemic gave rise to the most visited social media platform right now: TikTok. More than 300 million people downloaded the app during the first few months of 2020, resulting in a 180% growth among 15- to 25-year-old users. Today, over 1 billion people use the app every month.

TikTok is not just for dancing to the latest Doja Cat song or gossiping with peers through the screen, it’s a platform that sells — one that sells well. Now more than ever, companies across industries are racing to the app to push out new products. But the formula for ‘viral’ content remains somewhat of an elusive challenge for brands. So, what is it that started it all off?

A Success Story - How It Started

Charli D'Amelio, the platform's most-followed superstar (138.7 million followers), used to famously feature herself enjoying an iced coffee from Dunkin’. In an effort to take after their favourite creator, fans began to buy coffee from the New England-based franchise. D’Amelio’s viral appreciation for the brand led to a collaboration and in late 2020, Dunkin’ launched a new signature drink for its menu: The Charli, a cold brew coffee with whole milk and three pumps of caramel swirl. In the first five days of the launch, the chain sold hundreds of thousands of drinks, saw a 57% increase in downloads to the Dunkin’ mobile app, and gained 2.1 million followers on TikTok, more than any fast-food chain on the platform. One influencer's genuine love for coffee resulted in notable revenue and changed the brand’s image in the process.

“Tik-Tok Made Me Buy It”

Collective opinion remains strong on TikTok. Thanks to TikTok, CeraVe, a skincare brand, was deemed one of the fastest-growing brands of 2020 and only continues to climb. CeraVe caught the attention of consumers desperate to change their skincare routine and Hyram Yarabo (6.4 million followers), lit the match that started the buying frenzy. Users saw that the brand’s line of products were working for their favourite creators and friends, and after a swarm of recommendations, they collected a total of 878.5 million hashtag views. CeraVe was able to rise simply by word of mouth. CeraVe capitalised on this by embracing the attention and using multiple TikTok creators to explain the benefits of its products.

Before its debut on TikTok, CeraVe was seen as a simple and reliable skin-care brand, However, it lacked an aspirational aspect due to the accessible price point and plain packaging. What the social platform did for the brand was elevate it in the eyes of consumers across demographics while adding a dimension of scarcity since the products were frequently sold out in stores and online, despite the brand’s mass market presence.

Ocean Spray is another prime example of TikTok giving brands a new way to reach younger audiences. Nathan Apodaca, a potato farmer from Idaho, recorded himself cruising down the street on a skateboard while sipping on a bottle of Ocean Spray cranberry juice. The video was viewed over 46 million times and resulted in an increase in product demand. Ocean Spray’s viral moment helped boost its new strategy and growth plans.

It doesn’t stop there. A viral video of a young girl rollerskating sold out roller skates for months; the popularity of Aerie’s high-waisted leggings made the brand produce more; Addison Rae (87.3 million followers) partnered with American Eagle for their #BackToSchool campaign because of her overwhelming popularity to elevate the brand further; and Bang Energy became a go-to for those who had never tasted an energy drink before after it appeared in dozens of TikTokers videos.

In the digital age, consumers want to connect with brands and brands are using TikTok to find and evolve their brand voice. When you visit Duolingo’s profile (3.5 million followers), you will be greeted by the brand’s mascot, Duo, pining for Dua Lipa’s attention and scolding users for losing their language-learning streaks. Duolingo changing its voice from refined and simple to humorously unhinged, absurd, and sometimes raunchy, has users swarming to the app. Other brands hopping onto current trends with a humorous approach in an attempt to connect with users include RyanAir, Paper Magazine, Lionsgate, and ESPN. What these brands are doing successfully is reaching audiences without directly selling to them. The goal is for companies to seamlessly blend into the ‘For You Page’ (the landing page when you first open the app that allows for endless scrolling )by mirroring their customers and those who are evolving their brand voice to do so are excelling in the marketplace.

Why It’s Working and What’s Next

To put it simply, authenticity drives engagement which drives purchase. Authentic TikTok content feels personable. Because users are hearing recommendations from their peers, influencers, and favourite celebrities in a setting that feels casual and real, it pushes the notion of trust. The platform gives brands the opportunity to share genuine engaging content.

TikTok is changing how advertisers find their target market. This new marketing format works because it allows creativity a chance to shine among a generation that has increasing market power that equates to $140 billion. Sandwiched between paid advertising and branded content, videos produced by users organically create conversations. Brands are seeing this in real-time and adjusting their marketing strategies.

The relationship between social media and advertising continues to evolve, offering promise and profit to brands and creators alike. The app that was originally used to lip sync to music is only continuing to revolutionise how to reach a younger, engaged — and consumer conscious — audience. Whilst TikTok is recognised as one of the major platforms to create opportunities for marketers, the key to cracking it remains rooted in the authenticity of its content.