How This NY Agency Is Reinventing The Museum Gift Shop

Trends and Insight 374 Add to collection 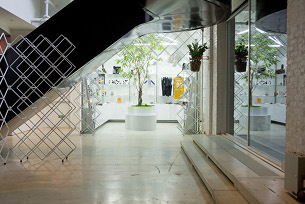 The gift shop… traditionally full of overpriced, stereotypical tat that kids pressure their parents into buying or tourists purchase on a glazed-eyed whim. After seeing the success of Alldayeveryday’s success with The Newsstand, a kiosk in a Williamsburg subway station that sold more than the normal cigarettes, chips and chocolate, Red Bull Studios New York approached the New York agency about collaborating on an experiential retail concept that would fit with the art programming that Red Bull Studios New York was already curating. And so was born  ‘The Gift Shop’. The project works as a collaboration between the two companies and features unique artist commissions, cultural event programming and loads more. Alldayeveryday created the branding and identity, designed the physical shop, the e-commerce shop, the social content surrounding it, collaborates with Red Bull Studios on product and programming/events curation. LBB’s Addison Capper chatted with Kevin Kearney, Managing Partner of Creative Services at Alldayeveryday, to find out more.

LBB> How did The Gift Shop initially come about?

KK> Red Bull Studios approached Alldayeveryday because they were inspired by our experiential retail project, The Newsstand, and its success. (* See below for info about The Newsstand.) They were looking for an interesting retail concept that could tie into their ongoing art programming.

* Alldayeveryday rented a kiosk in a Williamsburg subway station for seven months and sold independent magazines, zines, art books and other limited edition items. We hosted events, book signings, and had writers and artists from the independent publishing community who contributed to the project to act as guest clerks. It quickly became a part of the lives of daily commuters that passed by and stopped in to discover something new.

LBB> It draws “inspiration from the traditional museum”. Can you tell us a bit more about that inspiration? What kind of things did you discover during research?

KK> The Alldayeveryday team regularly collaborates with a lot of different artists – some established, some new and upcoming. So working with them was a natural fit with the art programming that Red Bull Studios was already curating in its New York space. The approach was to commission really unique, limited edition items that people would want to buy, avoiding clichés like a Picasso calendar or a Mona Lisa mouse pad.

LBB> It’s an interesting project because despite not being traditional advertising, it is after all a promotion activity for Red Bull Studios. Have you ever worked like this before? How’s it been for you?

KK> It was a goal to establish Alldayeveryday as a stand alone brand, and we are always looking for platforms to help support our community and cultivate interests and skills. This was the first time we partnered with a brand on one of our own projects where the Alldayeveryday name took the lead. 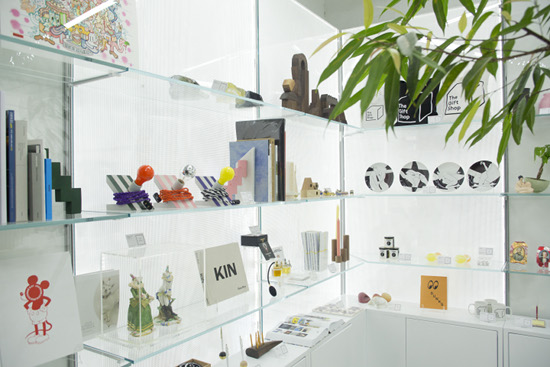 LBB> How does the project work with Red Bull? Is it more of a collaboration? What involvement do they actually have?

KK> It’s a collaboration. Alldayeveryday named the concept, and designed the logo, the identity, the physical store, the e-commerce site, and created the content and the programming. The physical store is located inside Red Bull Studios, where the events are also hosted. Red Bull Studios hired Alldayeveryday for our POV on all touch points surrounding the entire retail concept and we collaborate with them on the product and programming curation.

LBB> It features a consistently rotating inventory from numerous artists. What do you look for when enlisting artists to exhibit?

KK> We enjoy working with a mix of emerging and established artists that we admire, many of them are a part of our extended network. A lot of our projects live in the digital space, so we all relish a good opportunity to create tangible objects for people to buy and bring to their home. 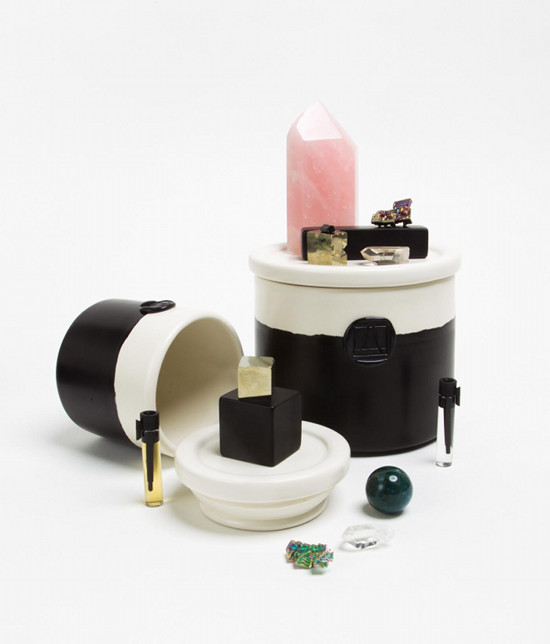 LBB> And the actual products themselves… what’s the quota for those? What kind of stuff do you typically sell?

KK> There are no specific quotas set – it really depends on the item. And we sell everything from patches and pins, to fragrances, object crystal sets, and one-of-a-kind sculptures.

LBB> The actual design of the physical shop was an important part of the process. What’s the space actually like and what inspired it?

KK> Alldayeveryday's director of architecture and interiors, Todd Fenton, designed the physical space. Red Bull Studios really pushed us to try and create something that could stand alone and not depend on any particular theme. Todd has described it as having the feeling of what a designer from the ‘60s or ‘70s would have envisioned a room of the future to look like. He was able to bring nature indoors by placing a single tree in the middle, and building the shop around it, giving it an unexpected indoor and outdoor feel. It’s like a crazy oasis you are immediately drawn to when you walk in the room and offers a nice sensation of discovery. This is an important emotion to capture in any retail setting. 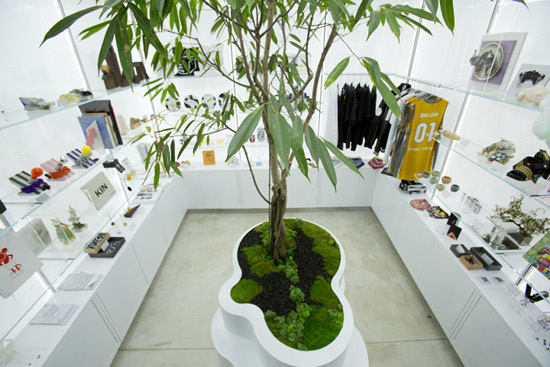 LBB> If you had to generalise, what kind of people visit the shop?

KK> The creative class – these are people that appreciate and participate in culture.

LBB> What other activity happens outside of the sale of actual projects? Events, online presence, etc.

KK> An entire cultural programming platform that includes everything from hosting events, publishing books, and creating content to support the artists that contribute to the store. We have had art instillations, a karaoke party, book signings, and most recently, aura photographs and readings to celebrate the launch of a collection of wellness care packages by jewelry artist Anna Sheffield. 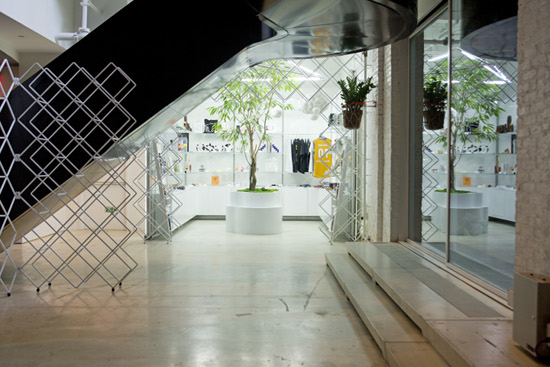 LBB> Have you had any other brands approach you interested in similar projects?

KK> Yes. The Gift Shop and The Newsstand were successful case studies for experiential retail and how our community-based approach really resonates with an audience. They are authentic, inspired examples of creating an experience.