How This New Spotify-like Platform Is Fusing Music & Charity 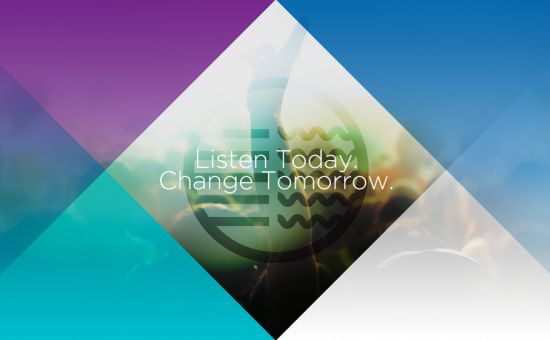 Ad agency LRXD recently teamed up with The Music Ninja, an online blog dedicated to promoting emerging musicians, and charity aggregator ONEHOPE Foundation to launch a web platform that’s a mash-up of Spotify, Omaze and Kickstarter. Cadence & Cause is a new music platform that’s designed to create revenue for charities by connecting musicians and their fans to causes, which in tow allows musicians to actively see a tangible effect to their charitable activity and gives fans the chance interact with artists. LBB’s Addison Capper found out from Cadence & Cause founder Clayton Warwick what the lightbulb moment for the platform was.

LBB> How did the relationship between LRXD, The Music Ninja and ONEHOPE Foundation initially come about?

CW> Cadence & Cause is a joint effort between me (Co-Founder of The Music Ninja) and advertising and digital agency LRXD. The association with ONEHOPE came through a previous relationship with LRXD.

LBB> It’s a ‘mash-up of Spotify, Omaze and Kickstarter’. Can you elaborate on that for us? How will it work?

CW> The site is multi-dimensional. We think it combines the best features of a music service with a philanthropic community and a funding platform. Our robust streaming service lets fans listen to their purchased music through a phone, tablet or computer. Aside from selling donated music, we encourage artists to develop unique perks that engage fans in ways they will never forget, such as virtual or in-person meetups or signed merchandise. In regards to Kickstarter, there is definitely a ‘campaign’ feel to what we do: Our artists set goals and work on a timeline to raise money for their chosen cause. Each program’s timeline shows site visitors where the campaign is at and the impact fans have made through purchases and donations.

LBB> What’s the aim for the project?

CW> Our aim for this project can be looked at in a few different ways:

- For the music lover: We hope that fans check out artists they love – and some they’ve never heard of – while making a difference for a worthy cause.

- For the artist: We want to be the quickest, easiest, and most effective way for artists to run a charitable campaign.

- For the causes: We want to provide a new revenue stream that’s powered by the musical community.

LBB> Where did the idea to launch Cadence & Cause come from?

CW> With The Music Ninja, my main responsibility was to work with publicists, labels, managers and artists to create unique and exclusive content. The amount of stuff that’s given away for free on a regular basis is monumental. So, a lightbulb clicked on: I realized that, given the right platform, these items could be marketed to make some real change in the world.

LBB> How do music artists get involved? What do they actually give to the cause?

CW> Artists can get involved by simply contacting us via the website. Launching a basic Cadence & Cause campaign is extremely simple and can be done in a few minutes. We run everything through a web form online, which makes the process quick and painless for the artist or their team.

They provide whatever they’d like, such as music, merchandise, signed items and experiences. It really comes down to crafting a campaign with a cause – and perks – that fans value.

LBB> Which musicians do you have involved already? What kind of reactions did they give?

CW> Musicians have been overwhelmingly supportive and excited about this platform. As many of us know, finding a great charity to donate to can be daunting. With this easy-to-use platform and ONEHOPE’s reputation for curating the best charities, artists feel comfortable working with us. It’s less of a hurdle for them. We’ve cleared the path to help them quickly set up and market a charitable campaign.

— The Chainsmokers: donating two pairs of signed headphones; will be benefiting childhood education.

— Ken Loi and Lara Etzen: donating an unreleased song and a one-hour Skype studio session; will be providing homeless children with care packages.

— NOOSA: donating an unreleased song, a package containing a signed vinyl and handwritten lyric sheet and an item that will allow a fan to ask NOOSA to cover their favorite song; will be benefiting childhood education.

— Heart & Soul Radio: donating an unreleased song, three signed shirts and a dinner with the band at Casa Bonita that will be filmed and made into a webisode; will be providing clean drinking water.

— Anteros: donating a song; will be benefiting childhood education.

— Bobby Nourmand: donating a remix of an exclusive song; will be helping shelter animals get adopted.

LBB> And what do the fans get from the experience?

LBB> And which charities are involved?

CW> A revolving list of charities, which will focus on those that…:

- Provide clean drinking water filters to those in need

LBB> Who approached whom first?

CW> The Music Ninja approached LRXD with this idea in January of 2014 [Clayton had worked as an Account Manager for the agency], and things moved relatively quickly, going from concept to launch in a little over a year.

LBB> Tell us about the name…

CW> Naming is never easy! We brainstormed for a few weeks, finally landing on Cadence & Cause. We liked it because it’s easily connectable to what we do, and the alliteration helps make it more memorable.

LBB> What are the next steps for the project?

CW> We will continue to bring on new artists and causes to support issues that affect our world on a daily basis. The site will evolve as well, receiving upgrades and new features as time rolls on.