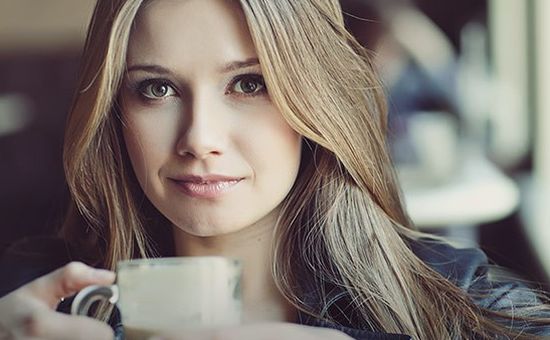 Christmas can be a lonely time of year, particularly for the lovelorn. As loved up couples exchange eskimo kisses, singletons can do nothing but eye up a limp piece of mistletoe and brace themselves for the dregs of the office party. Adam Lowe, Daniel Hall and Shib Hussain, though, decided to change all that and bring a bit of Valentine’s suave to the festive period. The trio launched ‘Adland Chat Up Lines’ in the run-up to Christmas last year, a series of industry-themed pick up helpers that were all about sassy social, integrated and tech.

But now they’re stepping up their matchmaking game with Tab, a smart new desktop-based dating service that lets you browse the web and find a date at the same time. It’s Google Chrome extension that, after installation, greets users with a potential love match whenever they open a new tab. Tab is indeed an extension of Whereas Adland Chat Up Lines was more about creative experimentation, the team reckons that Tab is an actual, bona-fide online dating tool that’s is set to integrate a little romance into our desk-bound work days.

LBB> You launched adland chat up lines earlier this year. What inspired you to expand on your Cupid-like mission with Tab? Was it always part of the plan or was it more of a lightbulb moment?

LBB> Adland Chat Up Lines seemed more like a bit of creative fun, whereas Tab is a more bona-fide, serious tool to find love. What pushed you to alter your approach in that way?

SH> We always thought of Adland Chat Up Lines as something fun to do at Christmas, it lasts a week and then it's done. With Tab, we’ve created something we can play with in the longer term. It's an exciting opportunity to change how people find dates. It's only going to get bigger and better from launch.

LBB> Matchmaking is becoming a bit of a theme for you guys now! Is it an area that you’ve always enjoyed exploring or have you kind of fallen into it thanks to Adland Chat Up Lines?

SH> Haha! Now you mention it is strange. We also ran a men’s toiletries start up where we shipped condoms through the post. I think being the age we are, we try to solve problems, everyday problems that affect us. Matchmaking falls into that!

LBB> We hear a lot about extensive mobile usage - both in adland and the main press. Why did you still see the need for a Tinder-style dating addition for desktops?

SH> First of all, we don't see ourselves as a desktop Tinder. We're a lot more seamless, embedded into everyday internet usage as opposed to Tinder which you actively use. People don't behave like that; you don't switch from 'looking for someone' to 'not looking for someone’. With Tab it's integrated into normal behaviour. Our key reason for desktop was to follow our audience. We're going for people who spend all day in offices and have busy social lives, it's where most of their device time is - in front of a screen.

LBB> We’ve been laughing in the office about people being bored in the office and using Tab while they're procrastinating! How do you see people using it?

SH> There will be definitely be an addictive element to it. After all every new tab is potentially the perfect match! We imagine it to fit into people's normal behaviour, they'll get excitement with every new tab, making the work day a little more exciting!

LBB> Is there any way for matches to chat when they’re not on a desktop?

SH> There isn't in the immediate release. People will be at their desks for most of the day, giving plenty of time to chat. And from our experience, numbers are usually exchanged quickly. We don't want to keep people within Tab, we want them to meet and then talk using any app they find convenient once there’s chemistry.

LBB> What kind of research did you undertake before officially going ahead with Tab?

SH> We interviewed people about their usage of dating apps and services. Their likes, their frustrations, their pain points. We signed up for several sites and took them for a test drive, and of course we constantly spoke to users as we developed the concept. The key thing for us was to validate it at every stage before diving in. For example, we learnt that people want a 'hide' button in case they're going into a meeting so we'll have that as part of the experience.

LBB> I know it’s not quite launched yet, but what kind of feedback have you been getting on the idea?

SH> Feedback has been massively encouraging! People seem to be excited due to the seamless nature of it; the fact it takes little effort from the user seems to be the key sell. Also the innovation angle of using a space that is considered dead space, the tab, has been a big hit.

LBB> When is it set to launch?

SH> If all goes well, in the next couple of months you'll all be enjoying Tab'ing in the office.