How the Zero Tolerance Ribbon is Flipping the Approach to FGM

Behind the Work 849 Add to collection

Dubai's Impact BBDO is working on the ground with doctors and has created an ingeniously-designed rallying symbol that combines the campaigning ribbon with Arabic, writes LBB's Laura Swinton 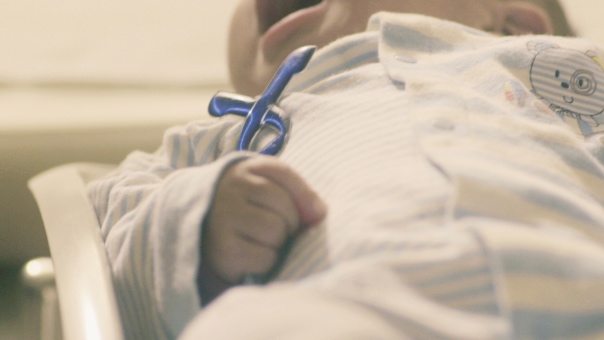 87.2% of women and girls in Egypt have been affected by female genital mutilation. The country is home to the biggest number of FGM-afflicted women of any country in the world. Globally, over 200 million people have undergone FGM. That’s why this February 6, the International Day of Zero Tolerance for Female Genital Mutilation, creative agency Impact BBDO joined forces with anti-FGM organization 28 Too Many, Egyptian NGO Tadwein and the Rofayda Hospital Group to launch an initiative designed to end the cycle of violence against girls.
The statistics and consequences of FGM are shocking – but shock might not be the most effective approach if the partnership is really going to change minds, explains Impact BBDO creative director Logan Allanson. He insists that this not simply an awareness-raising exercise but a project design to engage.
“We thought: we’re not just going to raise awareness. You can always do these shocking print ads or whatever but we wanted to go and get things done correctly by going into the hospital and informing new parents about the dangers of FGM,” explains Logan. He says that while the usual executions around FGM can be disturbing, they can also alienate those with the power to make a difference. “Usually it’s stitches or its razor blades. This evokes negative things in peoples minds; it’s shock tactics that don’t really work anymore. People are turning off to this, they turn away and they think, ‘I’m not part of that. I’m not a butcher.’”
The project, ‘Say No to FGM’, combines a grassroots education project that empowers parents to resist the medicalisation of FGM in Egypt with a transcendent creative idea that unifies the fight against the practice. It sees doctors educate new parents about the dangers of FGM - and they are then encouraged to sign a pledge protecting their newborn daughters from the practice. It's a project that revolves around behaviour change.
Logan says that seeing parents signing the pledge alongside the birth certificate has been an incredibly moving experience. “These are two very important documents for this little girl you know. She doesn’t even understand the gravity of those documents until she grows up,” he says. “We like it because of that. We can’t change all the people’s minds but we can certainly protect young people who don’t have the power to say no.”
Tying everything together is a new symbol which the creators hope will become a rallying point for the various organisations and programmes fighting the dangerous and potentially lethal practice. The creative team behind the project at Impact BBDO have taken the shape of the typical campaigning ribbon and flipped it upside down so it resembles the Arabic script for the word ‘no’.
The symbol is blue – a culturally relevant and resonant colour -  and has been devised to convey a sense of resistance and aggression where the rest of the campaign is understanding and diplomatic.
“Blue in the Middle East and Egypt is about safety and protection,” explains Logan. “In Egypt it also symbolises truth, virtue, justice, hope protection and reproduction. So even the colour itself is culturally relevant. It’s not blue just because that’s a cool colour!
“The awareness ribbons are usually quite passive. They’re like, ‘oh let’s raise awareness’ and that’s obviously really important , but for this topic we felt that we needed to be a lot more aggressive with it, without being aggressive. The symbol conveys the aggressive part because it’s a full-on statement of ‘no’.”
It’s a nuanced and ambitious undertaking. 28 Too many are taking the symbol and case to the United Nations in New York, with the hope that the symbol will be adopted universally. In order to make it easy for anti—FGM organisations to use the mark, the design is easily available and open-source, with the only stipulation being that users don’t alter the shape of the symbol.
The seeds of this ambitious campaign lie in a group of Egyptian employees at Impact BBDO who were passionate about tackling the issue. Although FGM was made illegal in Egypt in 2008, the practice continues, often carried out by medical professionals. However even the Egyptian members of the team were astounded by the hard numbers. 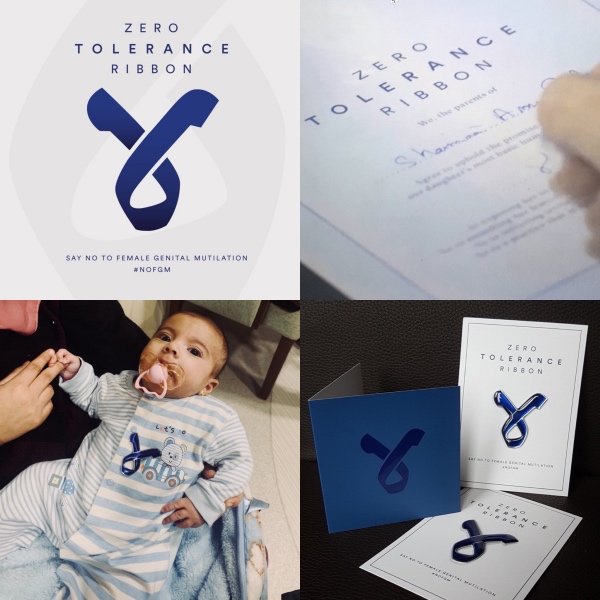 A key pillar to the project’s success is the backing of on-the-ground organisations. And perhaps the most emotive advocate is Rofayda Hospital Group’s Dr Amira Edris who once had to attempt to save the life of a small girl whose procedure was botched. The seven-year-old was brought into Dr Amira’s operating theatre but sadly the girl went into shock and died.
“The role of our doctors will be to educate new parents on the danger of FGM, even if carried out by a medical professional. We want to encourage parents to join our pledge and protect the rights and dignity of a future generation of women and girls,” says Dr Amira.
Now the project has been released, the response has been largely positive. The ribbon has been picked up by 15 NGOs around the world and in Egypt the Ministry of Health has got behind the approach. However, says Logan, there has also been some negative response locally. But the minor (and perhaps depressingly inevitable) backlash is a small price to pay.
The team at international organisation 28 Too Many believe that the project represents a major breakthrough. ““Even though laws prohibiting FGM in Egypt have existed since 2008, the prevalence here is still extremely high, and in most cases in Egypt, FGM is carried out by medical professionals,” says Dr Ann-Marie Wilson, Founder and Executive Director of 28 Too Many. “By launching this campaign with the Rofayda Hospital Group, we not only putting across the message of Zero Tolerance to FGM but also to the medicalisation of FGM. Several young girls have died whilst undergoing medicalised FGM in Egypt and we believe that the launch of this ribbon today will be a huge step in ending this practice.”
Find out more here.
view more - Behind the Work

Communications Manager: Emma Lightowlers (28 Too Many)