Trends and Insight 201 1 Add to collection

Experiment and engage but remember to keep it human 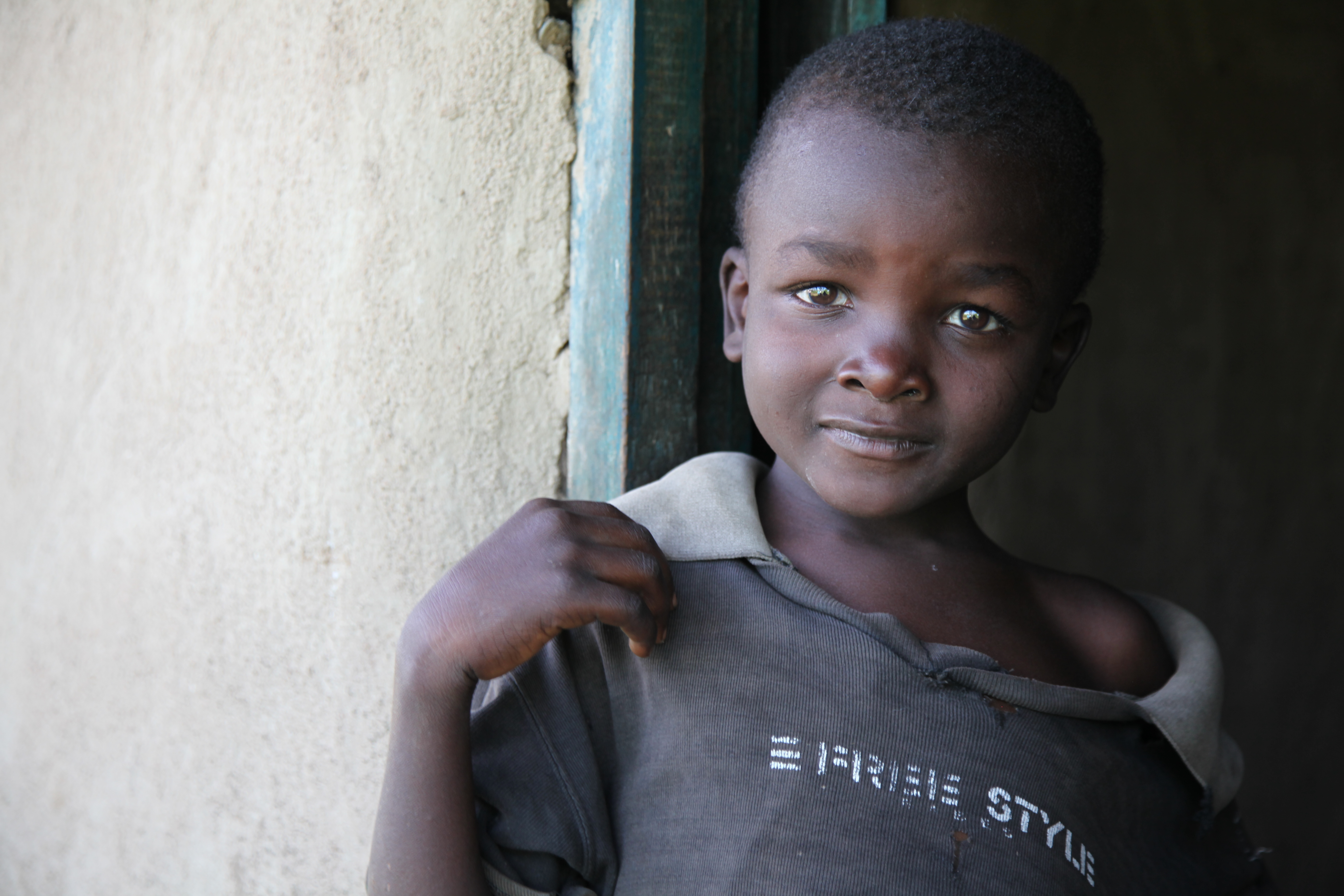 Virtual reality has been lauded as a powerful, engaging tool to raise awareness and bring people closer to events with the third sector already making big strides in the use of such immersive technology. Several VR films have enjoyed huge impact, notably the UN's ‘Clouds Over Sidra’, which has been used for direct fundraising in 30 countries.

The use of virtual reality, augmented reality and mixed reality are the subject of much debate. Previous discussions have been around the technology being expensive and inaccessible. But now the industry is evolving and VR is no longer a novelty. At INITION, we understand that content is key.

UNICEF and Rotary International, organisations dedicated to tackling the world’s most pressing humanitarian challenges, have been harnessing the power of virtual reality technology to build empathy and inspire action in their fight to eradicate polio.

INITION were commissioned by both charity organisations to come up with a solution to inspire action for their groundbreaking End Polio campaign, establishing them as pioneers in the digital landscape and showcasing their determination to find fundraising solutions through innovation.

UNICEF has worked with virtual reality since 2015, recognising that an immersive experience can be a powerful advocacy tool. We produced a five-minute 360 film, You are there: On the road to making polio history, introduced by actor and Goodwill Ambassador Ewan McGregor. The experience takes the viewer to a Kenyan village to meet a nine-year-old boy, Job, a child living with polio. We also meet Sabina, a dedicated vaccinator, who with the help of other healthcare workers will do whatever it takes to spare other children his fate.

INITION partnered with Rotary International to produce a 360 film ‘I Dream of an Empty Ward’ that tells the story of Alokita, a young adult who suffered paralysis from polio as a child growing up in India, which has been polio-free since 2011. Actress and Goodwill Ambassador Archie Panjabi introduces us to Alokita and Dr Mathew Varghese who works to provide corrective surgery to other survivors like her. In the 360 environment, viewers are invited to the streets of Delhi and the halls of St. Stephen’s Hospital, home to India’s only polio ward, and are virtually present when Alokita takes her first steps in 11 years.

To help third-sector marketers understand the many opportunities, we held a Future of Fundraising event in February 2017- an evening of VR demonstrations, insightful discussions and networking - at INITION’s Demo Studio.

Here are the main takeaways from the event.

How does VR work for fundraising?

We believe that technology has to have a higher purpose, that it must be courageous. We believe there is more to it than mere clicks and impressions; it should create value of the human kind.

Marisol Grandon, Founder and CEO, Unfold Stories: Immersive, first-person narratives are brilliant, but what is important for this community is to experiment. We need to see what is working in entertainment, film, gaming and education and apply that to fundraising, using it to raise awareness and provoke action.

We’re not quite there yet…

Vincent Vernet, Director Digital and Publishing, Rotary International: Crowdsourcing and crowdfunding have already resulted in some disruption and we are now at a transition point with VR. One area we’ve been exploring is how to build bridges between the experience and the transaction in a way that gives people the opportunity to engage in a dialogue. Maybe there is a point at which technology and experience merge so that the giving process is much more fluid. If so, it would give tools to gift officers – people who have traditionally built relationships over time when it comes to major giving efforts – including the stories behind the VR experience.

Jess Crombie, Director of Creative Content, Save the Children: We have made a couple of VR films now and use them mainly in face-to-face situations. That may be on the street, but also in meetings with politicians or high-value donors, philanthropists or potential new members of our board. One of the films is deliberately designed to be used sitting down with someone, so we can say: “Before we talk to you, we just want you to meet some of the kids we work with”. The film doesn’t end with an appeal for money because it is simply about creating a deeper engagement with that person.

Adrian Leu: Do you believe awareness is a problem at the moment? Do you think distribution is a problem?

Marisol Grandon: Yes, I do. It is utterly confusing even when you work in the sector. It is hard to keep up with new hardware and new content platforms. It’s hard to afford it, but I do think convergence is coming and it is important for the sector to be ready. We need to know what works in order to capitalise on the moment when every household has the ability to view content of this type.

But how do you use it?

Adrian Leu: We are on a slow curve towards the consolidation not only of hardware but also software and content. The same is true of applications that drive the technology forward and how it’s distributed to people. Where do you think we go from here?

Vincent Vernet: VR can be a very lonely experience, so I think it will evolve to become more social. We want the technology to be able to accommodate that.

Jess Crombie: Yes, I was going to say the same thing. We are always looking at what gamers are doing because they are early adopters. If you wonder what’s coming next, just spend some time with them. Shared experiences are massive and there are a couple of big platforms.

Vincent Vernet: One thing I would like to mention is testing. We are working on a project with Google and scoping a pilot in a way that is measurable not only from an execution standpoint, but also the effectiveness of the content. The question of novelty comes up a lot – whether it is the experience itself or the content. I think that if you can test with an audience that has had exposure to multiple pieces of VR content, you will get a much more accurate result.

Marisol Grandon: I think it is the ability to combine things that young people are naturally interested in – entertainment and causes. NGOs work brilliantly with celebrities, so how can you bring that into an immersive environment? How do you get those interested audiences to take action while in the environment? That is an important threshold to cross.

Adrian Leu: What’s your advice for those looking to get into this field?

Marisol Grandon: Don’t be afraid to experiment and get things wrong. We cannot afford to ignore this technology or see it as a trend that is going to end.

Vincent Vernet: Stay true to the narrative. The same elements that make traditional films popular – such as the cinematography – doing those things well will put you in a very good place to succeed.

Jess Crombie: Tell a good story. One of the great things about working in this sector is we have interesting stories, so don’t forget to tell them.

VR is a unique medium for the Third Sector to translate its rich story material into compelling content to raise both funds and awareness.

In working with UNICEF and Rotary International, our aim was to deliver VR films high in their production value and which made full use of our ability to capture content  in 360/3D with positional sound. These technologies allows the viewer to live out a situation alongside those involved and relate to them one-on-one.

Fully immersive in nature, VR leads to greater emotional engagement and heightened feelings of compassion. The creation of stories in virtual space reminds us that we can think, feel, and act beyond ourselves.

INITION is a multidisciplinary production company, experienced in the development and use of immersive technologies and a trusted advisor to organisations on how best to use VR and develop content.

Read more about VR and the third sector here. 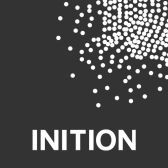 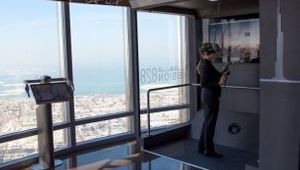 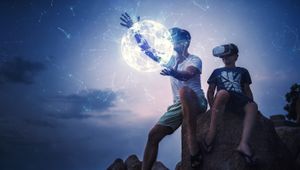 Jumping Into The Virtual World: The Business Case For VR 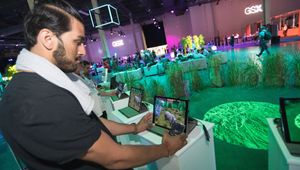 Is This the Only Way You Want Future Generations to See a Rhino? 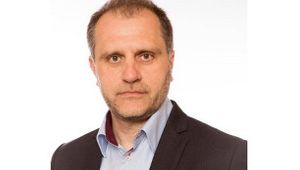 The Message, Not the Medium: Why We’re Technology Agnostic
View all News