How the Logan Pauls of YouTube, Russian Bots and Fake News are Making the Case for Trusted Media Brands 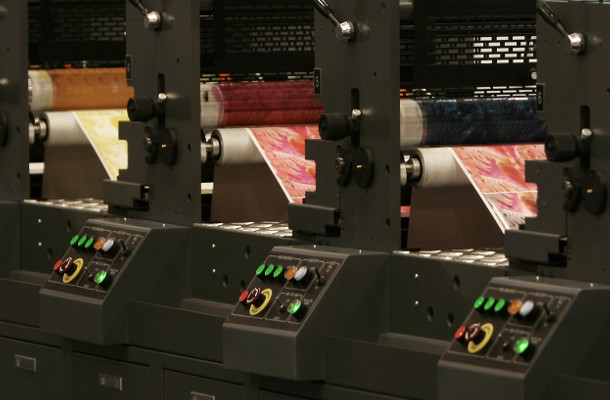 Trust. It’s been a big theme for 2017 and doesn’t look to be going anywhere in 2018. With the ubiquity of the term ‘fake news’ – Collins Dictionary’s word of the year – and the scandal of paid ads appearing next to extremist or offensive content on YouTube, the topic of safe environments for brands was a hot issue for advertisers, agencies and platforms. And then, the day before 2018, influential YouTuber Logan Paul goes and publishes a video of a dead body… and the whole issue erupts again. Add to that the almost daily revelations about the role that Russian bots have had in manipulating newsfeeds around the US election and the Brexit referendum and you can hardly blame marketers and consumers for being hungry for authority, authenticity and sound provenance.
It’s likely to be a hot topic at this year’s World Media Awards, which celebrates multi-territory branded content and is run by the World Media Group [disclaimer – LBB is official media partner of this year’s show].
For media brands, the potent mix of events – with that hardy perennial of programmatic ad fraud present too – has given them something of an edge. “The YouTube adpocalyse and rise of fake news has brought to attention two major issues that media owners have been discussing with brands and agencies for quite some time; namely the association with content of quality, and what is quality content,” reckons Newsweek’s Commercial Director for EMEA and APAC, Sam Kumar.
Trust per se – and the question of sensitive placement – is nothing new but technology has made things much harder to keep a tight rein on, says Stephen Murphy, Global Brand Director at National Geographic (also a member of the World Media Group). “Brands have always required a ‘safe’ (or at least relevant) space for their messaging, be it straightforward brand advertising, or branded content. Traditionally this meant that airlines advertising in newspapers would not run alongside editorial on a plane crash (or indeed at all on that same day). The issue gets more complicated when you’re running millions of ad impressions online. The wonder of programmatic is the numbers you can achieve for a relatively low spend. The downside will always be that there can never be 100% guarantee of safe brand alignment,” he says.
Sam at Newsweek agrees that the issue has forced the industry to look beyond the comforting embrace of numbers and algorithms to start evaluating platforms in an altogether more human way. “Brands and agencies alike are beginning to understand that success goes beyond quantitative metrics of shares and comments, to also incorporate qualitative ideals around the integrity and validity of content as well as the subsequent interplay all this has on the relative value the audience will associate with the brand.”
So has this had any knock on effect for the media owners, both as ad-serving platforms and as branded content studios? At Newsweek the answer seems to be a resounding yes. “We at Newsweek are seeing a ripple effect in the market – as brands and agencies begin to see the success that being associated with content of quality brings, the more conversations we are seeing occurring in the market,” says Sam. “Success after all does breed success.”
Meanwhile, Stephen at National Geographic doesn’t think the effect is going to be a long-term thing and YouTube is far – very far – from death’s door. “Anything scandalous will have a knock-on effect, albeit only in the short-term. Whilst brands pulled advertising from YouTube in the immediate aftermath, ultimately they will follow the eyeballs. YouTube is too big a platform for brands not to be part of in the medium to long-term. The challenge is to achieve the right marketing mix across influencers, YouTube and more ‘traditional’ publishers.”
As for ‘fake news’, well as Stephen points out “fake news is not new”’. However, the current narrative appears to have bolstered the public’s trust in ‘mainstream news sources’ whilst reducing trust in social media sources – at least that’s what a Kantar survey of 8,000 people found in October last year.
And that Kantar survey tallies up with what the Newsweek team have been seeing, says Sam. “The rise and prominence of fake news and unregulated content across these platforms has really forced the consumer to evaluate perceived integrity of content sources and platforms, and as a consequence this has forced consumers to search for balanced news and fact-based reporting; which in part explains the huge growth in traffic at Newsweek.”
While that sense of integrity and authenticity is a huge selling point for media brands in the age of mistrust, they’ve also got to be careful and sensitive about how the branded content sides of their businesses can leverage that without debasing it.
“There’s definitely a thin line to walk but ultimately if we remain focused on producing excellent content for our consumers, branded content should strengthen both the advertiser’s brand and that of the media owner,” says Stephen. “With more and more data available, as publishers, it is our duty to deliver a more personalised content experience, both from an editorial and advertising point of view.”
Media integrity’s certainly not a new debate, and the media owners are all too aware. For the foreseeable future, it seems the media landscape will continue to be all about trust.
view more - Trends and Insight