How the Humble Analogy Helps Us Plan Elegantly

The Influencers 692 Add to collection

INFLUENCER: Unpicking the analogy and its purpose with Ogilvy UK's Sara Barqawi 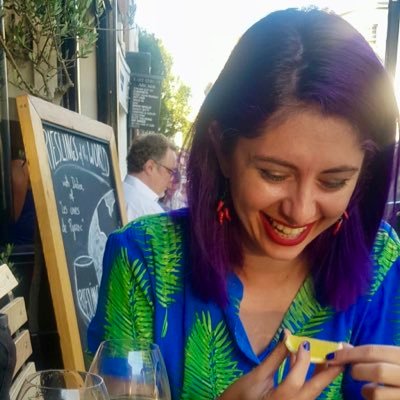 When I say ‘Elegance’ with a capital E, I don’t mean Ginger Rogers doing everything Fred Astaire did, but backwards and in heels. I mean it in the mathematical sense.

Mathematical elegance is a really complex proof articulated in an unusually succinct way. An elegant solution hides its own complexity, which is why it’s so successful. It’s often also a proof which is based on new and original insight.

Originality is the reason clients come to creative agencies.

It’s important to be an Elegant planner. I landed on this conclusion because it’s how I make myself best understood to others. It’s a tool which can draw empathy in a client workshop, creative review or even an appraisal, which simply pushes the work. If your one job as a planner is to communicate an important idea, insight or strategy, and you do it in a way which gets lost, you may as well have not bothered.

A way of making the complex more elegant is through using analogies. A good analogy helps deliver a strategic process because it frames things with a fresh perspective. It also tends to demystify the complex in a human way. In short, analogies help us communicate more complicated thoughts in more elegant ways. As a result, our output tends to be more creative.

There are four types of analogies which are relevant to the creative and strategic process.

1) The analogy that translates

My favourite example of this is George Orwell’s Animal Farm. The intricacies and multiple faces of communism in action are expressed through a story about talking pigs, horses, and cattle overthrowing their exploitative human owners, and watching it all go wrong. By representing communism in an apparently non-political context allows the reader to assess the socio-political nuance of the Marxist system with fresh eyes, and in so doing presents the political system in a format that is easily relatable.

Analogies serve to offer a comparison in a way which is true to life, but with added value. In the same way that one elegant mathematical proof can be used to solve a plethora of problems, so too can analogies. They translate multiple, complex issues or tasks to more digestible forms.

2)The analogy that aids memorability

People are 22 times more likely to remember a story than they are a fact. Analogies are Elegant stories. Not only will you be understood, but your point would be better retained by those you share it with. This is because of the addition of the human touch.

3)The analogy that captures the zeitgeist

Your choice of analogy can also reveal your own cultural background and political stance. The placard which read, ‘Brexit is a bit like that time Geri Halliwell tried to have a solo career and left the Spice Girls’, tells us two things. The person who brandished it doesn’t think Brexit is a great idea, and he also recognises this in Halliwell’s soloist career choices. Its relevance is particularly poignant in light of the Spice Girls reuniting, and the Cabinet falling to pieces. It adds greater meaning to the concept of ‘dire’. The connection of these dots in this way makes this elegant analogy impactful.

4) The analogy that inspires innovation

Steve Jobs used the analogy fabulously, in what behavioural scientists call Skeuomorphism. We’ve ended up with things like folders, clipboards, files, a notepad on our computers. Our phones even have wallets. He took physical traits of things we are familiar with in the outside world and put it into the virtual. It’s been done in order to explain its function, and to make people feel more comfortable with it, all at once.

It’s an Elegant creative solution. We underestimate its power due to its elegance and the sublimity of its interfacing due to how familiar we are with these objects in real life, yet we can go as far as saying it democratised technology. Through the analogy, computer functions were made a bit more approachable, reformulating technology in a way that has more inclusivity.

It’s time to ditch the quest for simplicity, because it’s a superficial ask. Really, we’re looking for elegance: complexity packaged in an accessible way. Elegance is the obvious answer, but in retrospect. Ultimately, we can only invent new things by re-configuring and re-imagining what we already know. Elegance is key to this process, and analogies are key to achieving elegance.

Sara Barqawi is a strategist at Ogilvy UK