How the Discount Supermarket Chains Won Us Over 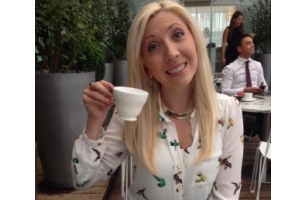 A recent survey by the Grocer reveals that out of 11 supermarkets across Britain, the German discounters Aldi and Lidl are winning both the quality and price war. But how is it that both German economy supermarket chains have so drastically altered the UK’s perspective of value and quality?

Both supermarket chains have swooped into the UK market and challenged the business models of their competitor supermarkets by not moving away from their own. By doing so, both brands have posed the questions that have long been considered: how are perceptions of quality and value formed? And how can they be changed?

What Lidl and Aldi have both proved, is that the British supermarkets have played a role in forming the UK’s perception of value versus quality, but there have been changes in recent times. To reflect this shift in consumer perception, Waitrose, Britain’s sixth largest supermarket, has fallen victim to the ‘discount chain takeover’; renowned for its superior quality that comes at a premium, it has recently been overtaken by Aldi to claim the spot of sixth place in the UK supermarket food chain.

Research by Havas media group reveals that Aldi is now viewed by British consumers as one of the country’s top five most ‘meaningful brands’, which really highlights a huge shift in perception.

By leveraging impactful marketing techniques, Aldi and Lidl have disrupted the oligopolistic market that has long been dominated by the ‘big four’ supermarkets, and completely altered the way UK consumers perceive value and quality; It has awakened British consumers to how they may have been mistaken in their opinions. But what exactly did the discounters do to cause such a rift in the supermarket space?

Lidl executed a very clever brand campaign in 2014, reportedly to the tune of £20 million, to totally re-define how perception of consumer value is formed. Rather than following the traditional marketing mix by portraying the quality of its products through its price tag, Lidl invested in a bold strategy.

So how exactly did Lidl entice UK consumers to try its cheap, non-branded, foreign products? How did it entice UK consumers away from the premium Waitrose and long-established Sainsbury’s? The supermarket chain implemented its #LidlSurprises campaign. UK consumers flocked to the stores because they had seen others ‘try’ the products on TV, online, in print, and via in-store materials.

It was the theme of the campaign which arguably caused the biggest shift in perception of the Lidl brand. Many British consumers have long considered its cheap products to be of a lower quality.

However, when people saw others, like them, try the supermarket’s products, they followed suit. What is most interesting, is the way in which Lidl managed to leverage this strategy to focus its targeting on the UK’s middle classes, because the result was incredible. The #LidlSurprises TV advertisement was set in a farmers market with stalls of delicious food in abundance. The ad, which was decorated with ‘oohs’ and ‘aahs’ from consumers enjoying the quality of the food, showed the utter surprise from the market attendees when it was revealed that the products they were trying originated from Lidl. Then, they were instantly won over! Who wasn’t?!

The idea is simple, but has been pivotal in terms of shifting peoples’ perceptions of the Lidl supermarket chain. It completely alters the way in which we consider something ‘valuable’. The UK population was being told, by others similar to them who had tried the product, that they were missing a real trick by not sampling it themselves. It was quality at a price that we all thought far too good to be true because, for centuries, that is the message British retailers have been giving us.

Try before you buy

The #LidlSurprises campaign highlights just how powerful product sampling is in shaping and shifting consumer opinion. The Lidl campaign really shows how consumers are far more accepting of the opinions of their peers, and how being exposed to someone sampling a product encourages another consumer to try it for themselves.

Brand messages can often be taken with a pinch of salt, but Lidl has shown the impact that observing other people trying and enjoying a product can have. This highlights how important it is for marketers to enable their target demographic to try a product before they buy it!

There is an expansive and ever-growing landscape of tools for marketers to call upon to build their dream campaigns. However, there is still very much to be said for the effectiveness of tried and tested methods, such as sampling, and these should not be forgotten. The #LidlSurprises brand campaign highlights that getting your product into a consumer’s hand, will not only drive their individual awareness of it, it will inspire their fellow consumer to give it a try as well.

Hannah Campbell is Operations Director at The Work Perk