How The BOX is Creating the World's First Virtual Poppy Field

The&Partnership and The Sun create remembrance day app 'My Poppy' 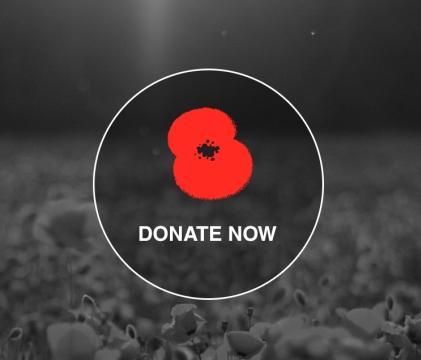 In the lead-up to Remembrance Day, a century after World War I began, The Sun has launched My Poppy, a smartphone and desktop app dedicated to keeping the spirit of Remembrance alive in today’s digital world.

Created by creative agency The BOX – part of News UK’s group of creative agencies Team News – the app generates a virtual poppy for users to save to their smartphone’s home screens and share with friends on Facebook and Twitter ahead of November 11th, in support of the Royal British Legion’s Poppy Appeal.

Users are invited to make a one-click donation to the Royal British Legion, the Armed Forces and Remembrance charity, with each donation automatically planting a new poppy in a virtual field, which users can see growing daily in size through the app. 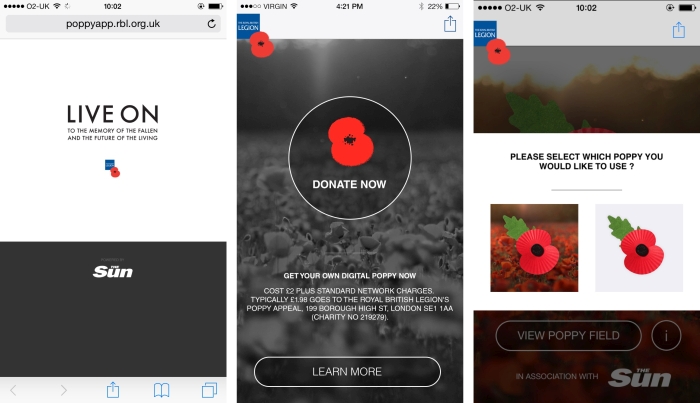 My Poppy also encourages users to take and share a ‘Poppy Selfie’, and to download the Royal British Legion’s appeal single by Joss Stone, ‘No Man’s Land (Green Fields of France)’.

The launch of My Poppy, dedicated ‘To the memory of the fallen and the future of the living’, coincides with a print advertising campaign from The Sun, also created by Team News, and an editorial feature in the newspaper, rallying the nation in Remembrance of those who have given their lives for Britain since WWI.

My Poppy is available on Android and iOS, across desktop and mobile platforms.

David Dinsmore, Editor of The Sun, said: “The Sun is proud to have teamed up with the Royal British Legion on the My Poppy App. We hope our readers will download the app and give a little to support our brave boys and girls to whom we owe so much.”

Robin Garton, Creative Director at Team News, said: “My Poppy is a great way of keeping the spirit and tradition of Remembrance alive in today’s digital world. We hope to see the virtual poppy field populated with hundreds of thousands of poppies by November 11th – bringing the online community together to remember the thousands who have fought and died to defend their country.”