How Sweden is Pitching Up for Women Directors

Trends and Insight 433 Add to collection 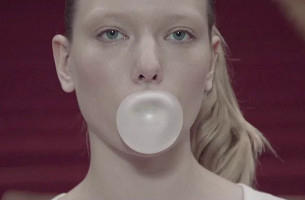 The gender imbalance between male and female directors is something that plagues not only advertising but the whole film industry. And despite being seen as a beacon of equality by the rest of the world, thanks to boardroom quotas for women and extensive paternity leave for men, the lack of opportunities for female directors is just as big a problem in Sweden as it is elsewhere.

That’s why last year the  Swedish Film & TV Producers organisation and the Swedish Association of Communication Agencies, KOMM, launched the One of Three initiative, to encourage agencies to make sure that one in every three directors invited to pitch is female. It’s not a hard-and-fast rule but rather a guideline to encourage creatives and agency producers to be more open minded about the directors they ask to pitch and to increase opportunities for aspiring women directors.

The project was covered extensively in the local press when it launched, but for many in the industry it has been slow to take root.

According to Camp David EP Kristina Wibom and Production Manager Nicola Jones, while the project has given decision makers a nudge and encouraged people to question the lack of female directors invited to pitch, it doesn’t seem to  be wholeheartedly embraced across the industry. “I’m not sure it’s working that well but I think it’s getting people to think about it though, so it’s a good start,” they say, suggesting that for now it hasn’t converted into more advertising jobs for female filmmakers. “From our end we are presenting a lot of female directors from the production company side but it’s up to the agencies.”

Director Asa Riton is one of three female directors on the roster at Camp David and she thinks that while the One of Three initiative is informal and voluntary and lacks teeth, it has already opened up more opportunities for women filmmakers on the production side of things.  “The good thing that came out of it was that the production companies in Sweden started to sign female directors, which was amazing,” she says. However she’s aware of the tricky position that women directors face when they’re the only female on a roster. “For the moment it’s like they all have one token female director. In Camp David we have three female directors, which is 30 per cent of their roster and that’s great because, for me, I wouldn’t want to feel like I was just there as a token. But you’ve got to start somewhere and even if you’re just signing female directors so you can get in on some pitches, well maybe they might break through.”

But while the industry has not changed substantially in the past six months, some insiders feel that it could have a slow but powerfully cumulative effect. As younger women just entering advertising see more opportunities for women and increased presence of female directors, it may just start to nudge them along the path to becoming a director. “It’s very new and a wonderful ambition,” muses Brokendoll’s Brett Richards. “I think it will be positive in the long term and I have a feeling that people are getting behind it.”

Abby Norm’s Oskar Hellqvist hopes that the ripple effect will extend far beyond the borders of Sweden. “I think this is a great initiative. It’s still a bit new but I think it’s definitely catching on. I really hope it becomes industry standard, not only in Sweden.”

Meanwhile Volontaire’s Philip Ahlqwist thinks that the initiative heralds something that the wider advertising industry should pay serious attention to. According to him the gender imbalance goes further than the lack of female directors and that the whole of the creative industries needs to be more progressive. “I’m not sure that is an industry standard yet, but it should be! It’s about time our industry move towards becoming 100 per cent equal, also in terms of pay. We’re on our way, but we still have a long way to go. The fact that our industry has historically been built up by white, middle class males, like myself, our efforts for diversity in who we hire to work in the communication sector needs to be approached in a much firmer, progressive way. If we truly are a creative industry, let’s show that in action.”

One for Three is still in its early days and, perhaps unsurprisingly, there has been no overnight change. However these things take time to take root and when imbalances are the result of unconscious bias and habit, rather than active malice and sexism, they can be trickier to challenge and slower to change. Nonetheless, the scheme is breaking new ground and the global advertising production community should keep an eye on Sweden and its female directors.