LBB’s Ben Conway speaks to Sam Archibald and Peter Woodward, owners of Halifax-based agency Shortstop about creating the agency of their dreams to put Nova Scotia on the map 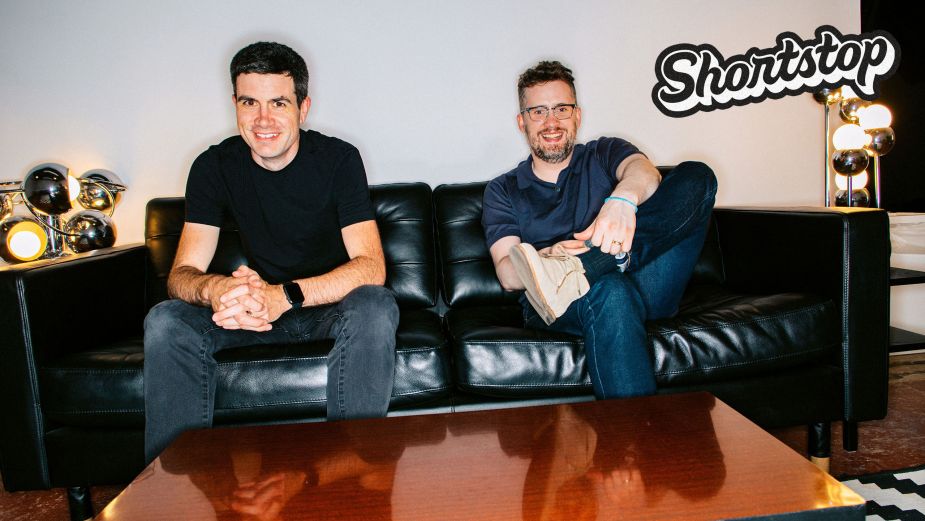 “You’re 13 on a dusty sandlot. You’re surrounded by your friends. The summer sun is beaming down, and the sky is free from clouds. You pull your cap down over your head as you step into the space between second and third. You trust the people to your right, left, in front, and behind you to work together. You know that no matter what, you’re going to have fun and give it your all. You blow a big bubble of pink elastic. As it grows in size the pitcher winds up and underhands the leather at the kid with the metal stick. Pop.”

Shortstop is a creative agency based in Halifax, Canada, with a focus on long-term results and engaging baseball-themed branding - although they don’t ‘play ball’.

Influenced by their nostalgia for the “everyperson spirit” of childhood ‘pick up’ baseball with friends and the memories of the Toronto Blue Jays ‘92-’93 back-to-back world series wins, Shortstop uses baseball imagery and messaging to communicate its focus on teamwork. “As the Shortstop traditionally plays the role of balancing between the infield and out, they have to be flexible and agile on the play,” says creative director and owner Sam Archibald. “This fit really well with the vision we had for an agency that challenged clients to entertain a crowd and bring home wins. We don’t want to be everything to everybody, we’re a go-to creative agency that plays well with others.”

Shortstop was founded in Spring 2021 by Sam and co-founder/managing director Peter Woodward, both of whom grew up primarily in Halifax, Nova Scotia and have worked in the industry for over 12 years each. Peter has a background in software/web development, e-commerce, customer relationship management and sales, complementing Sam’s background in traditional advertising roles such as art director, graphic designer and on the production side of things. 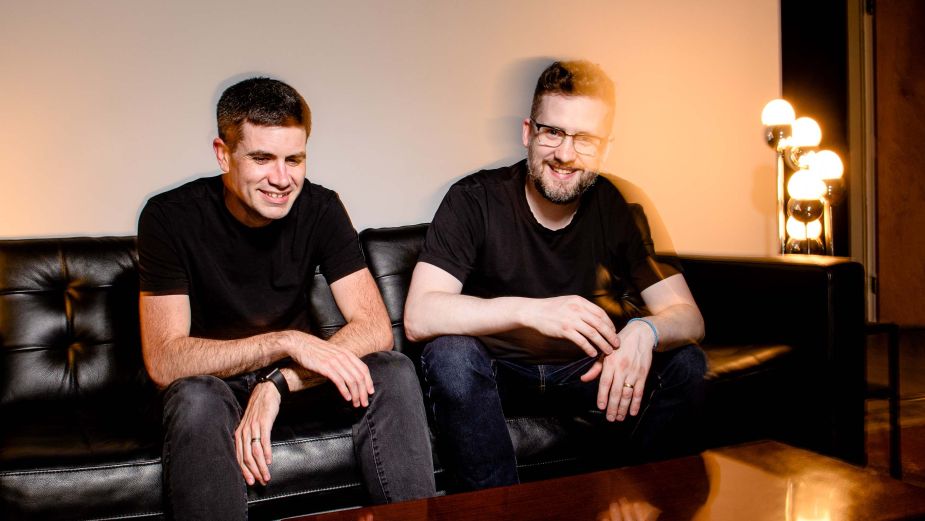 Tired of “wishing we worked at the agency of our dreams,” Sam and Peter attended a fundraiser for the Advertising and Design Club of Canada, where they bid on a ‘How to Start an Agency’ talk that was being auctioned. The pair jumped at this opportunity to buy time with some of the Canadian industry’s most respected owners: Zak Mroueh from Zulu Alpha Kilo, Giants & Gentlemen’s Alanna Nathanson, Broken Heart Love Affair’s Denise Rossetto, Rethink’s Ian Grais and Blok Design’s Vanessa Eckstein - soaking up as much information and advice as possible from their conversations. Peter says, “We learned a little something from each, but most of all it was like a ‘five-hour ENERGY’ to our confidence that we could do this now, and didn’t need to wait years.”

What makes Shortstop stand out from the pack is a “scrappy, hard-working” perspective from “regular people helping marketers communicate with regular people” and a dark horse attitude, says Sam. “This region of the world can feel like we’re slept on, flown over, and stereotyped compared to the rest of the Canadian advertising industry. I think that underdog spirit is the reason why we’ve had so many ‘small agencies of the year’ from this region.” Hoping to join those celebrated ranks - highlighting Target and Ray, Arrivals + Departures and Wunder as agencies with similar beginnings - Peter explains Shortstop’s expertise that may put them in that bracket, “Our speciality is creative problem solving, whether it’s brand building campaigns or building you the website that converts the mental availability you’ve built into sales.”

Sam and Peter say that Halifax is garnering a reputation for its coding talent - something they’d like to see reciprocated in the local creative community, which as of now is still small and not well-known globally. “Nova Scotia recently passed a million in population, which may be laughable to most but more and more people are recognising the balance of work, life and nature is some of the best. The negatives are twofold: 1) There’s this internal perception we can’t compete with agencies located in major city centres because we’re not on marketers' radars. 2) Halifax isn’t thought of as a mecca of ad shops for people looking to break into the industry. Our vision is to build Shortstop and our region's industry into a destination for clients and talented folks looking to do great things.”

Inspired by a changing work-life landscape due to the covid pandemic, Sam and Peter realised that barriers such as office space and the traditional company structure were being removed. It empowered them to create a company that is more trustful of its employees and appreciates their independence, rather than enforcing team bonding and efficiency through surveillance and geographical closeness. Outside of remote working, the Shortstop team has also noticed recent advancements in clients’ in-house capabilities that have caused Shortstop to continually re-evaluate the value they bring. “Whether it’s day-to-day solutions for clients, or being relied on as the source of ‘what’s new’, we think there is still a lot of need for external agencies like ours… For all the changes we’ve seen in streaming, out of home travel, consumption habits, there is still something to be said for good old great advertising that pulls at human emotion.”

Following the pandemic, Shortstop began to shift interest outside of Canada’s borders, participating in One Club events and reaching out to global creative leaders - becoming disciples of Les Binet, Peter Field, and the Ehrenberg-Bass Institute. The founding pair acknowledge that Canada has a history of exporting “great ideas, talent and leadership” and despite the 10-month-old company not being on global “big pitch radars” quite yet, they intend to represent and grow the “strong track record of the work ethic, resourcefulness, and talent that exists in Canada” on both a domestic and international scale. 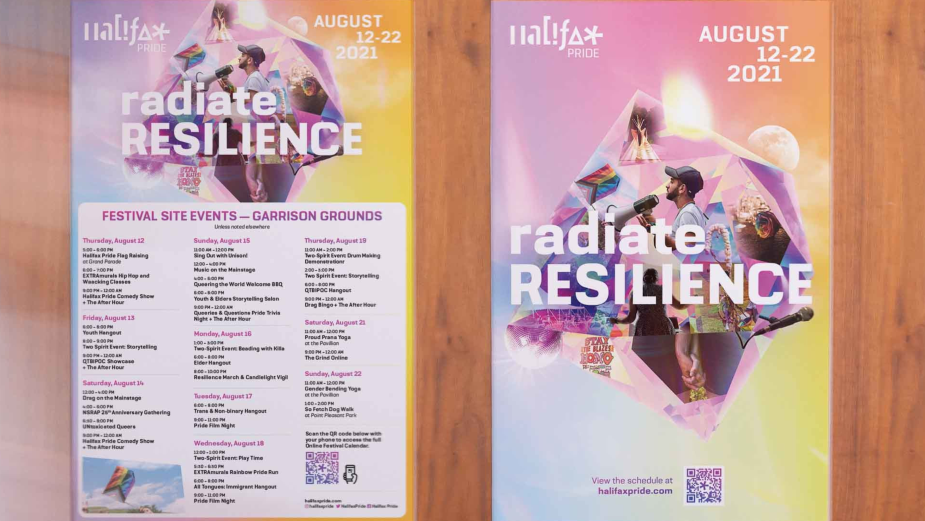 In 2021, Shortstop worked with Revolve Branding + Marketing to name Halifax’s Pride festival and create the promotional materials and guide. A member of the 2SLGBTQ+ community himself, Sam reflects proudly on this project, “The biggest opportunity with our Pride work is building a theme for the festival that truly reflects the community. Obviously, everyone has their own idea, but Halifax Pride is one festival where there really is a diversity of events, from parties to educational seminars, so you can experience something fresh than what you might expect from Pride. A creative challenge is always finding a way to reflect that diversity in the promotional materials we create. We’ve been lucky to have a fantastic relationship with the Halifax Pride team, and we hope this year's work builds on that legacy.”

Shortstop also recently worked on a campaign for City Wide Communications, a challenger internet provider in Halifax, which leaned into the fact that kids are often the IT experts at home. 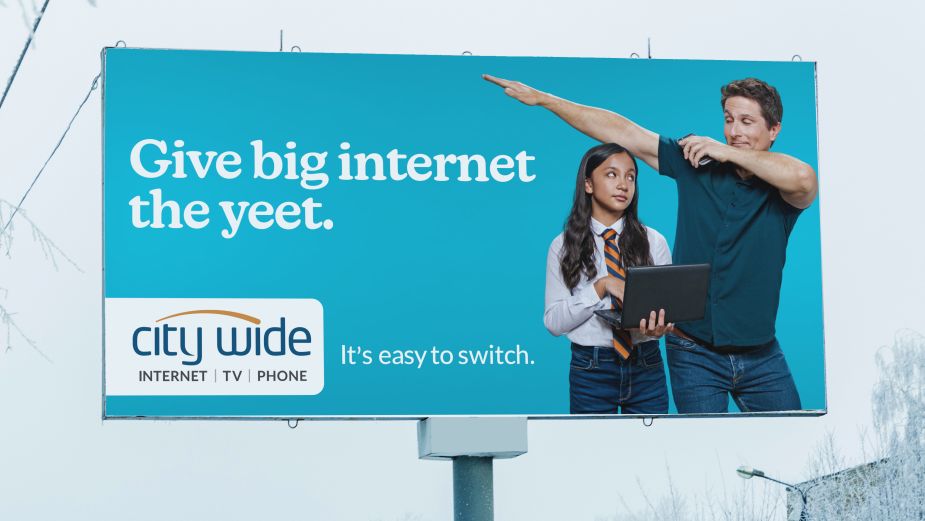 Rather than strictly working on the creative for advertising projects, the Shortstop team leverages its technology background to help clients optimise their digital presence, search traffic or even their Shopify site to enhance their branding and marketing. Peter says, “The siloing of knowledge is something we actively work against. We’re problem solvers by nature, so working with clients to give their customers a better purchase experience starts with better advertising, but it doesn’t end there.” The team has made it clear that they oppose the ‘siloing’ of information and skills that they have experienced in their previous occupations within the industry.

The future of Shortstop lies within its teamwork-rooted culture, summarised by Sam as a combination of “curiosity, drive, ambitions, humanity, humility.” Attracted by their plans and this philosophy, the team has recently expanded with the addition of Jess Shortt, Shortstop’s newly appointed digital director. “The future is bright for Shortstop and we’re just getting started,” says Sam, “We want to continue to grow, learn from others who’ve done this before and inspire others who want to do this for the first time. We’re working on it.” 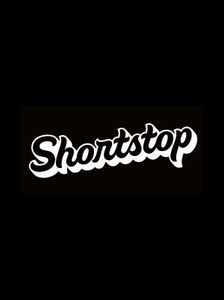