How Saatchi Thailand Made Art with a Washing Machine for Electrolux 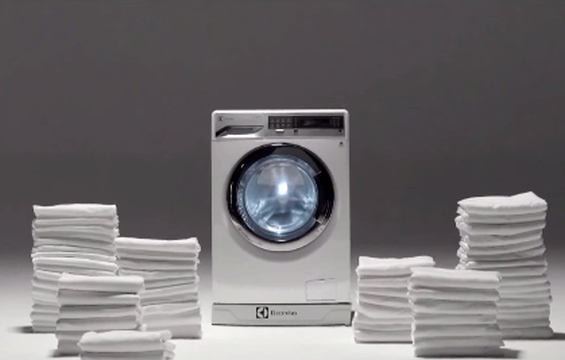 Electrolux has released the next expression from their artful appliances idea with a new online film from Saatchi & Saatchi Thailand that demonstrates the artistic capability of its washing machines.

Collaborating with upcoming Thai experimental artist Pitchanan Sornyen, and production company Wakeup Rabbit, ‘Washing: Re-Imagined’ uses the magic of art and the power of imagination to highlight appliance product features in a way not done before. Washing functions like Time Manager, Vapour Action and Refresh Cycle are used to create a piece of unique art that will be showcased by Electrolux at a later date.

"Most advertisements for washing machines treat appliances like commodities”, said Nuntawat Chaipornkaew, Executive Creative Director of Saatchi & Saatchi. “With Electrolux, we wanted to showcase the product with creativity and mystery to show that there is a lot more to the appliance than people expect."

‘Washing: Re-Imagined’ follows the success of Saatchi & Saatchi Thailand’s previous film for Electrolux that captured the first piece of art in the world created with a vacuum cleaner. ‘The Power to Capture Imagination’ film has received more than 1 million views on YouTube.