How Relate Encourages Us to Use Our Tongues, Especially Later Life

Behind the Work 110 Add to collection

Relationship support charity Relate partners with Ogilvy UK to bring us something totally new for Valentine's Day. Playing on stereotypes, we’re taken through a mature couple’s home, with nods to the pair having lived and enjoyed their life within their own space. As we’re brought to the bedroom, we’re provided with a real twist that conveys Relate’s ‘Long Live Passion’ tagline.
Advertising agency Ogilvy UK worked with Relate to create both the film and supporting imagery for the campaign. Consistent with the look and feel of each shot, the campaign and supporting text make sure to convey the message, ‘Gifts Don’t Make Relationships. Conversations Do.’ This campaign follows Relate’s award-winning 2021 spot, which was shot by Rankin and featured couples in their most intimate settings.
Mark Harrison, associate creative director at Ogilvy UK speaks to LBB’s Nisna Mahtani about the new campaign film that has been created to convey the joys of intimacy later in life.

LBB> What was the initial premise of the film and what was the client’s aim?

Mark> Relate’s goal is to get people talking about later life sex. The previous work had smashed taboos with beautiful, provocative portraits and we wanted to follow this up in a surprising way, without showing people.
The initial concept started out life as a still image for a poster. We then realised it could be part of a bigger story so we expanded the idea into a script where the image became the punchline to a documentary-style film.
Humour’s an important tool if you want to get past people's defences.

LBB> Where was the film shot and how did you find the location?

Mark> We felt it was important for the integrity of the film that the location should be as authentic as possible. We wanted to find a house owned by an older couple and change as little as possible. The aim was to avoid an ‘art directed’ representation of old age and show the real thing.
Academy worked their magic and found just such a home in Tulse Hill, South London, the owner has lived there for forty years. You can’t beat that authenticity and character.

LBB> The slow zoom shots and music that builds in the background. Can you talk us through the process behind creating the video?

Mark> Often you have one thing in mind when you come up with an idea and it changes as you go through the process. It’s important to stay open.
When we wrote the script, we had imagined it as one shot, with the camera gliding in one move through the house up to the bedroom. Our director Frederick [Freddie] Paxton felt that vignettes would work better, to give the viewer a feeling that they were observing this home and allowing them time to discover the handrails in each shot. He was right. Using cuts really helped us deliver that last beat of the film.

LBB> The final shot is the most striking, with the overarching text that supports the campaign. ‘Long Live Passion’ - how did you achieve the balance between subtle yet striking, while conveying this message?

Mark> When you reach the bedroom the penny drops. It’s not a film about ageing, it’s a story about passion. It’s not a lifeless home, it’s full of love and sex. The coloured type had been used in Ogilvy’s previous posters and it all worked to bring extra joy to that final reveal.

LBB> How did you ensure everything in the campaign worked cohesively together?

Mark> Our director Freddie is also a cracking photographer, so he shot the final scene as a still to use in the OOH. Then [deputy director of design] Luke Ridgway's type and colours tied the whole thing together.

Mark> Sales of handrails are up 8% in the home counties.

Mark> Just a big shout out to our producer Sally Miller and all the team at Academy for making this happen at short notice.
view more - Behind the Work 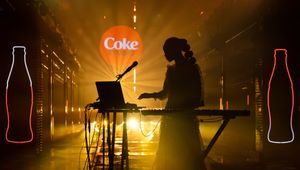 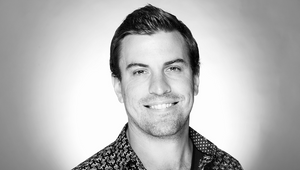 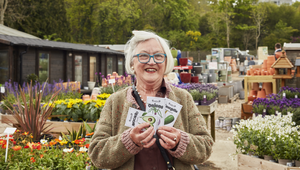 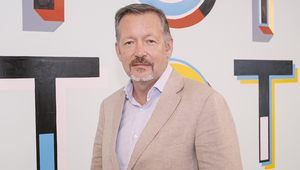