How Real Time Animation Is Changing the Playing Field

Trends and Insight 725 Add to collection

From puppeteering to pipelines and even virtual reality, animation is getting real-ly reactive 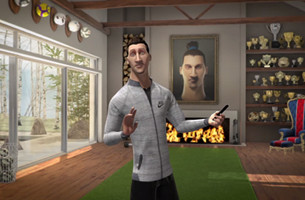 Shrinking budgets and diminishing deadlines are nothing new to the advertising industry but it’s a phenomenon that can be particularly challenging for those working in animation. Add to that the growth of always-on advertising, where brands are expected to be responsive and reactive particularly on social media channels, and it can seem that animation has no place in the new media mix. But thanks to the evolution of technology, responsive, reactive and even interactive animation is more accessible than ever.

“An on-going challenge for animated marketing campaigns is remaining culturally relevant and reactive to trends. Due to the complex nature of production, it’s time consuming to produce full-CG animation quickly through the traditional process.

“Over the past two years, Passion has invested heavily in creating bespoke software that allows a CG character to be animated and rendered in real-time, mitigating the time constraints. We’ve created live events and performances by CG characters for a number of our clients, effectively taking the brand ambassador out of home and communicating with a live audience both seamlessly and spontaneously.

“During the 2014 FIFA World Cup we worked with Nike to bring its star athletes to life on several platforms including TV and online, where the hugely popular #AskZlatan campaign became a global hit. The public asked Zlatan Ibrahimovic’s 3D caricature questions via the hashtag, which he then answered via full-CG videos made on the fly in the Nike ‘command centre’ using our real-time puppeteering technology and uploaded to YouTube.

“With the use of different inputs from simple video controllers and joysticks to fully-fledged animatronic devices, puppeteers are able to animate on the fly and control the movements of characters live. The performances can be anything from intimate interviews to live gig performances. This technology also provides a means to create fit-for-purpose, animated web content expediently – which could fundamentally change the way brands engage with their audience through social media and across multiple digital platforms.”

Real time animation and rendering is the engine driving forward the virtual reality revolution.  VR is the ultimate iteration of responsive animation as every nod, tilt or swivel of the head triggers a new angle and a new view. Games engines, like the ubiquitous Unity, power virtual reality projects. This is, perhaps, unsurprising in projects like the new River Island Design Forum X Jean-Pierre Braganza, which requires users to navigate a 3D environment using a kingfisher avatar. The project was created by fashion film production house White Lodge, Spanish directing collective Dvein and post house Happy Finish.

However, even experiences that are less interactive and more passive are still, at heart, real-time animation conundrums. Framestore’s famous Game of Thrones project, which allows fans to ascend Westeros’ imposing wall, is set on pre-determined tramlines and yet is underpinned by the Unity games engine. Since creating ‘Ascend the Wall’, which premiered at last year’s SXSW, the team at Framestore have become evermore ambitious. Their new ‘Trailscape’ project for outdoors brand Merrell wowed attendees at this year’s Sundance and a recent project for Fiat merged a live action performance from magician Dynamo with a fully CG environment.

In order to create a high quality, smoothly rendered finish in real time, enormous processing power is required, which leaves creators with a stark choice. They could opt to create an experience for a VR-devoted device such as Oculus Rift, which is currently one of the most powerful options but costs hundreds of dollars. Then there's the Samsung Gear VR, an Oculus VR and Samsung collaboration that's powered by the Samsung Galaxy Note 4. Google’s Cardboard initiative, meanwhile, allows users to play VR experiences on their smartphones. It means processing power – and therefore the slickness of the image – is much diminished, but on the plus side it means that brands and creators can potentially reach thousands more people (with the aforementioned River Island project, each customer who buys from the new collection will be sent a flat-pack, branded cardboard headset).

Aside from the headline-grabbing magic of puppeteered character animation, the real-time philosophy is also filtering into other avenues of animated advertising. Taylor James started out life in 1999 as a still image retouching company but these days it’s known for its platform-spanning CG imagery. When it comes to animation, the real-time mentality has been a godsend when it comes to creating assets that can transcend platforms. They’ve fed that mentality into their pipeline process to revolutionise the way they work.

“As with CGI and VFX, animation is evolving at a rapid pace. Recent technologies have sped up the iteration and visualization process, resulting in more creative control. Our mantra is that we choose the right tools for the job. Combining different software, plugins or scripts provides greater possibilities compared to a conventional pipeline.

“The campaign objective was to illustrate that Canon’s technologies add value in many fields outside of just photography. We had to deliver animations to work across TV, digital and print media. This required a multi-disciplined production approach combining live-action, photography, CGI, motion graphics and animation.

“With such varied requirements, the flexibility in our pipeline is key in order to successfully deliver these types of campaigns under tight deadlines. We have made a conscious push towards real-time tools that offer our artists immediate feedback and cut out time-consuming offline rendering.

“For Canon, we setup a pipeline between our print and motion graphics teams to re-use print assets wherever possible. For the CGI heavy scenarios we utilised Element 3D within After Effects, giving us the ability to immediately visualize the final look and feel within our composites. So not only can we tweak animations, lighting, materials and shaders on the fly, but also see the finished results without the need for offline rendering. This enables our artists to spend more time on secondary and tertiary animation to really perfect the details and hone the creative idea.

“Overall, this approach is something we are constantly evolving to give our clients the consistently high quality results their campaigns deserve.”