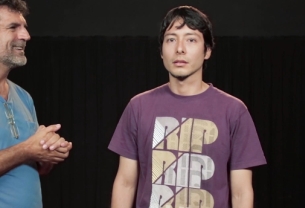 To promote KETÓ, a school of improvisation, Quorum Saatchi & Saatchi Peru created a final exam whereby graduating students had to create a pre-roll video on YouTube.

It was the ultimate test of their newly learned improvisation skills, as they had to get the attention of the most difficult audience – YouTube viewers.

The students were judged on their ability to capture the audience and whether their clip was watched or ‘skipped’.  If their video was entertaining and the audience did not press ‘skip ad’, they passed the exam.

As an extra value, for members of the audience that watched​ the video in entirety, they were offered a 10% discount to enrol in an improvisation course at the school.

The students were turned into ads, with the audience as the unbeknown examiners.  As a second tier element the audience were then invited to convert through the discounted promotion.