Behind the Work 225 Add to collection

LBB spoke with OKAY STUDIO’s editor and colourist about the difficult subject matter of Women’s Aid new film, Sinking, and how post-production subtly worked to convey the emotional journey 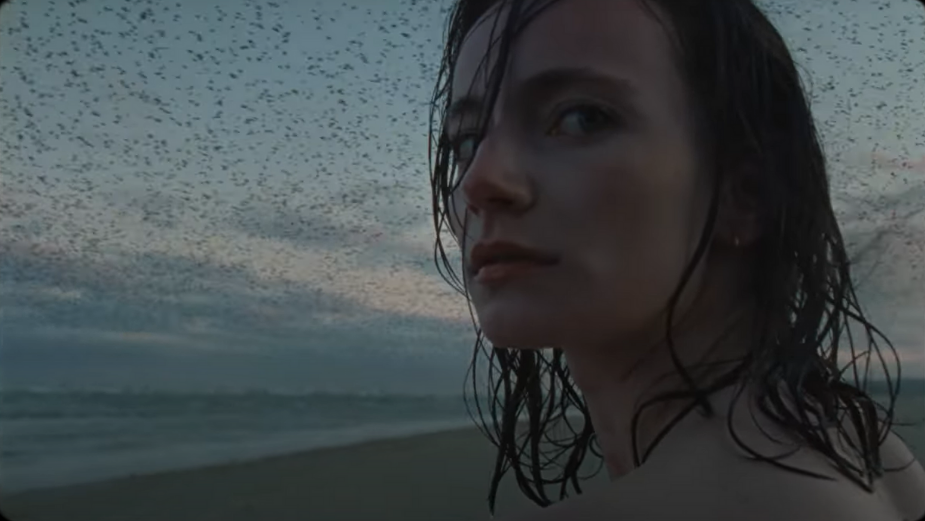 The film is a tense and emotional exploration of a seemingly idyllic life, with a dream-like appearance that lulls the viewer into a sense of security. The true horror of the protagonist’s - Rose - circumstances are slowly revealed with tender close-up shots detailing the emotional turmoil she’s going through. Portrayed by Emma Nihil, Rose is seen suffering, trying to carry on as normal, and ultimately breaking down as the reality of the abusive marriage she’s in slowly dawns.

Jo’s edit took an experimental approach under Shaun’s direction. Both collaborated together to create a sense of entrapment and a constant presence of Rose’s husband, even when he wasn’t in shot, to further build tension and a sense of unease. Ruth’s colour grading worked in harmony with the captured footage, helping to ground the film between a dream-like space and reality. Finally, subtle VFX further balances the two moods, without taking away from the real, raw emotion of the film.

LBB’s Zhenya Tsenzharyk spoke to Jo Lewandowska, editor, and Ruth Wardell, colourist, about the rewarding process of working on the film and how post-production played a vital role in conveying its poignant message.

LBB> Jo, what was the edit brief like for this project?

Jo> Initially I received the script that Shaun wrote with his writing partner, Luke Shenton Sharp. The story and the characters were already really well fleshed out but Shaun wanted to try a slightly different approach and treat the script more like a guide. We talked a lot about the importance of the message and the feeling we were trying to convey and how we could achieve it without being constrained by the script.

LBB> How did you go about achieving it?

Jo> We started off by creating a linear edit and quickly made the decision to shake things up and go with a more experimental approach. Shaun wanted to convey the feeling of physical and emotional entrapment. Our main character is living a seemingly idyllic life but inside she’s stuck, unable to break the cycle of abuse. As we kept asking ourselves what motivates her, we decided to add marital vows in VO at the beginning and at the end of the film.

This created a really interesting framework that we could then base the edit around. It’s the constant reminder of the promise she’s made that drives each scene. In the majority of the film the protagonist is alone but her husband is always present in the background: his voice, his touch, his anger or absence. There’s a mixture of hope and despair in the final scenes. We wanted to leave the viewer feeling that there’s a way out but it isn’t as simple as it may seem.

LBB> How much raw material did you have to work with?

Jo> We were working with 16mm footage so there was a limited amount of material - approximately 2 x 45mins reels. Each take, however, was well planned out ahead of time so there was an abundance of stunning visuals and outstanding performances from the actors.

LBB> Ruth, what was the grading brief like on this project?

Ruth> Shaun came in with a very clear brief - he wanted the colours to be natural and beautiful, and not overly saturated in any way.

LBB> The colour palette is muted and serene. How did you go about developing it?

Ruth> Our starting point was to stay very true to what was shot on camera. Once we had achieved this we started to experiment with each scene, pushing colours in different directions and altering hues to find the precise palettes that worked for each scene, whilst also ensuring we weren’t pushing the colour too far. 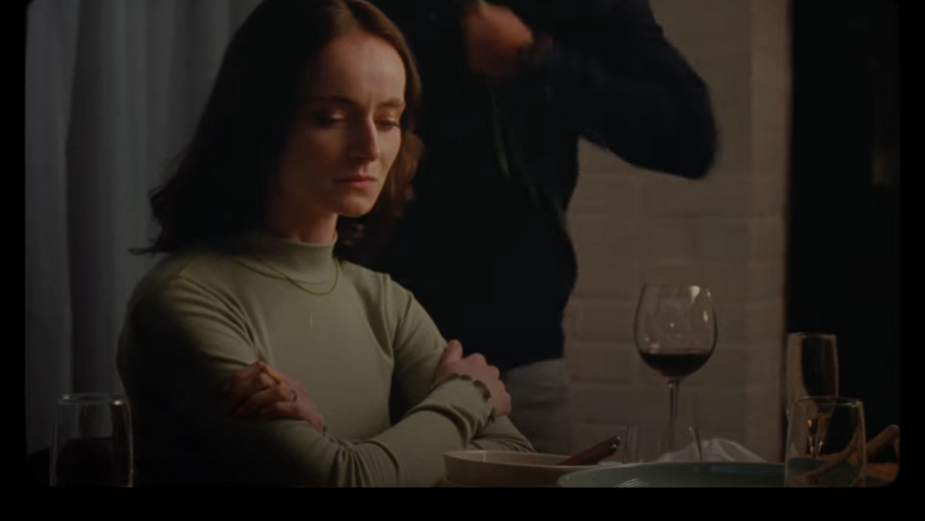 LBB> What did you want the palette to convey?

Ruth> I wanted the palette to support the story and to not overpower the images that were being portrayed. This story doesn’t call for saturated images, or any type of heavy look.

LBB> What techniques did you use to achieve the final look?

Ruth> We kept grading techniques simple. We mainly used primaries to form the bulk of the look, and then added in some secondaries to finesse the final image and finish each scene how we felt was right for the piece.

LBB> What were the creative benefits of working together with colour, editing, and visual effects under one roof? How did it benefit the project?

Jo> All of the departments were in communication from the start so it was a truly collaborative experience. Working with film is slightly different to working with digital footage and it helped us understand what was possible in terms of visual effects and how it would affect the edit. An added benefit of handling the whole project under one roof is that things can happen almost instantly. The material lives on a shared server so the colourist and the VFX artist could access it quickly and advise on the best approach. For example, if the shot we wanted to use was too dark but it had the exact performance or emotion we were looking for, we could quickly bounce it off to Ruth and confirm whether it could be brightened.

Ruth> I think the first benefit was that I was able to view the project very early on, and was able to see the edit from the first few cuts. I was also able to test colour out quite early on in the process whilst the edit was still happening. This opened up a conversation and built trust with the director and DOP from the start. Through these first few tests my understanding of the project became extensive, which meant I was more than ready when we entered the grade.

LBB> And were there any logistical benefits to handling all the post in one place?

Ruth> It allows edit, grade and VFX to have a very close communication. If an issue arises that may affect another part of the process, or if a director decides to alter what they need and require from the different departments, everyone is on hand to answer questions and provide solutions.

LBB> What was the best part of working on such an important project?

Jo> Shaun and I really loved the experimental part of the edit. We knew that we had all of the elements to make a great film but it took us a while to find the right way to make the edit emotionally poignant. Once we were happy with the pacing and the rhythm of the story we showed it to Luke (co-writer of the script) and we all started to tear up. That was definitely a highlight for me.

Ruth> I think seeing everything come together as a whole and seeing the journey the project went on. It’s been hugely rewarding working on a film that can bring awareness to such a serious subject matter, and one that is rarely spoken about in open conversation. 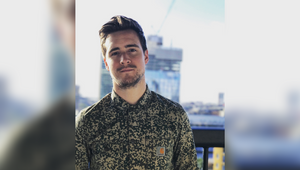 Will Brookwell: “Boundary-Pushing Work Is Crafted up to the Eyeballs” 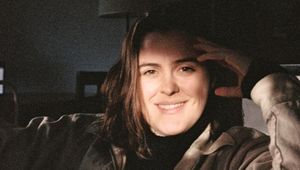 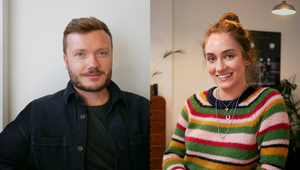 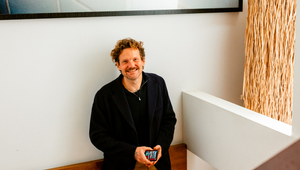 Gijs Determeijer: “There Shouldn’t Be a Strict Distinction Between Creation and Production"
View all News 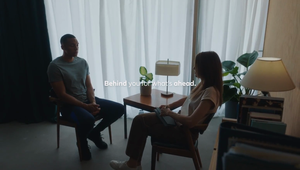 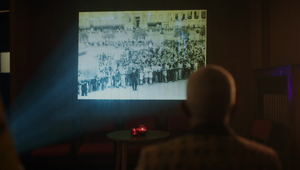 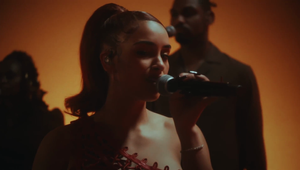 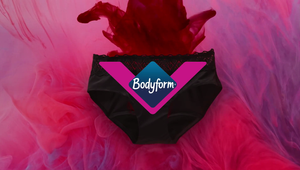