How NiceBot is Taking on Twitter's Cyber Bullies 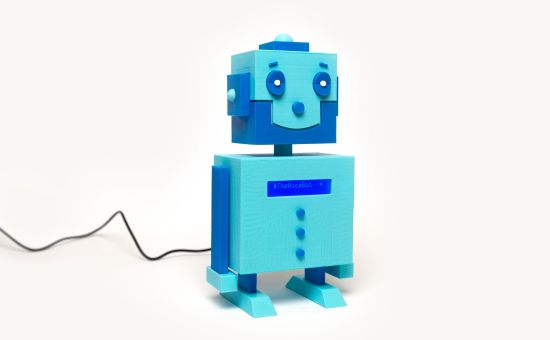 Deutsch and their latest recruit, a little blue robot, are combating cyberbullying in their new work for pro bono client, Champions Against Bullying (CAB).

Bullying online behaviour is more prevalent today than it’s ever been before - on Twitter alone something mean, cruel or hurtful is posted every 60 seconds. To combat this negativity, Champions Against Bullying and Deutsch have teamed up to give Twitter a dose of positivity - every 36 seconds. Meet The NiceBot.

It may be a smart piece of tech, but the NiceBot’s goal is simple - to spread kindness and happiness. Having said that, the goal is pretty ambitious – NiceBot and Deutsch hope to tweet one nice message to every single user of Twitter… all 200 million of them.

“Sure, it will take a while. But The NiceBot is the Mars Rover of kindness: we’re going to turn him on, and then sit back and watch as he makes the Internet a nicer place, one tweet at a time.” 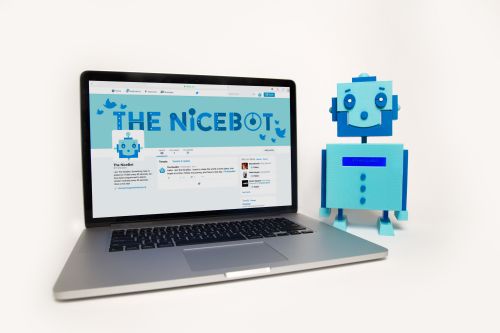 Using a specially designed API, the NiceBot has been programmed to pair one random nice message with one random Twitter user’s handle. It sends a single message out as an @ reply, and then moves on to the next user on its list. 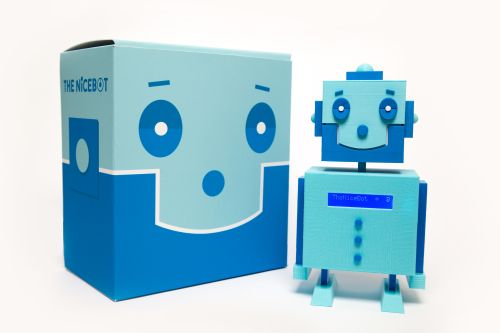 In addition to the Twitter component, actual 3D printed NiceBots have been sent to a number of celebrity influencers who have taken public stands against cyberbullying. Each NiceBot is powered by a Raspberry Pi and equipped with a 4G connection and an LCD screen in the chest, and will live-tweet the nice messages as they go out in real time on Twitter. 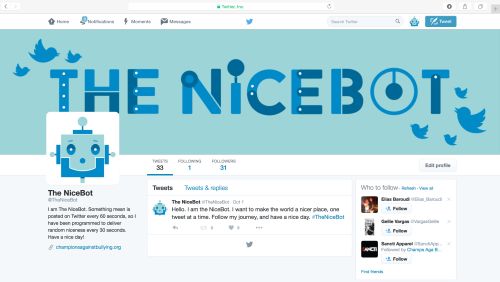 “Last year, we created a PSA that called attention to teenagers who had committed suicide from being bullied. This year we’re accelerating from awareness into action,” says Alexandra Penn, founder of Champions Against Bullying.

And while mass messaging is usually thought of negatively as spam, the NiceBot can be a powerful tool to spread positive and empowering messages in a unique way,” adds Leigh Rachel Faith Fujimoto, the USA director.