How Much Do You Love Your Phone? Ashton Kutcher and Droga5 Find Out...

Phone lovers put to the test in series of dastardly experiments 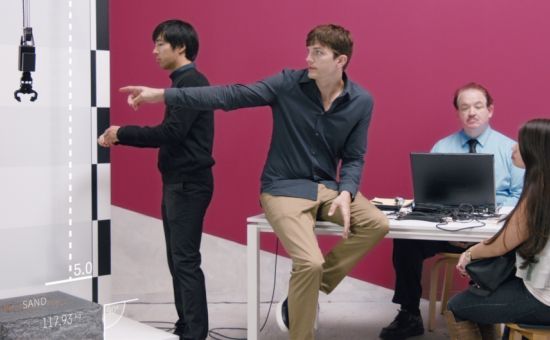 It's fair to say that millenials have an... emotional relationship with their smartphones. But how unhealthy is that attachment? Or, in the words of the Bee Gees, 'How Deep is your Love?' A new Motorola campaign from Droga5 aims to find out, with a little help from Ashton Kutcher and a lie detector.

The campaign titled "#PhoneLove" puts to rest a tired claim that we are addicted to our phones.
"It's actually not an addiction. We are in love. Yes, real love," explains a spokesperson for the agency. "People aren't fully aware of this relationship, so Droga5 want to prove the affinity through experiments, all conducted with real people by Ashton Kutcher. As you'll witness, Moto demonstrates their phones give back to you just as much as you give to your phone."
The campaign was soft-launched this week, giving the agency a chance to stack up a pretty robust playlist of experiments. Between now and November 30th the brand will adding several more videos to the YouTube channel.
Check out the full playlist here.
view more - Creative