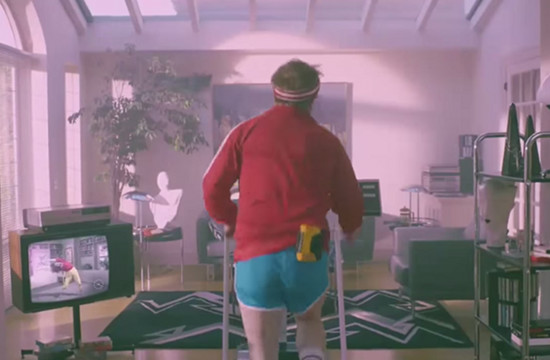 Conceived by creatives Steve Wioland and Matt Woolner, the spot is a stunning look back on British history, marking 150 years of retailer John Lewis on the high street. MPC collaborated closely with Director Dougal Wilson to ensure complete authenticity within each era. MPC Creative Director of Colour Grading Jean-Clément Soret’s artistic hand also helped to craft each era from the 1930’s through to today.

Dougal explains the process “The idea from adam&eveDDB was all about following the movement of a figure as it travels from era to era.  After attempting to shoot a rough version of how this might fit together (using my 5D and iPhone) I immediately realised, with some alarm, that MPC's services would be somewhat vital in making it work. Although this ad celebrates 150 years of John Lewis, MPC had just six days to do all the VFX.  However, Bill McNamara and his dedicated expert team worked incredibly hard to achieve what I was concerned might be impossible, especially given all the mistakes I'd made during the shoot. MPC worked tirelessly all hours of the day and night to align match-cuts, paint out cranes, roto-scope animals, remove reflections of the crew, add reflections of trees, magically stitch together different takes of children, replace skies, matte-paint winter landscapes, create WWII air-raids, and countless other 2D and 3D tasks that blend in so well I haven't actually noticed a few of them.

Bill also attended the long tech recce and the whole of the shoot, so that his team was impeccably prepared to start work as soon as the offline edit was done - which turned out to be the last day of the shoot, as we were editing as we filmed. Jean-Clément Soret beautifully graded our mix of Alexa and 16mm footage to evoke the different decades in our story, blending the footage and matte paintings together. In summary, this was a Herculean task which Bill and his whole MPC team tackled with incredible skill and efficiency in such a tight schedule.”

2D Creative Director Bill McNamara said “This project was nothing short of ambitious- 150 years, 24 locations, and over 170 composited plates all completed over a six-day schedule. Dougal’s inspired directing and a close collaboration between everyone involved has led to another iconic John Lewis commercial.”

The spot was shot on a variety of formats including Alexa, Canon 7D and 16mm film, but in order to create a unique look for each decade, MPC’s Creative Director of Colour Grading Jean-Clément Soret helped to set the look for each vignette. “The idea was to create a patchwork of looks to represent the different eras. We used a number of visual references to recreate looks but also made decisions based on what was working best with the edit and didn't hesitate to follow our instincts.” Jean-Clément continues “In a grading suite there are often different views for what, say, Technicolor or 60’s should look like- it all depends on individual backgrounds and cultural references. The non-chronological order of the film gave us a lot more freedom to experiment rather than having to follow a set formula. We used a number of tools to enhance the look such as film grain, diffusion, sharpening and defocus- selectively or on the whole image.”