How Mozilla Wants ‘U’ to Help ‘Unfck’ the Internet

The CMO of the corporation behind Firefox, Lindsey Shepard explains to LBB's Alex Reeves how the system needs to change for the good of online life 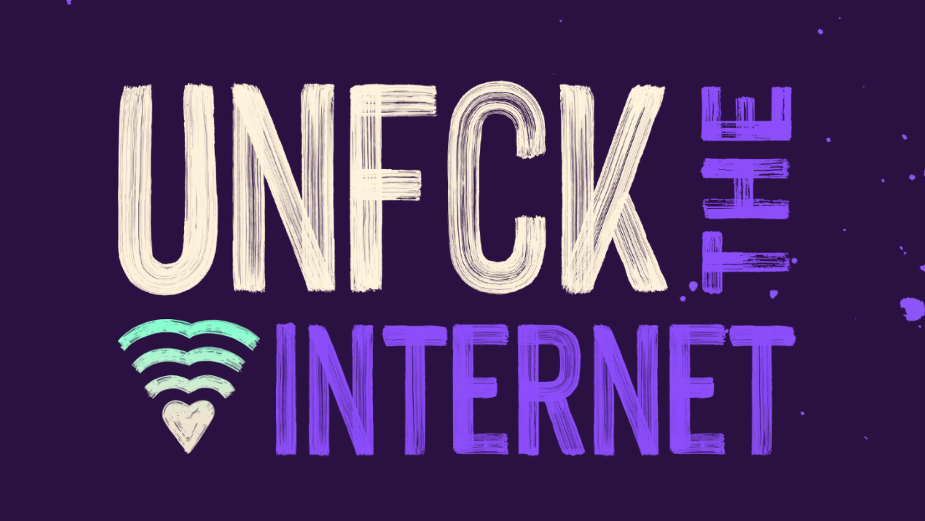 “We love the internet,” says Mozilla chief marketing officer Lindsey Shepard. “There is so much magic and entertainment. It is one of the most powerful tools that enables people across the globe to learn, connect with one another, collaborate and build a better world. But it is also broken, sick, looking for a remedy, allowing divisiveness, inciting violence, promoting hatred and intentionally manipulating fact and reality.” That’s why the brand’s latest campaign wants to “unfck the internet”. They didn’t forget a letter there. The ‘u’ is you, because it’s a call to arms, not a defeatist moan.
Practically anyone living in 2020 can relate to these words. But you might not expect them to come from a company who makes a web browser like Firefox. Aren’t they just another data-guzzling tech corp? Mozilla, it seems, is actually one of the good guys. “A lot of people are surprised to learn that Firefox is backed by a non-profit,” says Lindsey. It has a unique structure. The Mozilla Corporation was established in August 2005 as a wholly owned taxable subsidiary that “serves the non-profit, public benefit goals of its parent, the Mozilla Foundation, and the vast Mozilla community” she says.
The Mozilla Corporation is guided by the principles of the Mozilla Manifesto. Since originally sharing this document in 2007 and updating it in 2018 to reflect the changing realities of online life, the company has been focused on, as Lindsey puts it, “alerting the internet community to the dangerous path we were on if things didn’t change.
“We’ve taken a variety of civil approaches to raise awareness and gain traction but nothing has substantially moved the needle. We are at a crossroads for the future of the internet and we have made the call to sound the alarm with this campaign.”

As an organization backed by a non-profit, Lindsey insists that Mozilla is able to “focus on people over profits”. And it’s people who think like that who Mozilla are reaching out to. “They want to support companies and causes that feel as though they are ‘on their side,’ channelling their hopes and frustrations in the right way,” she says.
But there’s a lot to tackle. And it’s complicated. “These problems didn’t happen overnight and there is no silver bullet to fix this problem,” says Lindsey. She points to research the corporation has done that found a large group of people - 98 million in the US, around 18 million in Germany and approximately 13 million in France - that want better from the world via the tools they use. “They are rightfully cynical about the way the system currently works. They interact with things in a new and different way. They are looking for something actionable and the ability to have a conversation - neither of which they feel are currently possible. We relate to this feeling, and we want to help.”
“Big tech has gotten too big,” read a statement from Mozilla this week. “We need you. We need people who understand what it is to be part of something larger than themselves. People who love the internet and appreciate its magic. People who are looking for a company they can support because we are all on the same side.”
‘Unfck the Internet’ is built around a toolbox to help empower change. While the topics of privacy and the “fcked up” nature of the internet can be incredibly heavy, particularly given the times we are in, Lindsey notes that the tone was important to get right. “We have tried to have some fun with this campaign. As a result, it’s designed to speak to - not at - people in the way they communicate every day. We seek to engage them and become their partners in making the internet and their lives better. We’re empowering people with a few clear, concrete actions they can take to start unfcking the system at large.”
You can start with the five actions that are currently on Mozilla’s campaign landing page. The purpose of this page is to be dynamic and ever changing - just like the internet. “People will need different tools and different information over time to reclaim what is good about life online,” says Lindsey. But for now, you can find tools and resources there to hold political ads accountable for misinformation, educate yourselves on the issues of the attention economy, prevent Facebook from following you around the rest of the web, flag bad YouTube recommendations and find independent tech companies and products to support so you can vote with your bandwidth.
As Mozilla’s call to action reads, “It’s time to unfck the internet. For our kids, for society, for the climate. For the cats.” To arms!