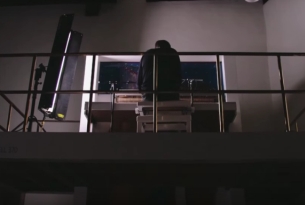 Coming into force from 1st September, the sonic logo is comprised of three magic chords played upon the world’s largest piano. The new sonic logo is to be used across all of the brand’s touch points, utilising traditional channels such as TV and radio, as well as being used for telephone banking and online content. The new identity will first feature in their new commercial from Publicis UK called ‘Life Questions’.

Following a competitive pitch, MassiveMusic won the project by delivering something different, and diverting from the original brief to produce an original end result. Their Creative Director, Tommy Zee comments: “The client brief said “avoid piano only”. And we presented…piano only. But we didn’t use just any piano. We used the best sounding piano in the world, which also happens to be the biggest piano in the world. It’s the only piano that measures 12 feet in height and you have to climb a set of stairs just to play it. The special ingredient in this story was David Klavins - a master piano builder on a quest to create the best sounding piano in the world. The story of David Klavins is actually the story of UBS - they are both striving to be different from the industry - not for the sake of being different - but for the sake of simply being better. We didn’t want to create another mnemonic device made for a marketing department, we were after an honest musical moment by humans for humans. So instead of yet another frivolous single note melody that characterises most generic sonic logos today, we went with a simple but powerful progression of three chords - that tells the story of UBS and dances elegantly with their visual style.”

Sound is a powerful brand builder and an effective way to communicate across cultures. Just like a visual identity - which will include a brand’s logo, colours, font types and photo-graphic identity - a sonic branding is a powerful tool in telling a company’s story.

Michiel Cremers, Director of Music & Brands at MassiveMusic comments: “Huge global brands have so many touch points and produce so much content – they’re increasingly producing online films, for example – that they now use more sound and music, and so it’s vital for there to be guidelines based on a sonic identity.”

“Although we have a nine step process that we use as a navigator for every sonic branding project, we try to approach each brand with a new and fresh look. We spend quite some time conducting extensive research and interviews, immersing ourselves in a brand’s culture. Not only do we study their music, we get to grips with the history and the heritage of the brand. We’re constantly on the lookout for original insights that we can turn into creative concepts.”

From over a decade of experience in creating sonic identities, MassiveMusic believes that it isn’t the creative that’s the biggest challenge, but the implementation.

Successfully rolling a sonic identity out across an organisation is the biggest challenge, believes Michiel. “Making sure that every stakeholder, from employees to agencies, uses the sonic identity in the rights way, has easy access to it and is enthusiastic about it can prove difficult. Enthusiasm is very important.”

MassiveMusic will always encourage their client to embrace the sonic identity, giving it the focus it deserves by launching it at a special event. “People tend to love these events,” adds Michiel, “It generates enthusiasm and they’re far more willing to start working with the new sound and music immediately.”