With 31,2 million followers on social media, Lu is the biggest virtual Influencer on internet, overcoming names like: Barbie, Nobody Sausage, Miquela, Minnie Mouse and FN Meka 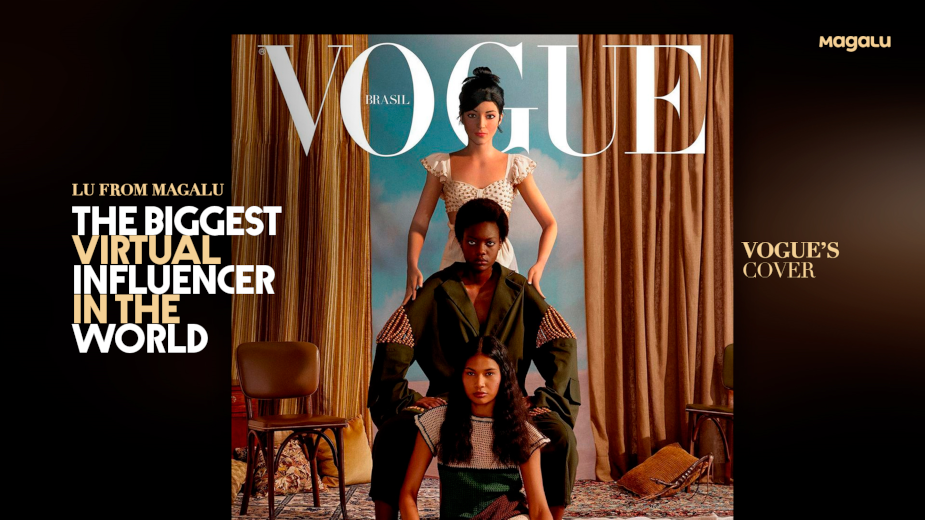 Although they look like a real person, the virtual influencers are 100% digital but they do real stuff. For example, they can talk, they can dance, and they can have real people's behaviour. Besides that, they have a strong opinion, and this makes them famous on social media and maybe that's why they have so many followers and are so popular.

Among the list of all avatars, one in particular is making noise, and this character is Lu from Magalu. But she doesn't call attention just because she has a lot of followers, she has other things that make her popular. She has real characteristics, of which people feel connected to, she has style, she has a powerful opinion, and she has empathy for important causes. And right now, she is the most followed virtual influencer of 2022.

Lu was created in 2003, as the in-store voice of Magazine Luiza's e-commerce website. The intention was to offer a virtual private assistance to the client in the buying process. But the receptivity was so great that soon Lu became the most important figure of the company and then turned into the brand’s face on social media.

Recently the site ‘Virtual Humans.org’, nominated Lu for the second year as the biggest virtual personality of the year with more followers on social media. And this makes her more popular than Barbie, Minnie Mouse, and Nobody Sausage. But what is the reason for all the success? There are many options for virtual personalities on social networks available for people to follow and idolise, so why do people choose her?

The answer is: Her storytelling and her faithfulness is real, and as a virtual influencer she offers amazing things to the people.

Lu already has participated in real actions, which makes her closer to us naturally. For example: Lu did a video clip with the most popular singing artist in Brazil, Anitta. The clip 'Rio, O Magalu Chegou Geral' broke a barrier between the real and the virtual world. And all the clothes used by Lu on this video were available for sale on Magalu's Super App. And after that, she also made another video clip, but this time she was with Alok, one of the most popular DJ'S in the world. The video was produced in the metaverse universe.

Lu was also on the Reality Show ‘Dança dos Famosos’/Dancing with the stars’, and she also starred in Magalu’s black Friday show, ‘Black das Blacks’, on Globo broadcast, the second largest TV channel in Latin America.

She was also the first personality of Brazil and non-athlete to become the brand's cartoon to Red Bull. She was the first virtual influencer to fight against women violence. She created content and partners with some of the biggest brands in the world, like: Adidas, McDonald's, Red Bull, MAC, Australian Gold, Maybelline, Samsung, Bic, and many others. Lu from Magalu does advertising, she posts memes on Instagram, produces content on TikTok, Facebook, Youtube and Twitter.

She also became the first virtual personality on the cover of Vogue Brasil magazine, one of the largest and most respected fashion magazines in the world. And to finish, she was the first virtual influencer to comment on a football game in Brazil, live on TikTok.

The future it’s 100% experience in the digital world, and maybe Lu is likely to become one of the most valuable goods in this business, as a virtual personality. So, if you still don't know Lu, follow her on social media @ludomagalu, you will discover a digital world connected to the real world at the same time.