How Long Can You Last on Virgin America's BLAH Airlines? 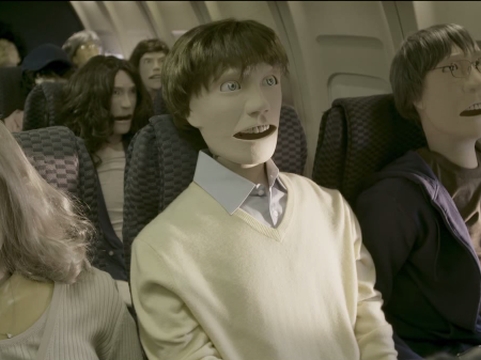 Virgin America and Eleven San Francisco have launched their most recent campaign. The campaign centers on showing people how much it sucks to fly a “blah” airline, by depicting the experience of a mundane flight from takeoff to landing. The result? A 5hour, 45minute film on board the aptly named BLAH Airlines - a generic new airline created in the image of the soulless flight experience offered by the mainstays of the airline category.

Flying under the mantra “We’ll get you there,” the film offers a real-time look at a EWR>SFO flight on Blah Airlines. The film is packed with hilarious “easter eggs” for viewers to keep watching. It’s the kind of flight you wish would stop, but somehow you can’t stop watching it.